Denmark Is Building a Spiral Treetop Walkway You Should Know About 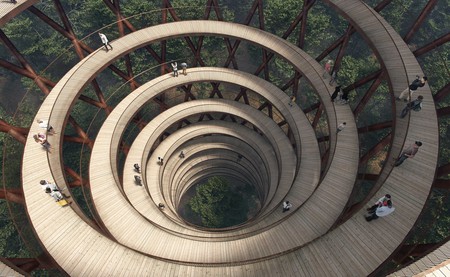 The Observation Tower will open in late fall 2018 | © EFFEKT

A 45-metre-high observation tower will open in autumn 2018 at Camp Adventure, Denmark’s largest climbing park offering a unique experience (and view) to thrill-seekers and nature-lovers.

A 600-metre-long spiral boardwalk will lead the park’s visitors to the top of the observation tower, which will stand above the forest’s treetops spanning 45 metres from the ground.

Camp Adventure is situated in Gisselfeld Klosters Skove, a preserved forest one hour south of Copenhagen. The area’s ancient trees along with lakes, creeks and wetlands compose a unique scenery that is a popular attraction of its own. 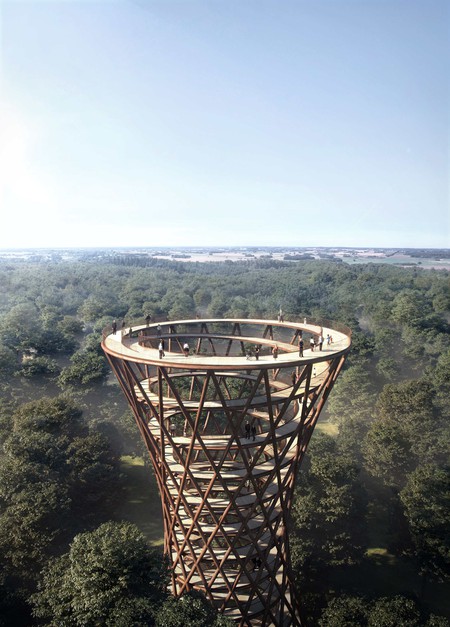 The Observation Tower will be 45 metres tall | © EFFEKT

EFFEKT, the architectural company that designed the observation tower, used for the surface of the ramp 7,750 timber boards collected from nearby forests to create a building that fits the surroundings. For the structural elements it used corten steel not only because it’s maintenance-free but also because its brownish colour matches with the area’s natural elements. The preservation of the environment was a top priority for the architects at EFFEKT, so the construction of the magnificent tower was made with minimum disturbance of the environment. 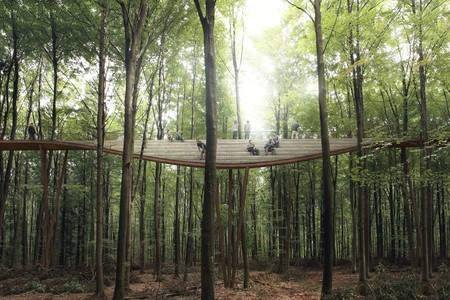 The treetop walk is split into a higher and a lower walkway. The high walkway will pass through the oldest parts of the forest while the tower and the lower walkway are located in the younger areas.

At the top of the curving tower, visitors will be able to enjoy a 360° view of the hilly landscape while the boardwalk will feature special areas that will allow visitors to catch their breath on their way to the top. Moreover, Camp Adventure made sure to include several activities for nature enthusiasts who want to learn everything about the forest or adventurers who just want to play in it.

The impressive spiral observation tower is set to open in late fall 2018, so Danes are already looking forward to climbing to the top. 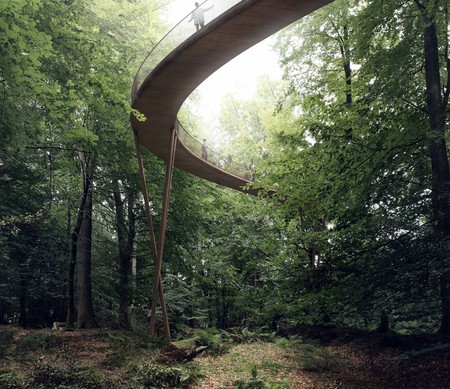