Christmas Traditions Only Danes Would Understand 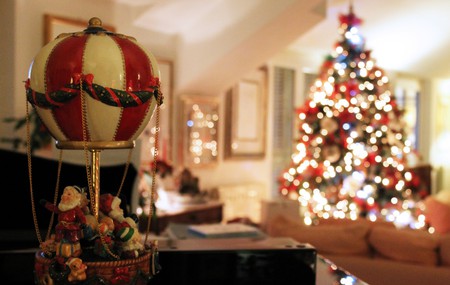 Christmas is around the corner and every country has its own customs for celebrating this special time of the year. Aside from the Christmas markets and a bunch of fireworks that light up the sky on New Year’s Eve, Danes have some special traditions that may sound bizarre to non-natives.

On the December 13, children in Denmark are dressed in white clothes to visit schools, retirement homes, churches, and hospitals while holding candles in their hands. It’s St. Lucia’s day (Luciadag). Even though this tradition is Swedish it was imported to Denmark in 1944 and is celebrated every year ever since. According to the legend, Saint Lucia was a martyr who brought food to Christians that were hiding in the catacombs and in order to light her way she used a candle-lit wreath. Therefore girls also wear a crown of candles on their heads. If you’re in Copenhagen on that date don’t miss the Lucia Parade in Tivoli Gardens, where hundreds of girls walk through gardens singing hymns. 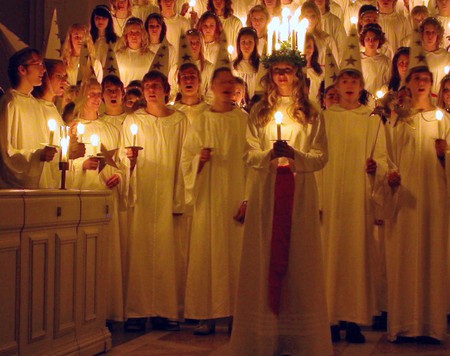 Every year in Christmas the Danish television channel DR presents a special Christmas show that starts on the 1st of December and lasts until Christmas Eve. This 24-episode show aired for the first time in 1962 but it became such a success that became a tradition that lasts until nowadays. This year there will be three new television “Christmas Calendars” for young and old Christmas lovers. 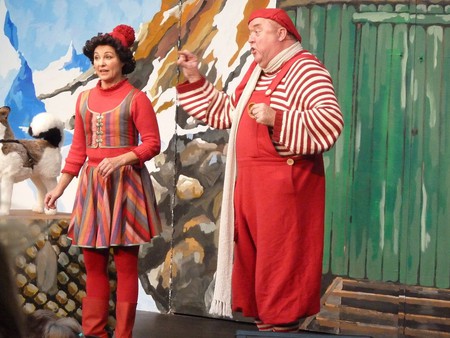 A Christmas calendar full of candies

From the middle of November, supermarkets in Denmark are filled with Christmas knickknacks; from Santa Claus dolls and scented candles to colorful lights and wrapping paper. The one thing that never misses Danes’ houses, though, is Advent Calendars. What makes this calendar so special is that is divided into 24 parts, equal to the days until Christmas, and each one of these parts has a chocolate bar or candy. Some people, of course, don’t strictly follow the tradition and by Christmas Eve all 24 parts are already empty. 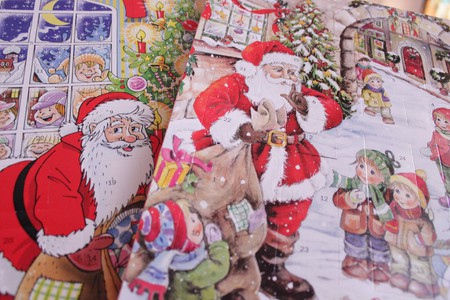 Some weeks before Christmas, every person in Denmark receives an email with an invitation to the year’s Julefrokost, which translates to Christmas Lunch. This invitation can be from friends, relatives, or colleagues. Most Danes love this tradition and make sure to never miss it. Plus, in some cases, refusing to attend Julefrokost is considered impolite. It should be noted that this tradition is also popular in Sweden and other Scandinavian countries. 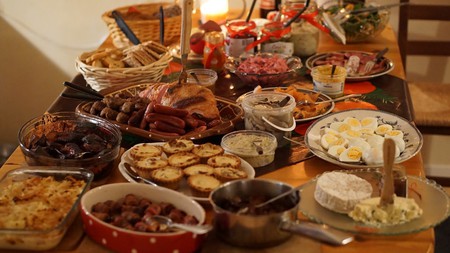 Roll a six with a dice and get an extra present

Pakkeleg is a quite famous Christmas game and is usually played among family members at Christmas dinner or at the work’s Julefrokost. The main rule is that everyone has to bring a small and cheap gift that will be placed along with the rest in the middle of the table. The rest is based on luck. Each participant has a dice and whoever rolls a six can take a present from the pile. When all the presents are “distributed” the game continues for five minutes, only this time whenever someone rolls a 6, they can take another participant’s gift. After these last five minutes, some will leave empty handed while others will leave with their bag full of goodies. 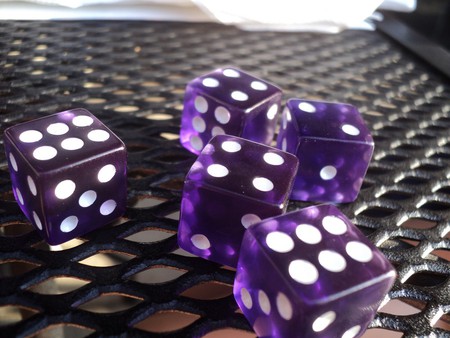 Sweeten up Nisse with rice pudding

This isn’t a special Danish tradition, as every country has legends and stories, for Christmas elves that appear during that special time of the year. But it is worth mentioning that in Denmark as well as in the other Scandinavian countries the mythological creature that visits people’s houses on Christmas Eve is Nisse. According to the myth, the playful creature expects to find rice pudding or porridge for him on the terrace. In order to bring luck in the coming year, some Danes still make sure to have prepared the Christmas delicacy the day before. 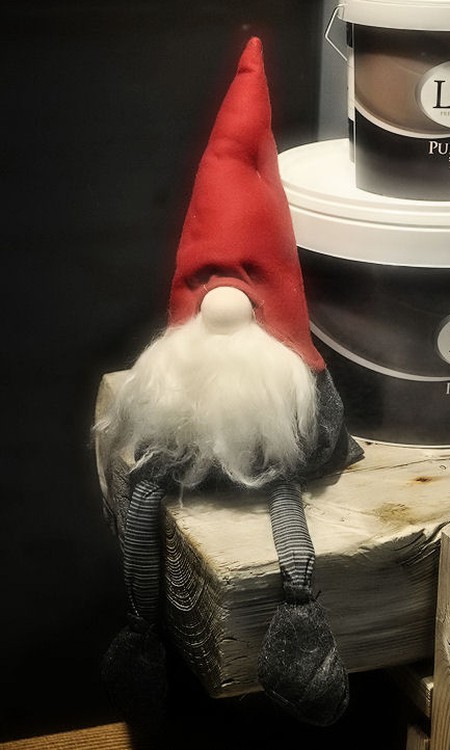 Find the full almond in the dessert

Risalamande is a traditional Danish dessert that never misses the Christmas festive table. Cold rice pudding with whipped cream, sugar, vanilla, and peeled chopped almonds are the ingredients that are used for the preparation of the delicious dessert, usually served with cherry sauce on top. According to the tradition, after Christmas dinner, the dessert is served in a bowl and has one whole almond in it. The one that finds the almond gets to get a present. In some families it’s a tradition to let the oldest members of the family eat first from the bowl so they’ll have a higher chance of being the winner. 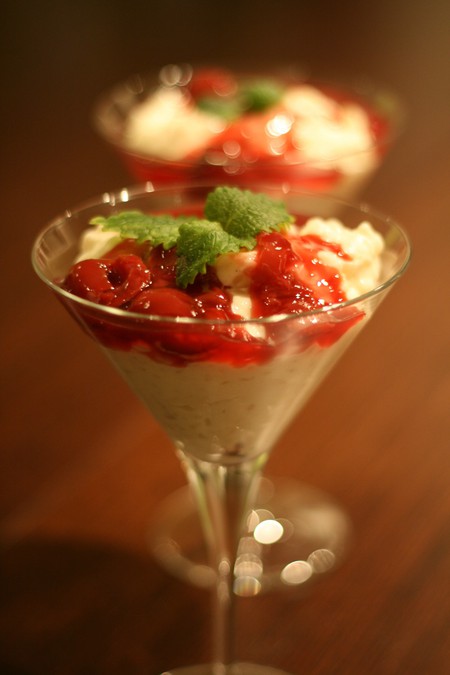 Dance around the tree

Once everyone has cleaned up their plates and the Christmas dinner is over, it’s time for some singing and dancing. Everyone, no matter their country, likes to end their Christmas dinner on a happy note. The difference is that Danes dance around the Christmas tree while singing Christmas songs, carols, and hymns. “Nu er det jul igen” (“Now it’s Christmas again”) and “Dejlig Er Den Himmel Blå” (“Lovely it’s the blue sky”) are among the top choices for that special moment. 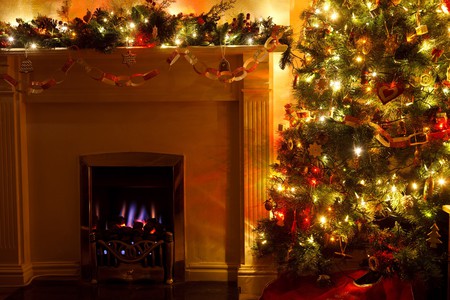 J-Dag: celebrating the launch of the Christmas beer

This special Christmas Beer, or as Danes call it, Julebryg, is a special beer that is delivered to the country’s pubs and supermarkets on the first Friday of November. J-Dag, as it is known in Denmark, has been taking place since 1980 and is now considered a tradition. Carlsberg employees are in the streets dressed in Christmas costumes and give free beer to Danes, who after they’ve had a glass or more, hit the city’s bars. Even though Jylebrug is sold only for about six weeks, it is the fourth most sold beer in Denmark. 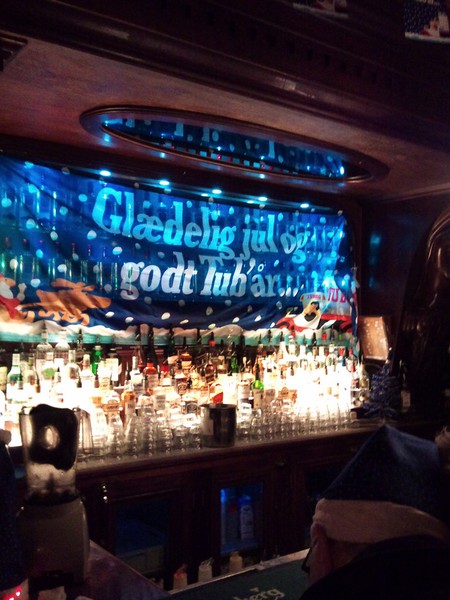