"Bugs" Will Make You Hungry to Change the Food System 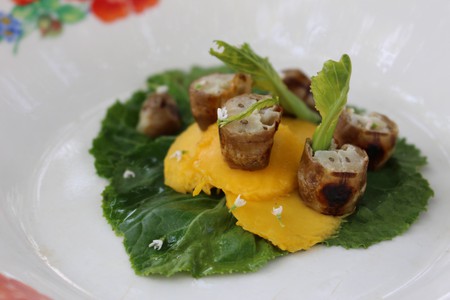 Chef René Redzepi, of the world-renowned restaurant Noma, has been serving bugs to billionaires for years. Ants—sometimes live—have appeared in many of his pricey tasting menus; a well-known fact that never deterred diners, as Noma kept a long waiting list until it closed its doors earlier this year in preparation for its relaunch this winter.

Noma’s founders established the Nordic Food Lab, based just across the way from the restaurant’s original Copenhagen location, to investigate “food diversity and deliciousness.” Known for exploring the potential of ingredients native to Scandinavia, Redzepi charged this nonprofit with investigating what, and how, other cultures eat—particularly those that already incorporate insects into their diets. 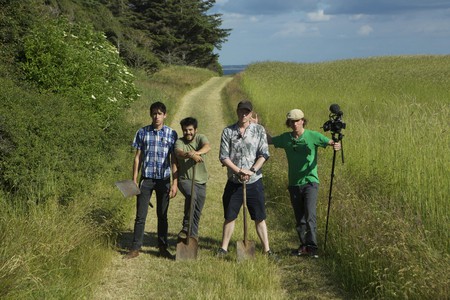 It’s expected that insects will become a vital food source in the near future. The United Nations estimates that the planet will be home to more than 9 billion people by the year 2050, and food production will need to increase by 70 percent. According to the UN’s Food and Agriculture Organization, insects will be a crucial part of our future diets. Bugs are protein-rich and vitamin-packed, a food source both plentiful and underutilized.

Whereas most insect-eating advocates are in it for the practicality of finding alternate food sources in the face of what the UN claims is an impending food crisis, the Nordic Food Lab seems to take more of a culinary anthropologist’s role in this documentary. The camera follows two charismatic researchers around the globe as they seek to learn from insect-eating cultures. What do they eat? the researchers ask. How are the bugs prepared? And, perhaps most importantly, Are they delicious?

We get to see them digging termites from a massive hill in Kenya and foraging for venomous giant hornets in Japan. Delicacies devoured range from a seared termite queen on mango slices, to escamoles (ant larvae) in a tortilla, served up by chef Enrique Olvera at Mexico City’s famed Pujol. 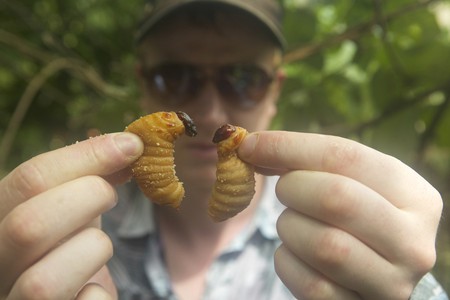 Plenty of other questions are raised, however. Rather than taking a starry-eyed look at a promising new food source, these researchers take a skeptical look at the sustainability and social welfare issues surrounding the sourcing of these foods, as well as the potential problems with the industrialization of insects as protein sources. Far from blindly advocating an across-the-board increase in the consumption of insects, the researchers discuss what it will mean when companies like Nestle and PepsiCo jump onto the bug-eating bandwagon. Will insects be just another part of our broken food system, or the thing that saves it? This compelling film instigates an important conversation.

Bugs is showing September 27–October 3, at Film Forum in NYC.

Interested in trying insects yourself? Here are our favorite places to get them in NYC.