Bornholm Is Denmark's Secret Food Island You Need to Visit 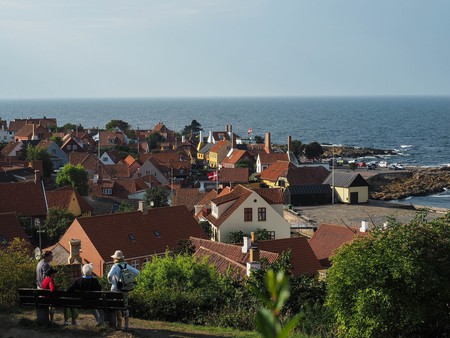 Imagine a place with local eateries and high-end restaurants, cookery competitions and food festivals and a city that brims with candy shops and chocolateries located in the middle of the Baltic Sea and surrounded by sandy coasts and vast forests. Welcome to Bornholm, Denmark’s crown jewel and the country’s up-and-coming gastronomic destination.

A half-hour flight from Copenhagen, somewhere in the middle of Sweden, Germany and Poland, lies Bornholm, a tiny island known for being the sunniest place in Denmark. The 588.3-square-metre (227-square-mile) island with less than 40,000 inhabitants holds a special place in locals’ hearts. Most Danes have at least once spent their summer holidays there as kids, and they still head to their little paradise for short weekend escapes or at least once a year in order to attend the People’s Political Festival, an annual event where more than 100,000 people, politicians and organizations from Denmark and elsewhere meet to debate about current political and social issues.

The long, sandy beaches in the south, the Almindigen Forest in the middle and the rocky cliffs in the north of the island combine with the small, scenic villages. Here, instead of luxury hotels, you’ll see small, colourful houses composing a unique scenery unspoiled by tourism. But this isn’t the only reason Denmark’s hidden gem has become a magnet for tourists and locals. It’s the island’s culinary scene that has put Bornholm in the spotlight. 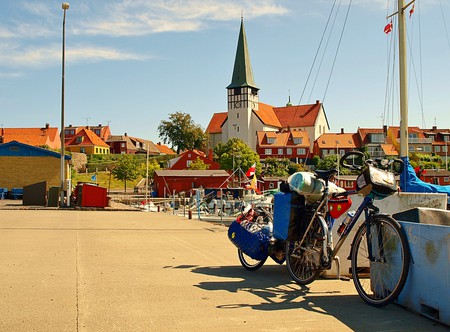 The story of how Bornholm became a popular gastronomic destination starts in the 80s when a crisis struck the local fishing industry and most jobs were lost. The inhabitants decided to use the island’s natural resources and cultivate local products. The warm and sunny climate worked in their favour, so it didn’t take long before the Bornholmians left their past as fishermen behind.

When the New Nordic Cuisine movement appeared in the early 00s, restaurants in Copenhagen were obtaining their ingredients from Bornholm. The movement’s philosophy is to use only seasonal and local products, but with Denmark’s cold climate (to say the least), there aren’t many places in the country where fruits and vegetables survive through the winter. That’s how from being a fishing village (and the island where most Danes have their summer houses), Bornholm became known as the place that supplied fresh mushrooms, organic meat, dairy products, you name it, to most Michelin-starred restaurants in Denmark. 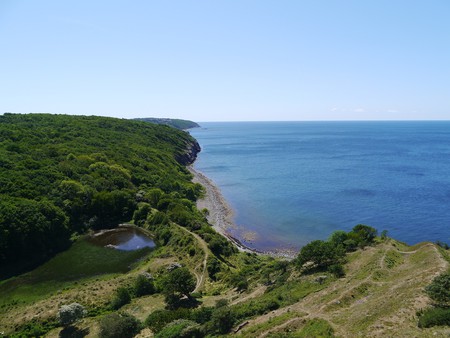 In 2007 Nikolai Nørregaard, a local chef, thought that since so many high-end restaurants used his hometown’s ingredients to make delicious gourmet dishes, why not open a restaurant in the place these ingredients originally grow? So, Kadeau, the island’s Michelin-starred restaurant, was born and its reputation reached chefs and foodies across the globe and put Bornholm on the gastronomic map.

The same year Johan Bülow, another Bornholmian, opened his first store with his liquorice sweet treats in the city of Svaneke on the eastern coast of the island. Today ‘Lakrids by Johan Bülow’ is an internationally renowned brand with stores all over the world. Several locals followed Bülow’s example and today Svaneke brims with candy shops, chocolate factories and ice cream parlours.

Living up to its reputation as a top culinary destination, Bornholm now offers several events for foodies to live the complete culinary experience. The cookery competition ‘Sol over Gudhjem‘ which take places in June at Gudhjem Harbour or the recently launched ‘Culinary Island – Bornholm’s Food Festival’ that takes foodies on a four-day gastronomic trip through the island’s secret corners and tastes, are only some of them.

Over these 10 years since Kadeau opened, Bornholm has seen many changes with more to come, but luckily the island still preserves its authentic character. Visitors can still find traditional smokehouses serving the island’s local smoked herring specialty, and spend some days of relaxation on the golden, sandy beaches surrounded by the island’s peaceful and stunning scenery. 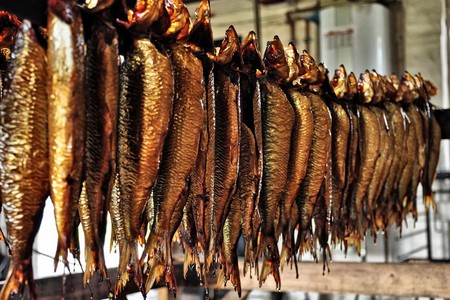