Bornholm Is Denmark's Baltic Gem You Need to Know About 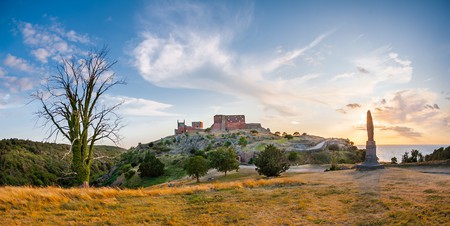 Between Poland, Germany and Sweden lies an island that displays the beauty of Danish landscape, a rapidly emerging culinary scene and an enticing atmosphere that reveals the area’s bohemian past; back when painters and artists of all kinds claimed the island with their brushes and colours. This is Bornholm island.

The fact that Bornholm holds the title of the sunniest place in Denmark with the longest hours of daylight, might just be the main reason why this tiny island was a hub for artists during the early 1920s and a true magnet for travellers nowadays, though not the only one. The diverse landscape with white sandy beaches, vast forests and rocky hills, in combination with the unspoiled surroundings, make a trip to Bornholm difficult to resist.

Even though much has changed since Bornholm was popular among artists, whose works are now available at Bornholms Kunstmuseum, the signs of its erstwhile glory and rich history are still apparent. Over the past few decades, the little Danish island once a fishing village, progressively came to be a romantic getaway for couples and a renowned foodie destination; home to Kadeau, a Michelin-starred restaurant.

Whether opting to fly in from Copenhagen or driving all the way to Ystad, a Swedish city that stands on the other side of Øresund Bridge and taking the three-hour ferry ride, the beauty of Ronne, Bornholm’s capital will not disappoint. The first glance ashore alone offers visitors a glimpse into the past with its diverse architecture. Aptly nicknamed ‘new bomb houses’, the yellow and red brick houses that stand on the streets of Rønne were built on the remains of the houses destroyed in WWII, after a Russian bombardment left the small city in ruins. Among them stand a few half-timbered buildings that miraculously survived the attack, as well as some so-called ‘Swede’ houses, the neighbouring country’s benevolent contribution in the effort to rebuild the island. Take a stroll down the narrow alleys and discover the buzzing market in St. Torv in the centre of the town before heading a little way out of town for a taste of the traditional Danish herring at Arnager Smokehouse. 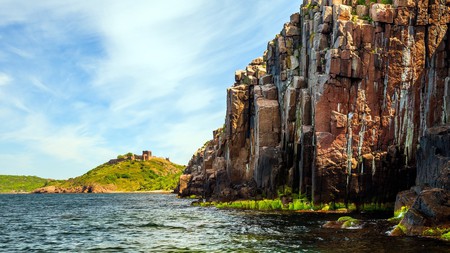 While diving deeper in the island’s more hidden corners and witnessing the island’s landscape and historical landmarks along the way, you will undoubtedly come to understand why Bornholm is often called Denmark’s crown jewel. With one-fifth of the island covered in woodland and forests, Bornholm takes pride in being the most forested county in Denmark. The largest forest in the centre of the island called Almindingen along with Paradise Hills (Paradisbakkerne), the island’s hilly area on the eastern coast, are paradise for hikers and nature enthusiasts. Head up north to visit Hammershus, a medieval fortress which is the largest castle ruin in Northern Europe and spot the four round churches that date back to the 12th century. 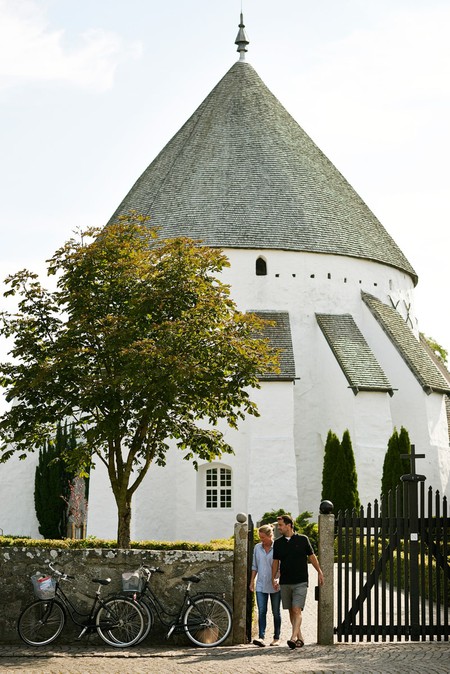 Even though there are many reasons to have Bornholm on your bucket list when visiting Denmark, it wouldn’t be an exaggeration to say that travellers choose it first and foremost because of the long white beaches with the crystal clear waters. From the rocky beaches with majestic cliffs at the northern part of the island to the sandy coasts with their calm waters in the south, Bornholm’s coastal landscape will satisfy even the most demanding visitor. Dueodde, Hullehavn, Onsbæk and Melsted are some of the most well-known beaches but feel free to go off the beaten path and discover the small pristine beaches that are usually frequented and enjoyed solely by locals. 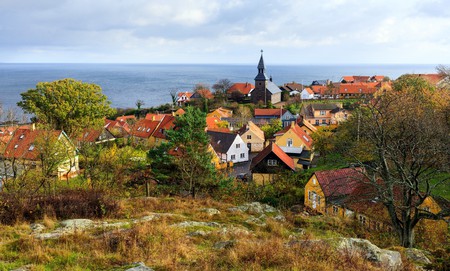 The city of Gudhjem in Bornholm | © VisitDenmark
Give us feedback