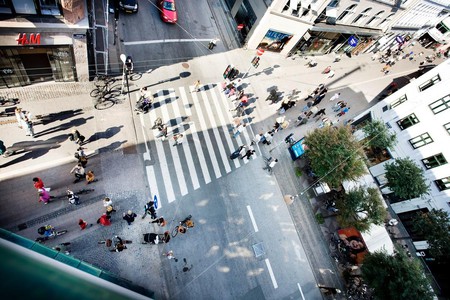 City breaks for short or long getaways in the summer are fun, easy to arrange and they whet our appetite for more travelling in the upcoming winter. Summer city breaks in Denmark, though, are even better because July is the hottest month and even the largest Danish cities have all the benefits a city break offers (like cheap plane tickets and lots to see), but without the cities’ hustle and bustle.

With a great number of historical museums and modern art galleries, a summer agenda full of cultural events and music festivals, a strong culinary scene with top-notch restaurants serving the best of New Nordic cuisine, high-end boutiques featuring unique pieces of Scandinavian fashion and a vivid nightlife, Copenhagen has it all for the ultimate summer city break. Denmark’s capital worth a visit all year round but in the summer locals hit the city’s flourishing parks and outdoor harbour baths, cafés and restaurants set their tables on the cobblestone streets and with so many festivals and concerts, you get the feeling that the whole city is in a festive mood all the time. 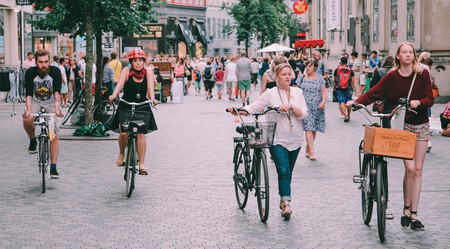 Aarhus has always been a favourite destination among Danes but it wasn’t a popular destination to foreigners, as Copenhagen has always been Denmark’s jewel. However, over the past few years the country’s second-largest city has undergone many changes and now is finally on the spotlight. What once used to be an industrial area has now been transformed into a cultural hub with Dokk1 library and the peculiar Iceberg building being the main attractions. The city’s gastronomy scene boasts four Michelin-starred restaurants, while foodies who travel on a tight budget will find plenty of choices to fill their hunger. ARoS museum and the numerous modern art galleries prove that Aarhus has fairly earned the title of the European Capital of Culture 2017. 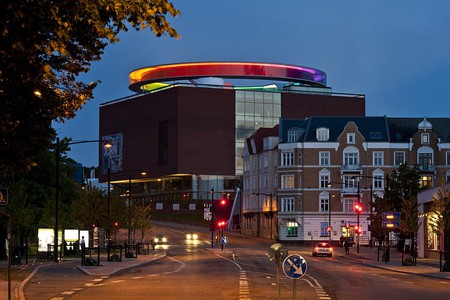 With its cobblestone alleys and colourful houses, Odense looks like a postcard. The picturesque town on Fyn Island where Hans Christian Andersen was born two centuries ago is the perfect destination for those who want to take a city break without experiencing traffic jams, packed buses and noisy streets. In Odense, everything is in walking distance or, to put it better since we’re talking about a Danish city, within biking distance. Visit Hans Christian Andersen’s home, relax at the cosy cafés and stylish restaurants and taste authentic Danish beer in the town’s underground pubs and stylish bars. 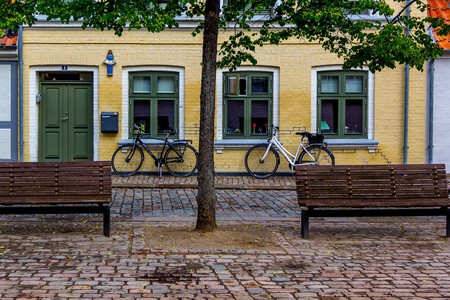 Odense is a scenic city on Fyn Island in Denmark | © Nelson.L / Flickr

Aalborg may not be as popular as Aarhus or Copenhagen, but it has its own character and quite a few attractions. Denmark’s fourth-largest city has seen rapid development in the last few years and is now a popular destination for different types of travellers. Families choose Aalborg for their summer holidays due to its calm atmosphere. Culture buffs know there is a lot to see, starting with Utzon Center and Kunsten Aalborg’s museum of modern art. With so many universities and students it’s not hard to guess why Aalborg has also become a favorite destination for millennials. 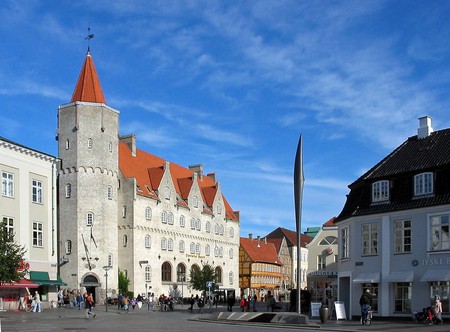 Helsingør is a small city but with a great history and a strong cultural scene. Every year, thousands of tourists travel to eastern Jutland to visit Kronborg Slot, better known as Elsinore Castle from Shakespeare’s drama Hamlet, which has been standing on the same spot on Zealand’s most northeastern tip since the 15th century. Helsingør is a small town that still preserves its authenticity so, don’t expect to find Copenhagen’s cosmopolitan atmosphere but instead, cute little cafés, narrow streets you can discover on your own or with a guided tour and many historical sites that show the city’s medieval past. Plus, the new maritime museum, Louisiana Museum of Modern Art and some of the country’s most notable castles are in close distance. So, culture lovers: put your comfortable shoes on because there is a lot to see. 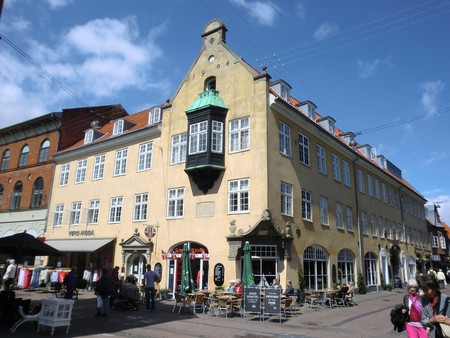 Esbjerg is known as the shopping mecca of the West Coast because it has the longest shopping street in Denmark and BROEN, the largest shopping centre in West Jutland. The seaport town has a bit more than 100,000 inhabitants, which makes it the country’s fifth-largest city. Outdoor flea markets, festivals, music concerts and other events take place throughout the summer, creating a vivid atmosphere you can feel all over the city. If you want to add a bit of nature to your city break vacation, you’ll find plenty of choices close to Esbjerg. 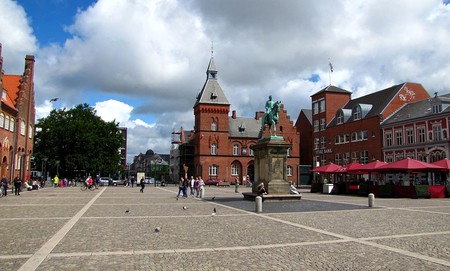