All the Scandinavian Dating Rules You Should Know 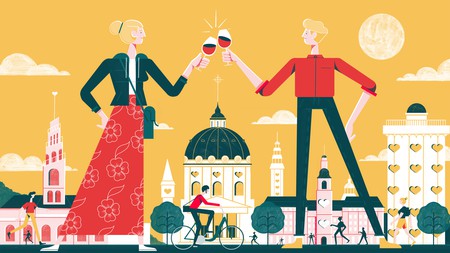 Dating in Denmark can be tricky for foreigners who aren’t familiar with Scandinavian culture. It is said that Danes don’t date in a traditional way—they tend to skip the flirting phase and be very direct about their feelings. Of course, when it comes to romance, every person is different, but these tips may prove very helpful for expats.

Alcohol is your friend

Your chances of scoring a date are high is you suggest meeting at a bar. Danes are at their most sociable in bars. While, typically, Danish people aren’t very talkative with strangers, they will start to loosen up after their third beer (which usually marks the beginning of the night). Plus, many Danish bars have long wooden tables that can be shared by more than one group of friends, so grab one and get into a conversation. Tip: talk with the friends of the person you like before giving your crush extra attention. 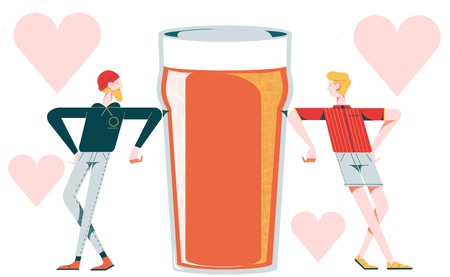 Both girls and boys make the first move

In many countries there is a “flirting pattern”: men make eye contact with women, approach them, start a conversation and ask for their phone number. Then they’ll take them on a date. This is not the case in Denmark. Here, it is quite common for women to make the first move, a custom which could be attributed to the fact that Danish society has been built on an egalitarian model—everyone is considered equal. Danish boys are known to be shy in comparison to other countries’ and they aren’t very familiar with flirting. So, if you like someone, don’t wait for them to take the initiative, give it a try and you may be rewarded.

Taking someone out for dinner on the first date is quite common in other cultures, but Danes don’t appreciate it very much. There’s a risk of getting stuck on a table for hours with long awkward silences and an expensive bill at the end. Try to be more creative. You don’t have to come up with a crazy idea, but something more casual like a walk around the lakes or a picnic at the park (depending on yours and your date’s taste) may go down better. Make sure to include a six pack of beers if you want to break the ice faster.

Danes are stylish, but they rarely wear fancy clothes—they know better than anyone how to combine comfort with style. A fashionable outfit will definitely be appreciated, but keep in mind not to over do it or you may end up feeling very uncomfortable.

Don’t be too stingy (or too generous!)

Men shouldn’t insist on paying the bill and women shouldn’t expect as much. In Denmark, it is more common to split (although certain people may still carry those traditional expectations). If you’re hitting the city’s bars, offer to buy the first round of beers and we bet that your date will offer to pay the second. It’s a nice way to avoid any awkwardness when the bill arrives. 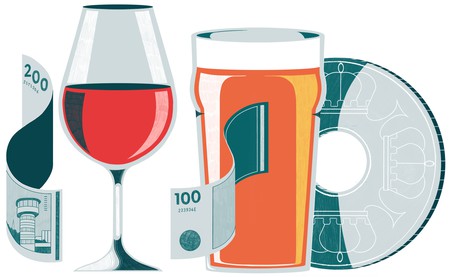 Danes’ directness has its advantages and its disadvantages. The good part is you almost always know what’s going on. If someone likes you, chances are you’ll know right from the beginning. It’s great—you don’t have to struggle to understand what they’re thinking and, if confused, you can always ask (provided you aren’t afraid of the answer). The awkward part is that expats aren’t used to that kind of directness and, in some cases, it makes them feel uncomfortable. Embrace their directness and enjoy the fact that you have one thing less thing to worry about.

Learn to be direct

Even though the previous ‘rule’ should have been enough of a hint, we thought we should say it out-right: Danes appreciate directness. So, feel free to skip the standard phrases (“you have the most beautiful eyes/hair/face/lips I have ever seen”) that you might usually use before asking someone out. If you do well on the date you’ll have plenty of time to express what attracted you in the first place. But remember: being direct doesn’t mean being rude. Make sure to have learnt the difference before entering the Danish dating scene.

Danes don’t like talking to strangers—it’s more likely you’ll have success if you know the person from work or they are a friend of a friend (though we understand that making Danish friends is a whole courtship in itself). Even though Danes are comfortable with one-night stands with people they don’t know well, bagging a date is more difficult. However, as previously mentioned, it will always depend on the person.