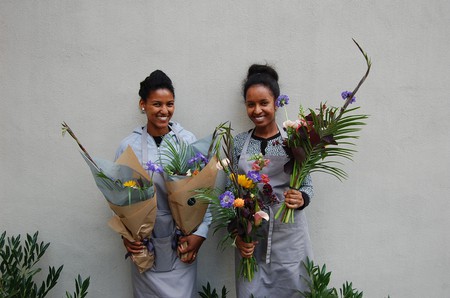 Every week for three hours, the Bike & Bloom girls set up their Christiania bike flower shop, inviting passersby to have a look at their colourful flowers. Most of the time, the bike’s trailer is empty before the end of their shift, with people sometimes stopping them for flowers whilst riding their bikes.

Driven by their slogan ‘creating jobs for refugees – one bouquet at a time’, Benedikte Preuthun Mortensen, the founder of Bike & Bloom, and her team creates wonderful bouquets that are sold in two of Copenhagen’s coolest neighbourhoods, Vesterbro on Fridays and Nørrebro on Saturdays.

Last year when Mortensen opened the unusual floral shop she was only able to hire one employee. However, today, through hard work and commitment, Bike & Bloom has four florists and an intern who, with the help of the rest of the team, is now learning how to make her own flower creations.

The philosophy behind the recently opened socio-economic company is to help refugee women integrate into Danish society by offering them the chance to gain work experience and strengthen their language skills in a friendly environment that will also introduce them to the Danish culture. 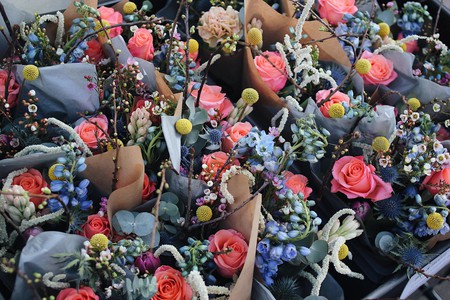 After undergoing training, the four employees proceed to work part-time while practicing their skills. Meanwhile, six volunteers hit the streets two days a week to sell the florists’ amazing ‘weekly bouquets’. All of them attend Danish lessons, so working part-time helps them keep up with their language course.

‘Our vision is to facilitate creative pathways for integration by opening a space in which our employees can improve their Danish language skills, gain work experience, learn about Danish culture and build confidence going forward’, Velina from Bike & Bloom told Culture Trip.

Popular in Copenhagen, the weekly bouquets are also sold in different stores around the city. Sirin in Frederiksberg, Copenhagen’s high-end neighbourhood; Mèlange de Luxe on Nørrebro’s popular Ravnsborggade street; The Organic Club in Vesterbro and Østerbro; and Nova Møbler in the centre of Copenhagen and in Valby are some of what the floral company calls ambassador shops. The stores receive fresh new flowers every Thursday and are up for sales until Saturday. By the end of the weekend, they are usually sold out and all the profits go back to Bike & Bloom. The profit is used to create new positions at the company for refugee women living in Denmark, so their motto ‘creating jobs for refugees – one bouquet at a time’ isn’t just a line but the whole concept behind Bike & Bloom.

So, if you see their filled-with-flowers bikes or pass by one of the ambassador shops make sure to stop by and check out their beautiful bouquets. 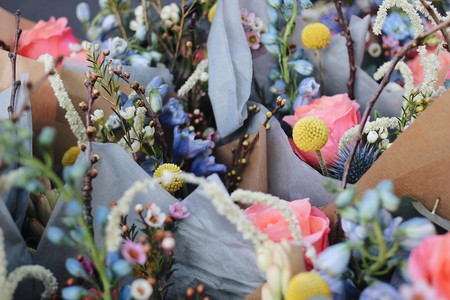