Copenhagen overview | © Alejandro/ Flickr
In 2006, Stockholm launched a campaign under the tagline “Stockholm: The Capital of Scandinavia”. Eleven years later, the heated debate among Scandinavians about which city deserves this title still rages on. Even though Stockholm is a cultural hub with a long history in design and architecture, its close neighbour Copenhagen also features some distinctive traits that make it stand out. Here are some examples below.

Due to its small size, Copenhagen is the ideal destination for short term vacations or for travellers who enjoy discovering a city on foot or by bike. Picturesque neighbourhoods, buildings that every architect would admire and numerous green parks are only some of the things a tourist will come across while visiting Copenhagen. However, despite its small size the city offers a wide range of activities, sightseeing and cultural events that will keep even the most demanding traveller satisfied.

Copenhagen from Above © Manu Schwendener / unsplash

Denmark is the birthplace of some of the most well-known historical personalities such as Hans Christian Andersen, Søren Kierkegaard and Niels Bohr. For the greatest part of their lives, these three men lived and worked in Copenhagen and have left their mark on almost every corner of the city. Take a walk around Nyhavn to explore H.C Andersen’s neighbourhood, check out the ‘’Niels Bohr Institute’’ founded by the Nobel Prize winner in 1921, or stroll through the Assistens Kirkegård cemetery to visit their final resting places.

It’s the home of Hamlet

Situated at Helsingor, approximately one hour by train away from Copenhagen, Kronborg is not only a historical monument worth visiting, but also a great reason to take a day trip from Copenhagen. Known as Elsinore castle, Kronborg is the place that inspired Shakespeare to write one of his most known plays, “Hamlet” nearly 400 years ago. All year round guided tours take place through the castle’s corridors and hidden dungeons, while during the summer, actors bring the famous play to life in its original setting. 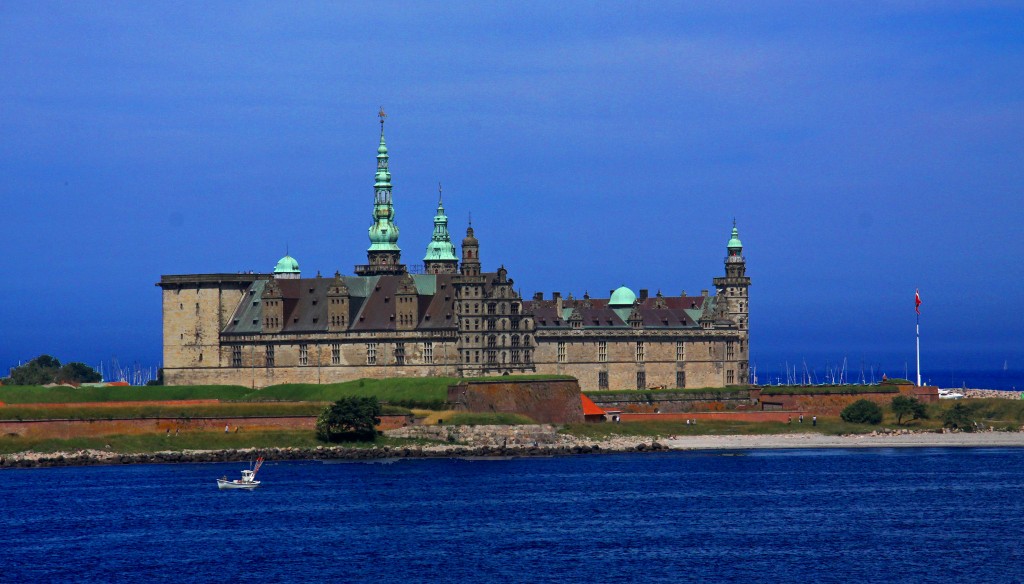 No matter what time of the year it is, Copenhagen never disappoints its visitors or locals when it comes to music festivals and cultural events. Even though during the spring and summer months the city offers more options to its guests, the new festival season begins as early as October with “Culture Night” welcoming connoisseurs to various art exhibitions, and “CPH PIX film festival” attracting cinephiles from all over the world. For an experience to remember, keep an eye out for the city’s music festivals that cover a wide range of musical genres, from jazz and ambient to metal and electronica.

The Freetown of Christiania is one of the main tourist attractions in Copenhagen mainly because of the famous Pusher Street where up until recently around 25 stalls were openly offering all kinds of weed to tourists and locals. However, this is far from all that Christiania has to offer. It is the great view of the lake with the bizarre colourful houses around it, the bakery with its delicious cheap delicacies, and the various cafes and restaurants with the friendly faces and welcoming atmospheres.

With such a long history in the jazz scene, it’s no surprise that Copenhagen is home to some of the most reputable music venues and clubs for jazz enthusiasts. Bars with late night jam sessions such as La Fontaine and clubs like Jazzhus Montmartre hosting world-renowned musicians, add to the city’s unique atmosphere, filling the air with tunes until the early hours.

There are no alcohol restrictions

Unlike Sweden, Denmark’s rules on alcohol are far from strict. Supermarkets, kiosks and liquor stores sell any kind of alcohol, and most of them stay open until late at night. Once the long dark winter is gone, all the parks and lakes around the city get packed with Copenhageners and tourists soaking up the sunlight while enjoying cold beer. Gathering by the lakes at Dronning Louises bro (the bridge that crosses them), or relaxing on the grass at Frederiksberg’s Gardens becomes a ritual for the locals and tourists alike.