10 Danish Films That Will Introduce You to Dogme 95

So, you’ve heard about Dogme 95, but you’re not sure what exactly it is or which movies represent it. If you’re interested in a short introduction to Lars von Trier‘s film movement that started back in the 90s, this article is for you.

In the spring of 1995, the cinema world was celebrating the 100th anniversary of the Lumière brothers’ first film screening. Le cinéma vers son deuxième siècle, a conference about the future of film was taking place at the Odeon Théatre de l’Europe in Paris. Among other famous directors,  Lars von Trier was invited to talk about the future of cinema. It was then he first announced a new film movement he and Thomas Vinterberg created, called “Dogme 95” (Soren Kragh-Jacobsen and Kristian Levring would join them shortly after). After throwing red flyers of the “Dogme Manifesto” and the “Vow of Chastity” at the audience, he left the stage. Since that day and for the next 10 years, Dogme 95 would attract a spotlight to Danish cinema and would start various conversations among directors, critics and cinephiles. 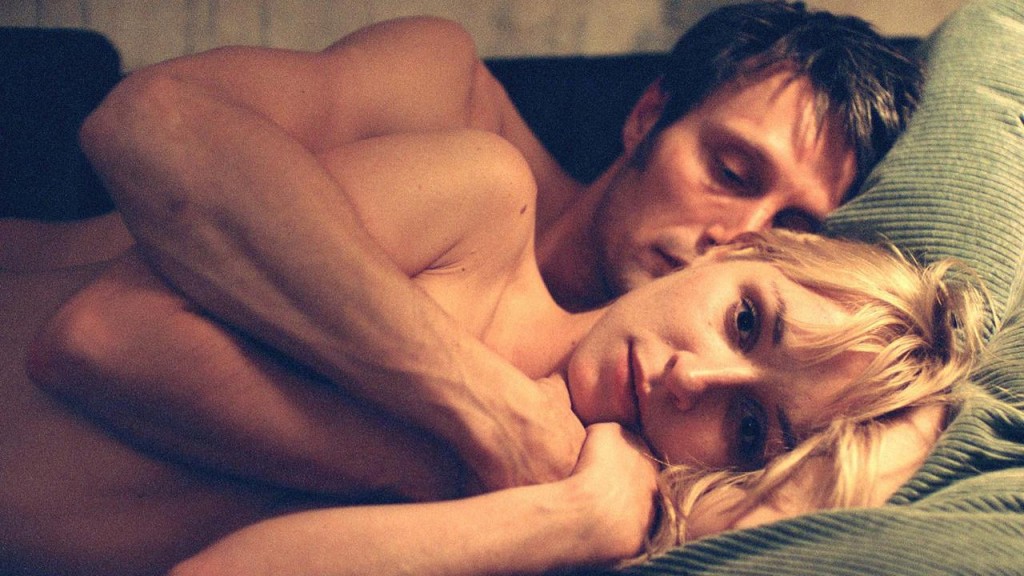 Which movies to watch:

The first film that was created based on the Dogme 95 rules, was Thomas Vinterberg’s Festen. The movie was released in 1998 with the English title The Celebration. Following the “Vow of Chastity”, which among other things dictates that the camera must be handheld, the movie was filmed on Sony DCR-PC3 Handycam on standard Mini-DV cassettes. The story takes place at a 60th birthday celebration dinner. Christian (Ulrich Thomsen) shocks guests and relatives when he decides to make a speech revealing that when he was a child, he was abused by his father. Festen earned several positive reviews from the cinema community and the audience and won many awards, including the Jury Prize at Cannes. 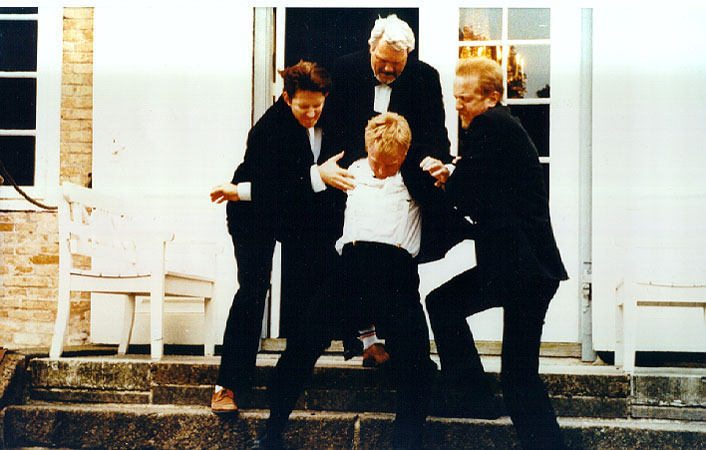 The black-comedy The Idiots (Idioterne in Danish) is Lars von Trier’s first Dogme film. It raised many discussions and attracted controversy among critics, beginning at the official screening at Cannes Film Festival in 1998. The story takes place in a home in the suburbs of Copenhagen, where a group of adults decide to bring the “idiot” side of themselves out and behave like the mentally disabled. A series of events start taking place, including sexual intercourse among the members of the group. The scene clearly depicts the erection of a man and as a result, in some countries it was pixelated. According to the director, it was his goal “to create a film that is amusing and at the same time disturbing”. 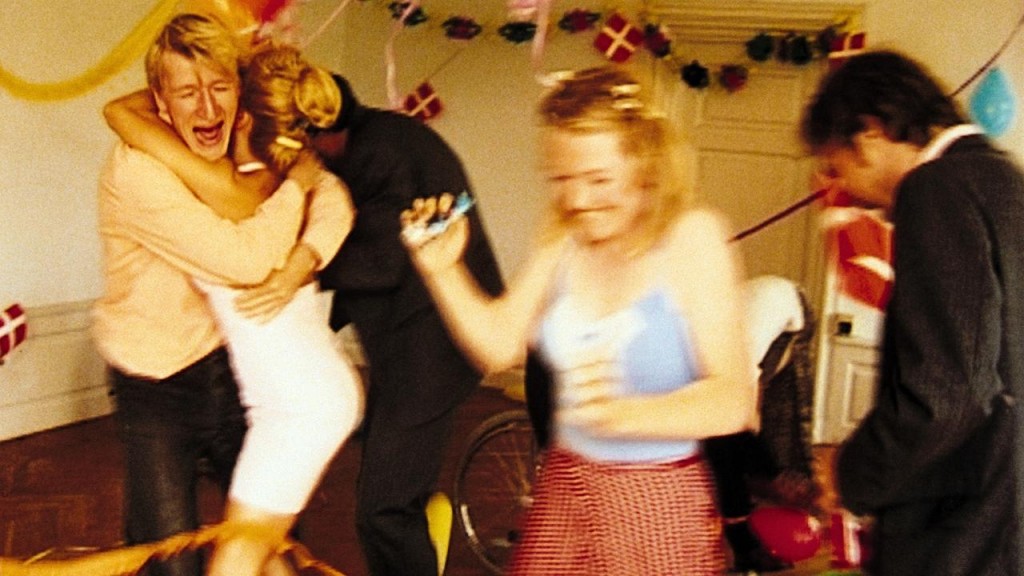 Søren Kragh-Jacobsen is the creator of the third movie that was filmed following the Dogme 95 rules. Mifune’s Last Song was released in 1999 and was instantly met with positive reviews from critics and the audience. Kresten (Anders W. Berthelsen) is a successful yuppie man who lives and works in Copenhagen, having left his past behind. On his wedding night, the phone rings and the voice at the end of the line tells him that his father has died. During his trip back to his hometown, Kresten reconsiders his perspective on life. 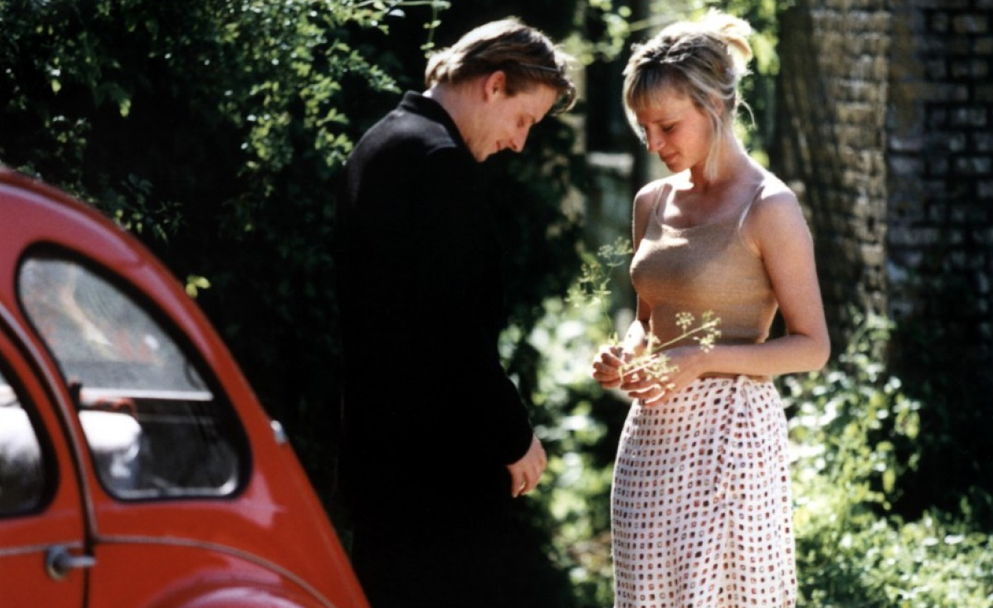 The King is Alive

The fourth movie following the Dogme 95 rules, directed by Kristian Levring, was released in 2000. A group of tourists are stuck in the desert after their bus breaks down with only some carrots for food and are forced to collect morning dew for water. One of them, Henry (David Bradley) suggests performing Shakespeare’s King Lear and the rest are persuaded to do so. The movie didn’t get rave reviews like the other three Dogme 95 films, but it is considered to be the best when it comes to digital-camera use and coloring. 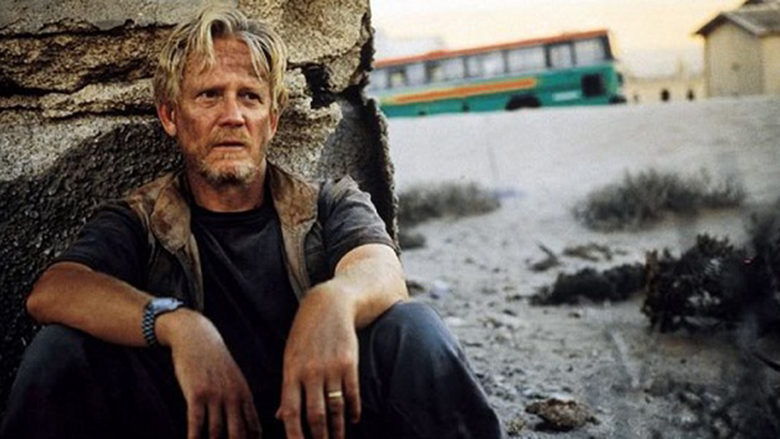 The King is Alive | © Zentropa Entertainments

Unlike the previous movies of the Danish movement, Italian for Beginners (2000) is a romantic comedy. Written and directed by Lone Scherfig, the film was shot both in Denmark and Italy. The story is based on two middle-aged people who fell in love after randomly meeting in an Italian teaching class somewhere in the Danish suburbs. The 12th Dogme 95 film won a place in the audience’s heart and was awarded with various prizes, including the Jury Grand Prix Silver Bear at the Berlin Film Festival. 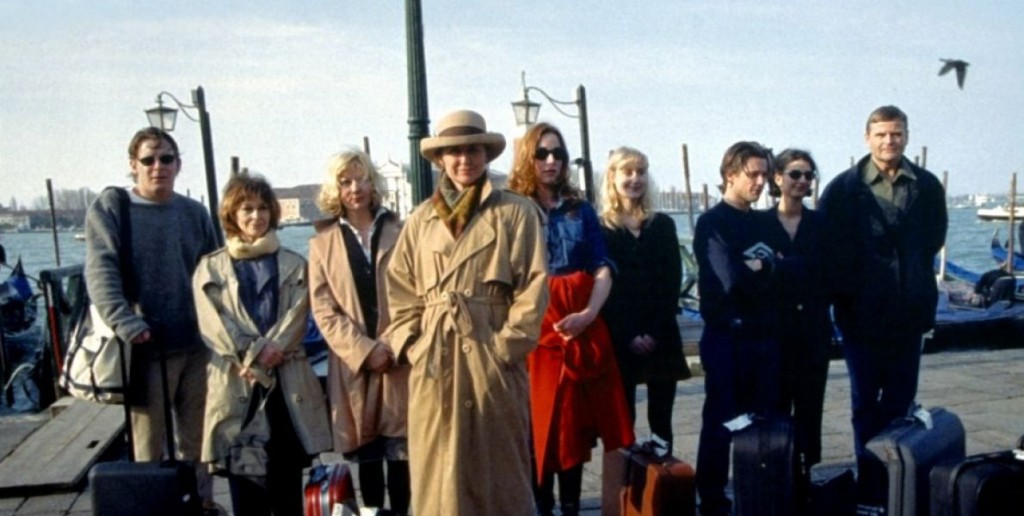 Another Dogme 95 film is Open Hearts, which focuses on human relationships while exploring the complex psychology of the characters. After a car accident, the lives of the four people involved change forever. Marie hits Joachim with her car, who is hospitalized and stays tetraplegic. In the hospital his fiancée Cecilie falls in love with Niels, who is Marie’s husband. The two of them decide to leave together, abandoning their families. Susanne Bier’s drama was released in 2002 and it was the 28th Dogme 95 film. Critics and audience loved it and it was awarded as the Best Danish Film in 2003. 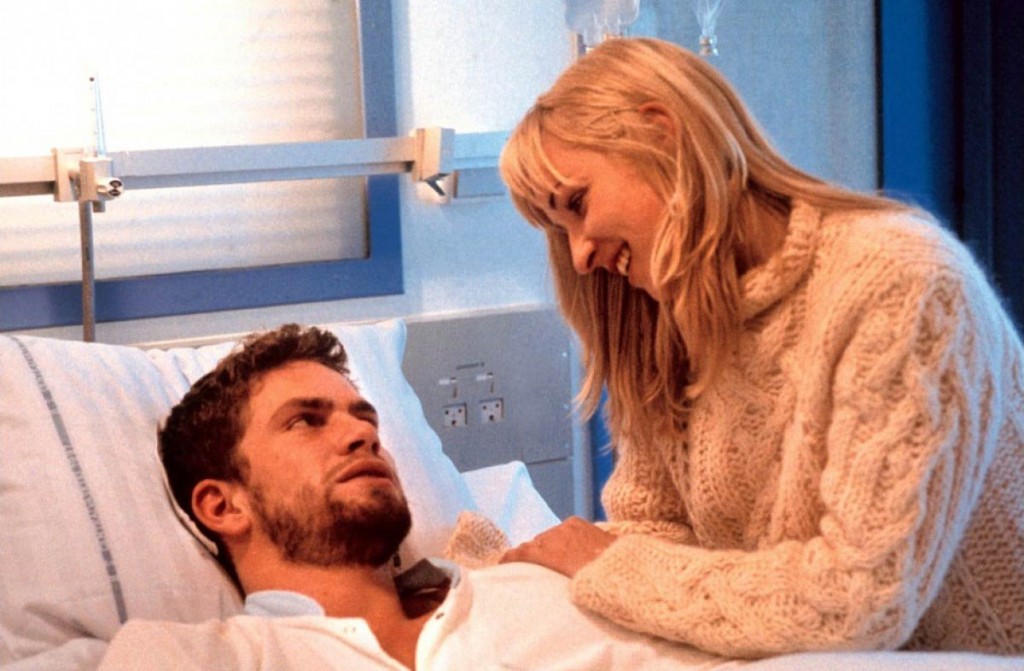 Kira (Stine Stengade) leaves the mental institution where she was hospitalized for two years, gaining back her husband and returning to her normal daily life. However, this is more challenging than she was expecting. The director, Ole Christian Madsen, shot the whole film on handheld cameras and followed the rest of “Vow of Chastity” rules, entering the Dogme 95 list at number 21. 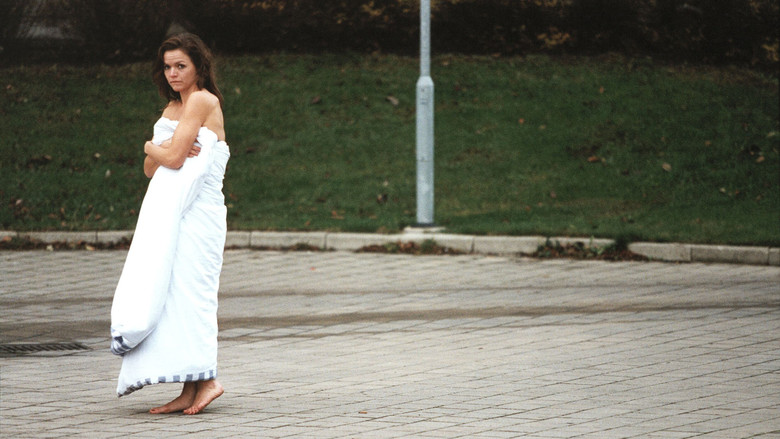 The story takes place in a prison and is about Anna, a young priest, and Kate, an inmate, who according to the other prisoners has supernatural powers. Anna finds out that her unborn child might be handicapped and thinks of asking for Kate’s help to heal it. The director, Annette K. Olesen, presents life in prison and the struggles inmates face in a very realistic way, while at the same time portraying people’s complicated emotions. At the end of the movie, viewers are left with a strange, uncomfortable feeling. 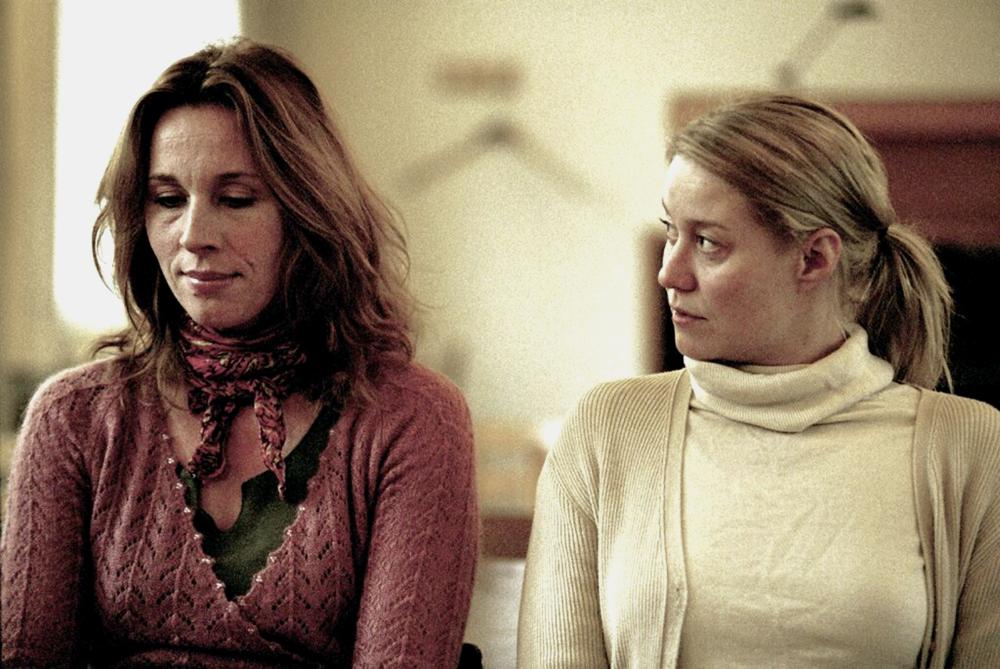 The 18th Dogme 95 film was directed by Åke Sandgren and was released in 2001. In a modern fable, the director unfolds the story of a refugee who ends up at a refugee center and struggles to integrate in the Danish society. P is a figment of the seven-year-old Lisa’s imagination, and lives behind her room’s wallpaper. When the house gets demolished, P becomes a real person and his story begins. Racism and immigration are the social issues stressed in Truly Human, but the small humorous scenes taking place during the film add a light and entertaining element to Sandgren’s movie.

Julien Donkey-Boy was the sixth film that was created under the 10 rules of the “Vow of Chastity” and the first with a non-European director. It was directed by Harmony Korine. Even though the film was accepted by the Dogme 95 Committee, Harmony Korine overstepped many “Vow of Chastity” rules. For example, not all cameras were handheld and in some scenes there is no-diegetic sound. The story is about the schizophrenic Julien (Ewen Bremner) and his dysfunctional family members. Apart from the praising of the performances of Ewen Bremner and Werner Herzog, the reviews of the film were mostly negative. 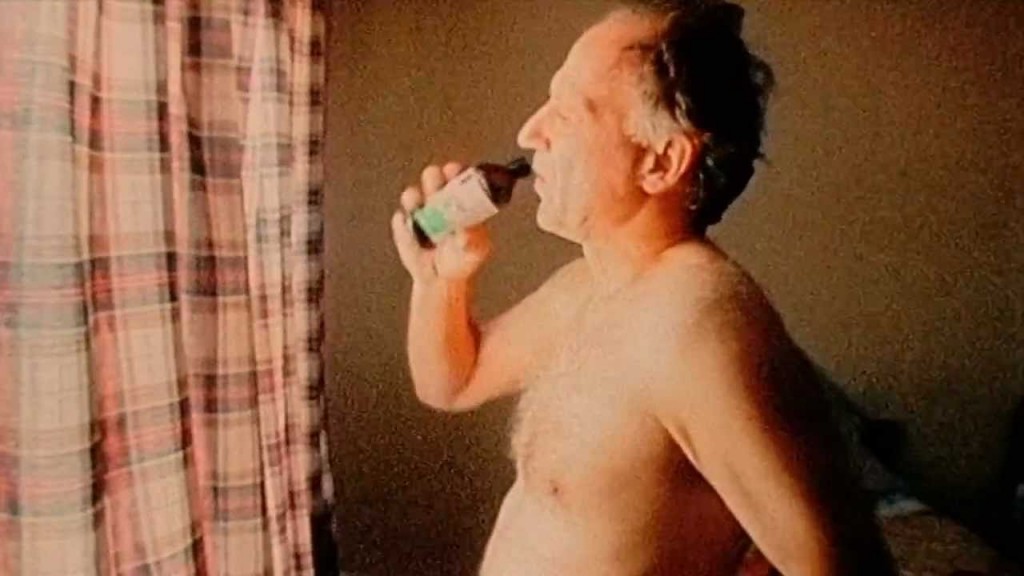