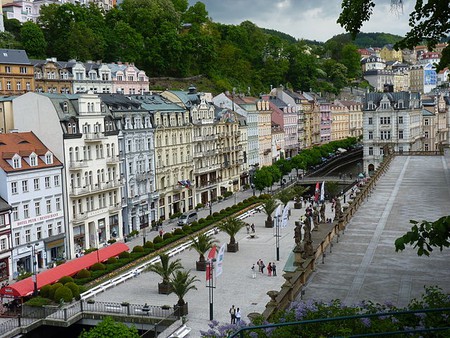 Located less than two hours west of Prague, Karlovy Vary has long been considered “the spa town of the country.” Although it was founded in 1370, most of the architecture you’ll see dates back to the 18 and 19th century, the height of the Renaissance. Many visitors come to Karlovy Vary to enjoy spa therapies. The mineral springs are said to have healing properties, helping with pain, discomfort and stress. However, it’s the majestic architecture and the fairy tale design of buildings and streets that keep people coming back for more.

The street flanking the canal, walled by Renaissance buildings, is equally stunning in summer as it is in winter, when fog takes over the streets, giving the town a magical feel. 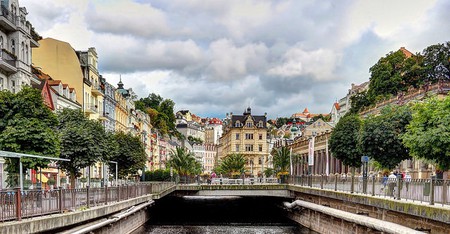 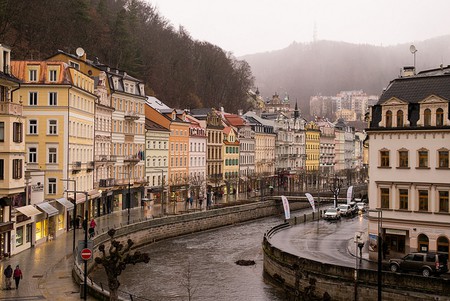 At night, lights twinkle from every building and you almost feel you’re walking through a movie set. 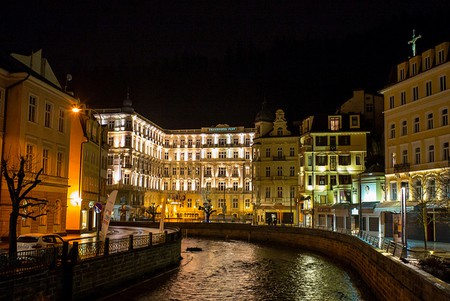 Stunning architectural details hide around every corner. Some of the chateau like buildings have been converted into exhibition halls or spa centers. 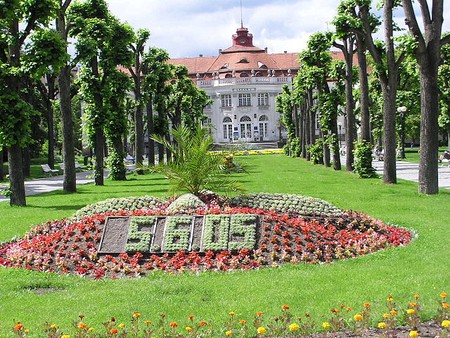 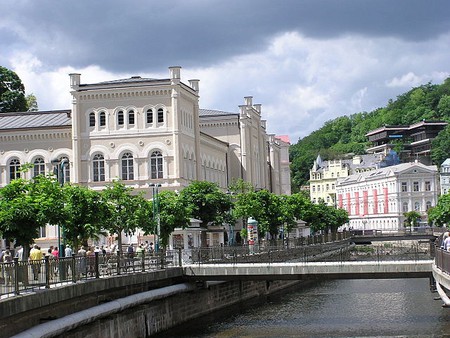 Karlovy Vary is particularly famous for its colonnades with columned walkways, some of which house hot springs (and geysers). The Mill Colonnade houses five natural springs at different temperatures. There are special faucets and fountains along the hallways so you can freely fill your own container with the very pure spring water, said to be full of nutrients and minerals. 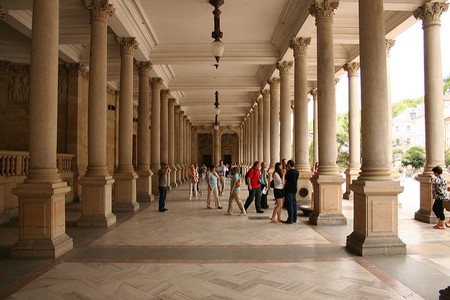 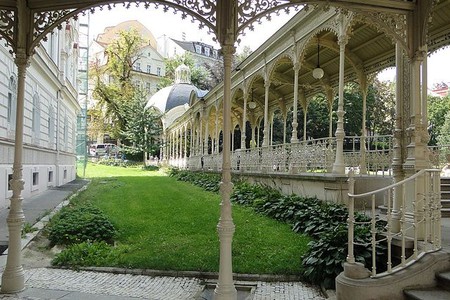 Some of the best views of Karlovy Vary require climbing Vysina pratelstvi (Friendship Hill) or taking the funicular all the way up to the observation tower. 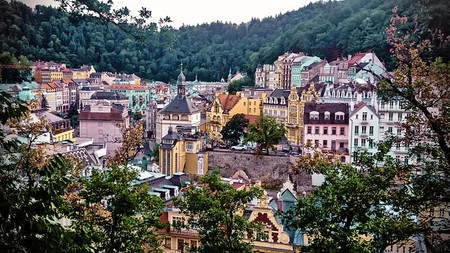 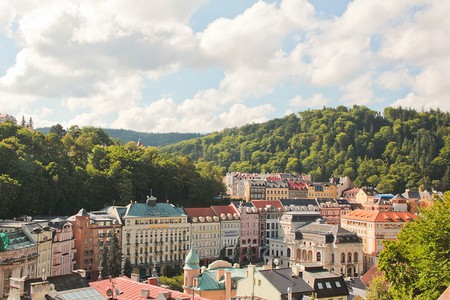 Hills beyond Karlovy Vary / | ©Lucas Klappas / Flickr
Give us feedback