EUROPE
/
CZECH REPUBLIC
/
Things to Do

Top of the Hops: Every Beer Lover Should Visit This Charming Czech Town 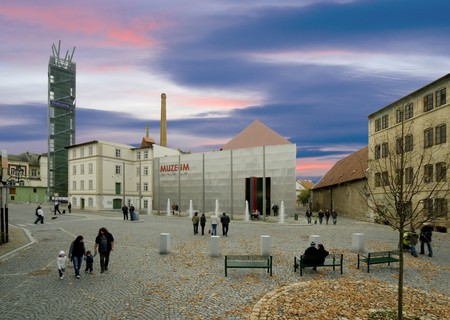 The Temple of Hops and Beer is, unsurprisingly, a popular draw for tourists to Žatec in the Czech Republic | © Vaclav Mach / Alamy Stock Photo

Move over Oktoberfest – discover the beer-obsessed Czech town of Žatec, home to the prized Saaz hop variety and its very own Temple of Hops and Beer.

Set in the northwest of the Czech Republic and the centre of the country’s largest hop-growing region, Žatec has been brewing beer for over 700 years. Here, hops are everywhere – even on the logo of the local football team. With the hop variety produced here – Saaz, one of the four original ‘noble’ hops – among the most expensive and sought after, Žatec draws beer enthusiasts from all over the world. Read on for the best beer-based activities to enjoy on your trip to Žatec.

Visit the Temple of Hops and Beer

Set in the area of town known as the Prague suburb (Horní Předměstí), the contemporary Temple of Hops and Beer stands at the historic heart of Žatec’s hop trade; the 19th-century processing and storage houses are now home to an intriguing complex designed to educate visitors about the town’s long relationship with hop-growing and beer-making.

The museum complex – spanning a range of buildings, including a state-of-the-art visitor centre, restored malthouse and historic hop warehouse – traces 600 years of history, setting out the key steps of hop cultivation, the development of hop growing and beer brewing from the early Middle Ages to the present day, and the most important figures in the Czech hop growing industry. After learning all there is to know about hops, prepare to get lost in the museum’s labyrinth – a deceptively difficult maze made up of sacks of hops. Those who make it out of the labyrinth are congratulated with the sight of a an impressive (read: very sparkly) crystal hop cone – the largest in the world.

Among the Temple’s modern additions is the Hop Lighthouse, which is now a key feature of the town’s skyline among the historic industrial chimneys. Ascending the lighthouse, which is illuminated for special occasions, offers exceptional views across Žatec – particularly the chimneys of the warehouses where hops were once dried and stored – and the surrounding region. 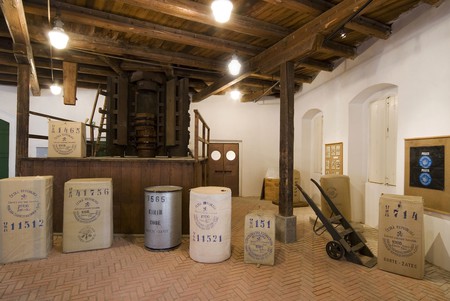 If you started your Czech adventure in Prague, you will likely have seen the city’s famed Astronomical Clock (Prague Orloj) on the Old Town Hall Tower. Žatec’s very own version – a clock that shows astronomical information, such as the position of the sun and zodiacal constellations – was completed in 2010 and is decorated with motifs drawing on the cultivation and harvesting of hops. Though there is a skeleton with a bell, just like the clock’s medieval counterpart in Prague, here the twelve apostles that appear on the Prague Orloj are replaced with playing cards. The figures on the astronomical clock are celebrating the end of the hop harvest, drinking pints of beer, while hell opens up beneath them. 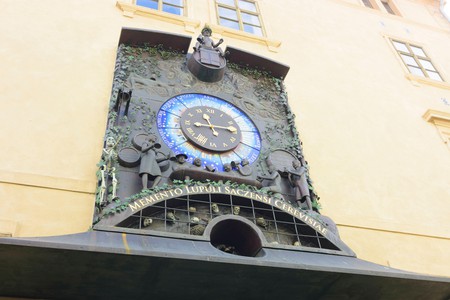 Eat at U Orloje Restaurant

Combine sampling some of Žatec’s finest brews with quintessential Czech cuisine at U Orloje, a restaurant set in a former hop warehouse. Here you’ll also find Pivovar u Orloje, one of the oldest microbreweries in the Czech Republic. Tuck into beef goulash with hop-infused dumplings or duck confit with red cabbage, apples and potato dumplings, washed down with a local beer or three. Among the beers on offer are Žatecký Samec, a light lager with a history dating back to the 13th century, and Chrámový Letňák, a dark and unfiltered lager with a slight caramel edge.

While it’s always a good time for beer lovers to visit Žatec, anyone looking to experience this hop-crazy town to the max should aim to time their trip to coincide with the two biggest celebrations: Chmelfest and Dočesná.

Held annually in May, Chmelfest marks the start of working in the hopfields for the spring season. The celebration features the blessing of the future hop harvest and the symbolic blessing of a giant barrel of May lager on the town’s main square.

Dating back more than 180 years, Dočesná celebrates the final harvest of the last hops in the hopfield. While the festival features plentiful opportunity for beer-drinking, with around 50 breweries taking part, the hops themselves take centre stage at this event held in early September. Dočesná traditions include the election of a Hop Queen or King, processions (with hops being a popular costume choice) and music, while the town is decked out in hop-themed decorations. If you’re feeling competitive, sign up to join one of the various competitions – get ready to dance with a tankard of beer on your head. 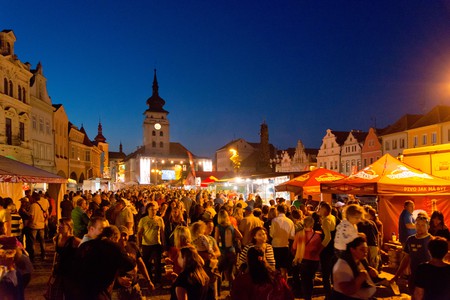 Can’t get enough of hops? Head to Svobody Square in the centre of town to cast your eyes on another point of local pride: the smallest hop field in the world. Once the site of the Church of the Holy Cross, and later monuments to Emperor Joseph II and the victims of World War I, this plot of 16 sq m (172sq ft) has been home to Žatec’s beloved urban hops since 1945. 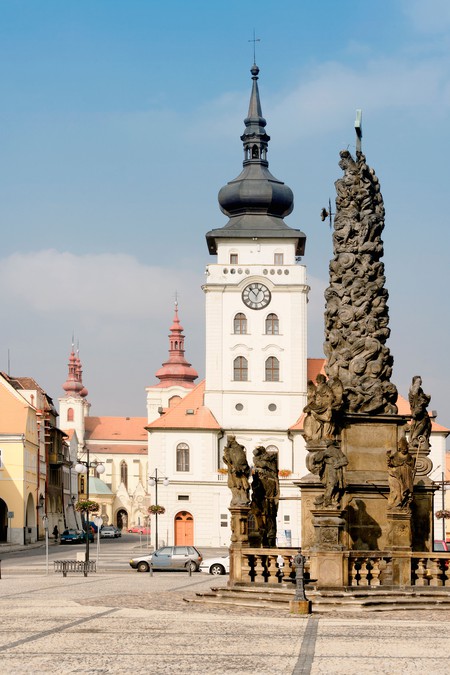 Though not strictly a beer-related activity, don’t pass up the opportunity to spot some familiar movie backdrops – Žatec has served as a shooting location for a number of blockbusters. In Taika Waititi’s JoJo Rabbit (2019), Jojo’s fictional hometown of Falkenheim was made up of shots taken in Žatec and nearby Úštěk. Žatec’s historic town square, with its characteristic colourful buildings, plays a starring role in the movie. Other movies filmed in Žatec includee Yentl (1983), Les Misérables (2012) and Roman Polanski’s Oliver Twist (2005). 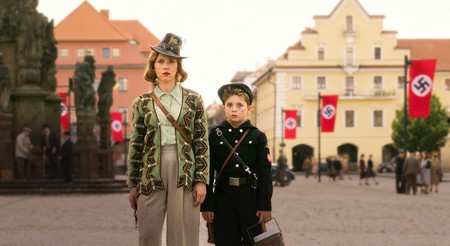 For more information and inspiration for your trip to the Czech Republic, visit Czech Tourism.