The Best Jazz Clubs and Bars in Prague 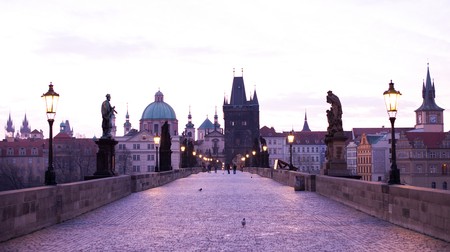 Though perhaps more traditionally known for Bohemian folk and the classical music of composers such as Antonín Dvořák, the Czech Republic also boasts a strong jazz tradition with stars like R. A. Dvorský and Karel Velebný. If anywhere is the hub of jazz in the country, it is Prague—home to the International Jazz Festival and several renowned jazz clubs. Here are the city’s best venues in which to listen to this great music genre.

A fixture on the city’s jazz scene for more than 50 years, Reduta Jazz Club first opened its doors in 1958 when a group of young jazz musicians decided to establish a space where locals could enjoy great music. In its early days, the club had already attracted big names in Czech jazz such as multi-instrumentalist Karel Velebný, female singer Vlasta Průchová, and double bassist Luděk Hulan. An elegant and stylish space, the club features walls adorned with musically themed wallpaper and pictures of jazz legends complemented by plush red sofa seating. Recent bands to have played at Reduta include orchestral jazz masters Prague Big Band and modern jazz outfit the Petr Benes Quartet. 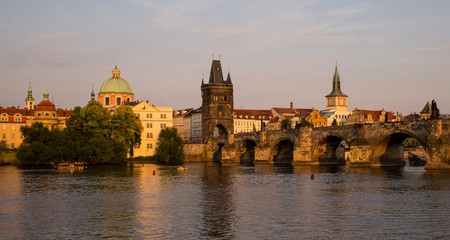 For an out-of-the-ordinary jazz experience in Prague, look no further than Jazz Boat—a venue that provides a boat trip down the Vltava River while guests listen to the sounds of classical jazz. Jazz Boat describes itself as a ‘three sense project’ through which guests can listen to jazz music, taste its delicious food and drinks and see the city all at once. Featuring the music of acts that include the famous Czech jazz singer Jana Koubková, the jazz fusion band Los Quemados, and the locally based Marta Kloučková Jazz Project, the Jazz Boat will provide guests with an unforgettable experience and a unique opportunity to see the city sights at night from the river.

Just a short walk from Prague’s Old Town Square is AghaRTA Jazz Centrum, so called as the club also owns and operates the jazz record label ARTA Records, inspired by the jazz legend Miles Davis’ 1975 album of the same name. Situated in a basement level space that dates back to the 14th century, AghaRTA opened in 1992 and over the years has had many legends grace its stage, including the Panamanian-American jazz drummer Billy Cobham and American saxophonist Branford Marsalis. Each year during October and November, the club hosts the AghaRTA Jazz Festival, which has presented performances by Israeli clarinettist and saxophonist Anat Cohen.

The Jazz and Blues Club Ungelt is a centrally located two-floor venue in a unique and historic subterranean vault that was constructed in the 11th century. Fully air conditioned, the club features huge stone walls perfect for creating the right acoustics for its many jazz and blues gigs that have included music from the Císař Band, a jazz-blues quartet from the Czech Republic, and swing singer Jan Smigmator, backed by the Svatobor Marak Quartet. The club also has its own ‘jazz pub’ area situated on street level that features two rooms and a summer garden and serves a variety of Czech and Italian dishes. 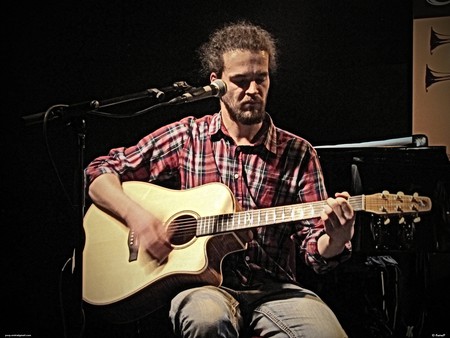 Located in a contemporary glass building on the banks of the Vltava River, Jazz Dock opened its doors in 2009. Airy and stylish, the venue features a ten-metre-long futuristic bar stocked with all kinds of drinks, including an extensive cocktail menu for those looking for something a bit fancier, while some music events can be enjoyed on its outdoor deck area overlooking the Vltava or its lovely rooftop café. The club hosts a range of classic and contemporary jazz concerts from local and international talents and also has a regular ‘music cinema’ evening where documentaries and films relating to jazz are screened. Acts that have played at Jazz Dock include the Czech jazz pianist Zdeněk Zdeněk. 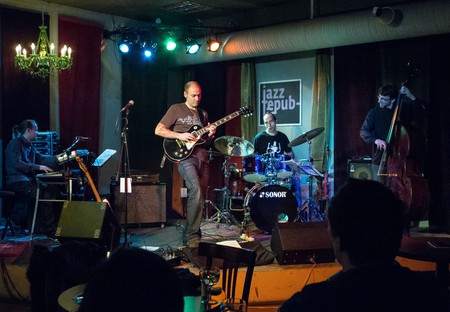 Located just at the bottom of Wenceslas Square is Jazz Republic, a music club offering not only jazz concerts but also blues, funk, Latin, and acid jazz seven days a week. Featuring the very best musical talent Prague and the wider Czech Republic has to offer, Jazz Republic has also hosted performances by musicians from across the globe, such as the American ‘King of Blues’ B. B. King, Belgian guitar and harmonica player Toots Thielemans, and American jazz singer Jon Hendricks. Located in a former department store, the club is airy, spacious, and modern, and includes its own restaurant.

Jazz Time boasts the privilege of being the city’s biggest jazz club and hosts a program of concerts each and every evening in its spacious, red-walled interior. Every Friday after 10 p.m., the club holds its famous weekly jam session after-party, which sees around 20 different musicians all playing together. Once a month, Jazz Time organizes dance parties focusing on various musical genres including acid jazz, swing, and tango. Featuring a restaurant serving Czech and Italian fare alongside some Balkan specialty dishes, guests can feast on delicious food as they listen to bands that have included the jazz-funk outfit Štěpán Markovič and Gipsy Groove. 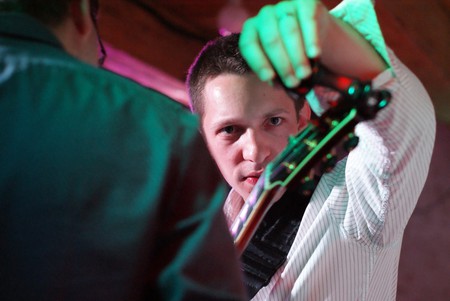 Located in the historic building Občanská Plovárna, which dates back to 1840 and formerly housed a public swimming pool, The Loop Jazz Club enjoys an enviable location on the banks of the Vltava River. The club, which opened in early 2014, features a cozy and elegant interior typical of a classy jazz joint, complete with red walls, gold-trimmed mirrors, and a balcony area with sofa seating. Devised by musicians from the Czech National Symphony, the venue has featured performances from stars including the Libor Šmoldas Quartet and American jazz saxophonist Jason Robinson. 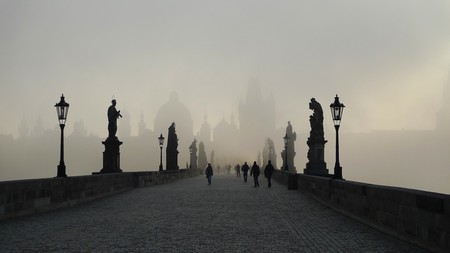 Often cited by local and international jazz musicians, fans, and critics as one of the best jazz clubs in the city, U Malého Glena hosts a program of nightly concerts featuring the most talented jazz musicians and bands. Thursdays, Fridays, and Saturdays are dedicated to showcasing the Czech jazz scene, and Tuesday nights are hosted by modern jazz guitarist Roman Pokorný. Located just a short walk from the Charles Bridge, in the quaint cobbled streets of Malá Strana, U Malého Glena is small and intimate, meaning each guest can get up close and personal with the musicians playing there.