The Oldest Synagogues in the World 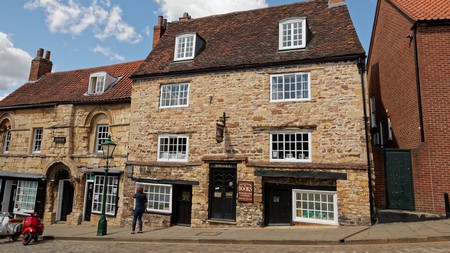 Jewish synagogues are some of the most architecturally spectacular buildings around the world, with some dating back more than a thousand years. Many are still in use, while others have been turned into museums. Here, Culture Trip lists some of the oldest known synagogues from across the globe.

Translating directly from Hebrew as “house of assembly”, a synagogue is a place of Jewish worship that originated in the first century, when they were created as local alternatives to distant temples which were being destroyed.

Upon the destruction of Jewish Temples during the Great Revolt, the synagogue materialised as the focal point for Jewish worship. The First Roman-Jewish War lasted from CE 66-74, in which time the synagogue began functioning as a portable system of worship, worshipping by prayer rather than sacrifices – which initially served as the main form of worship.

Thereafter, synagogues were constructed by ancient kings, wealthy patrons and devoted Jews around the world. 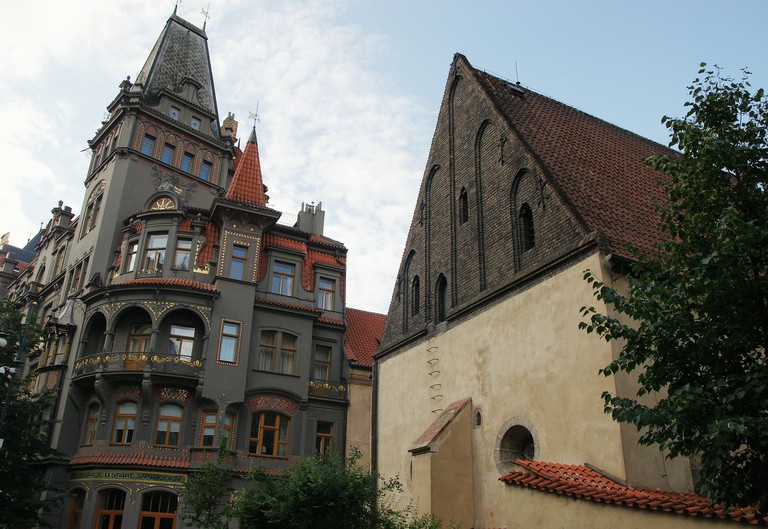 © PRISMA ARCHIVO / Alamy Stock Photo
Believed to be the oldest working synagogue in the world, the Old-New Synagogue in the Josefov district of Prague was built in 1270 as one of the country’s first Gothic-style buildings. Like many European Jewish settlements, the Old-New Synagogue has witnessed tragic anti-Semitic acts of violence. In 1389, around 3,000 Jewish people were murdered in Josefov during the European Pogroms of the time. And in the 20th century, Nazis occupied the town and decided they would use the building as a museum dedicated to the extinction of the Jewish population. However, the synagogue endured, even surviving the destructive Old Town fire of 1680, and is still used as a place of Jewish worship today.
Open In Google Maps
Prague, Czech Republic
Visit Website
Give us feedback 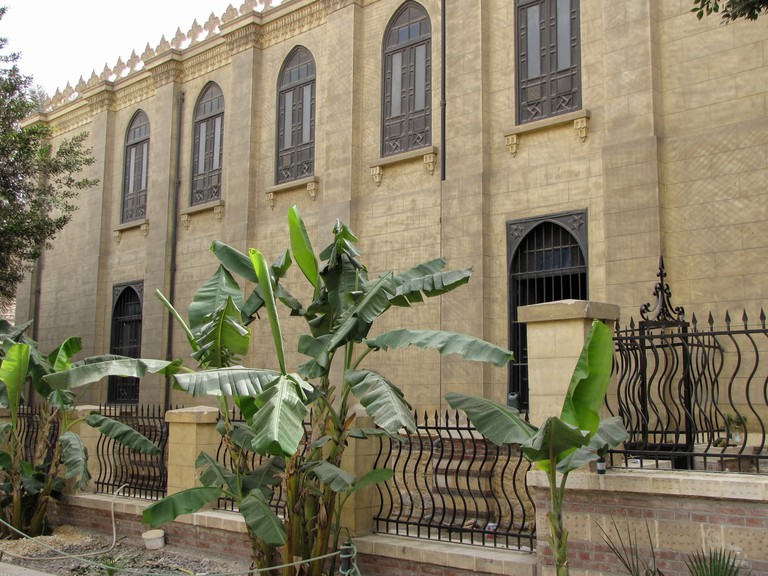 © reidecki / Getty Images
Once the centre for Jewish worship in Egypt, Ben Ezra is regarded as the oldest synagogue in the world, built in CE 882. The original building was torn down under instruction to destroy all Jewish and Christian places of worship in 1010, but it was eventually rebuilt between 1024-1040 and served Egyptian Jews up until a mass exodus to Israel in the 1950s. The synagogue has now been repurposed as a tourist attraction and museum.
Open In Google Maps
Cairo Governorate, Egypt
+201287896125
Give us feedback

The Dubrovnik Synagogue is the second oldest continuously existing synagogue in Europe and the oldest Sefardic synagogue still in use today. It is said to have been built in 1352, but received legal status in the city in 1408. In 1492, Jews were expelled from Spain, so many of them travelled to Croatia and joined the pre-existing Jewish communities. The Dubrovnik Synagogue was the place of refuge for the majority of the travelling Spaniards. The building itself has withstood extreme damage throughout history. The great earthquake in 1667 destroyed many of the foundations, along with World War II and the Croatian War of Independence, but it remains and is owned by the local Jewish community. 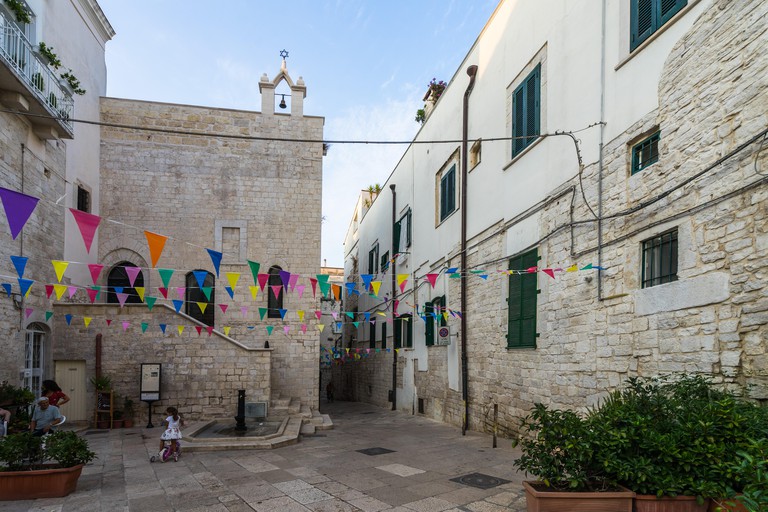 © Francesco Bonino / Alamy Stock Photo
This Italian synagogue has not only withstood the test of time, but also an aggressive wave of anti-Semitism. Built in the 13th century, it stood as one of three synagogues in Triani. But, when Christians revolted against the Jewish religion in 1380, the synagogues were turned into Christian churches, with the remaining Jewish community forced to convert to Christianity. It was not until 2006 that the building was desacralised and converted back into a synagogue, currently serving the small Jewish community in the town.
Open In Google Maps
Piazzetta Scola Nova, Trani, Puglia, 76125, Italy
+393471077486
Visit Website
Give us feedback 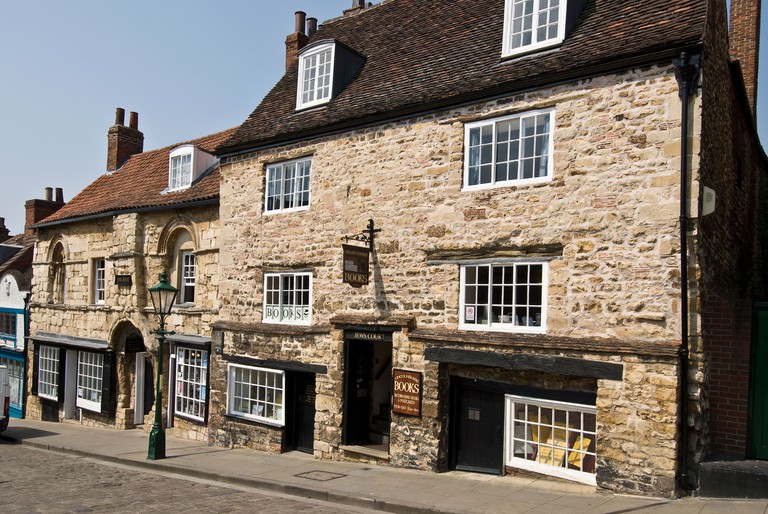 © Alan Curtis / Alamy Stock Photo
It would be easy to pass this quintessentially Anglo-Norman stone building without batting an eyelid, but it is in fact a working synagogue that dates all the way back to 1150. Local Lincoln legend tells the tragic story of Little Hugh St Hugh who went missing in 1255 when playing with friends. Typical of anti-Semitic expression in Europe at the time, the Jewish community was blamed, which provided extra fuel for attacks on Jew’s Court. The synagogue survived, though, and is still in use today. The building also houses the Society of Lincolnshire History and Archaeology alongside a bookshop.
Open In Google Maps
Lincoln, United Kingdom
Visit Website
Give us feedback 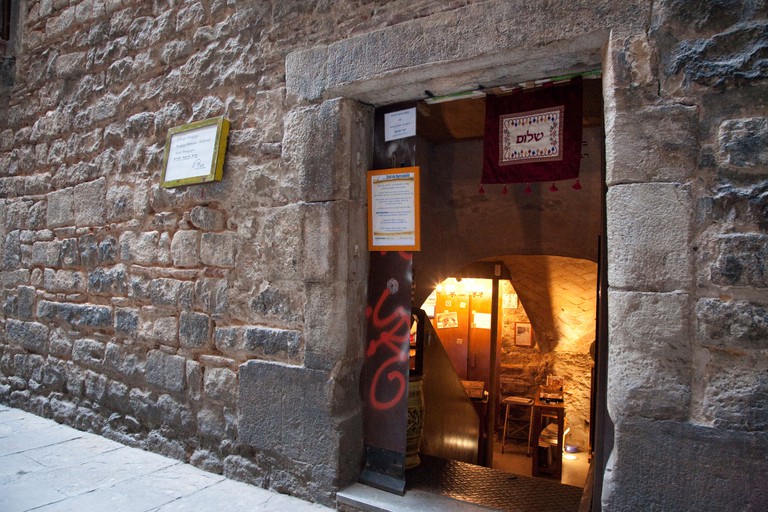 © Stefano Paterna / Alamy Stock Photo
What is now a museum was once an ancient Spanish building believed to be constructed in CE 300. The building in the oldest section of the city, now known as the Gothic Quarter, served as a synagogue from the early 13th century until the Pogrom of 1391. European anti-Semitism reached Barcelona, and hundreds of Jews were murdered. The local Christian community occupied the building until 1987, when a businessman bought the building and uncovered the history behind it. In 2002, it opened to the public as a museum.
Open In Google Maps
5 Carrer de Marlet, Barcelona, Catalunya, 8002, Spain
+34933170790
Visit Website
Give us feedback
Give us feedback