The Legend of the Golem of Prague 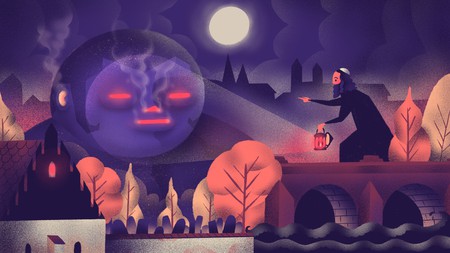 One of the most notable figures from Czech and Jewish folklore is the Golem, the legendary, supernatural figure that once stalked the crooked alleyways and dark corners of Prague’s Jewish ghetto. But what was the Golem and is it still lurking somewhere today, waiting to be revived?

You don’t have to be in the Czech capital long to realise that mysticism and Prague go very much hand in hand. The practically unmutilated medieval character of the Old and New Towns is the perfect backdrop to all kinds of stories tall and true. Which category the Golem legend belongs in has been the source of speculation for centuries.

The mysterious tale of the Golem takes place in the dim tangle of lanes that once made up the now-defunct Jewish Quarter – today’s gentrified Josefov – essentially part of the Old Town. The tale goes that in the 16th century, the renowned Rabbi Löw, also known as the Maharal of Prague, was seeking a way to protect the local Jewish people from pogroms and the whim of unpredictable rulers up at Prague Castle. Endowed with the power to transform the four elements into living things, he moulded a superhuman from the mud of the Vltava – the Golem. To bring the Golem to life, Rabbi Löw had to insert a shem (a clay tablet bearing the name of God) into its mouth. 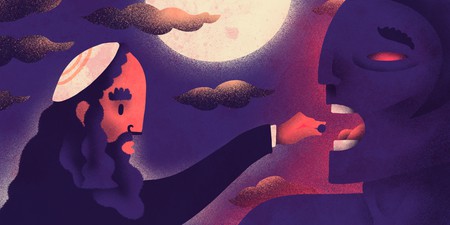 The amorphous clay beast is usually depicted around eight feet (2.4 metres) high with illuminated eyes and a thick belt around his considerable waist, though this image originates from a 20th-century film called The Golem. Previous depictions show the creature slightly thinner and more humanlike, but always tall and muscular – his task was, after all, to protect the Jewish people of Prague. With that in mind, it may come as a surprise to find that the word golem in Yiddish means ‘stupid’ or ‘lethargic’, although the Hebrew meaning was originally closer to ‘shapeless mass’.

Rabbi Löw would deactivate his creation for the Sabbath, to allow the creature to rest according to the Jewish custom. However, one day he forgot, and the Golem went raging through the ghetto, destroying everything in its path. Rabbi Löw was reciting Psalm 92 in the Old New Synagogue when he was interrupted and told of the chaos the Golem was causing. He eventually confronted the monster outside the synagogue, where he managed to remove the shem.

The Golem was never revived and allegedly was later stored in the synagogue’s attic, which remained locked for centuries. To this day, Psalm 92 is recited twice during services in Prague’s most famous synagogue.

Rabbi Löw was a historical figure and Jewish scholar, and visitors to Prague can see his gravestone in the Old Jewish Cemetery of the city. However, there is no evidence he ever created a golem, and the earliest known account of the tale is from a book named Der Jüdische Gil Blas, published by Friedrich Korn in 1834. Despite this, the legend of the Golem has continued to captivate local people and visitors. The loft space above the synagogue prayer room was famously opened by journalist and Kafka contemporary Egon Erwin Kisch during his fruitless search for the Golem – he found nothing, not even the pile of earth some had eagerly anticipated.

Other authors, mostly obscure 19th-century German-Jewish writers, published wildly differing and eloquently embellished versions of the story. The 20th century saw numerous films made about the Golem, shaping the public’s image of the story. Fifty years later, the image of the Golem returned to Prague in various forms, including restaurant names, souvenir key rings and fridge magnets, and tour themes, to assist the post-communist tourist industry. His image can be found welcoming visitors to Josefov with his glaring eyes and often mildly threatening stance. 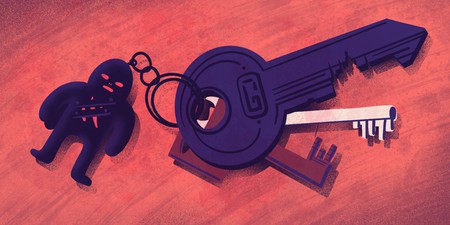 The Golem legend is not unique to Prague. Golems appear in local Jewish legend across Central and Eastern Europe, the oldest example coming from 16th-century Chełm in Poland. However, Prague’s Golem is the most famous of all, celebrated today throughout the city and by those who visit.