The 12 Most Beautiful Places In the Czech Republic

Although it’s a landlocked country with an area comparable to a mid-sized American state, the sights of the Czech Republic could keep you busy for years. From the mountains that crowd the border regions, to the countless miles of national forest, and the rolling sunflower fields to the Moravian vineyards; your best option is to take this list and hop on a Czech train. 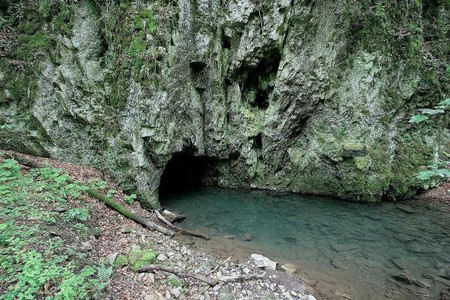 The Moravian Karst is a fascinating geological region, full of caves, rivers, and forests. It’s a protected area and well set up for visitors, even completely inexperienced spelunkers can take a boat ride through a sublimely magical green bowl of a collapsed cave, surrounded by a green forest at the top. This is a fascinating place to visit any time of year, be it the warm summer when the forests will be at their greenest or the winter, when the chill of the outside air will come down to match the caves.
Moravian Karst, South Moravian Region, zech Republic

In the North Bohemian region you’ll find the aptly named Czech Paradise, a national protected area full of walking paths through low mountains and gorgeous rock formations. You are in the Czech Republic, though, so you can also find castles and pubs to your heart’s content. This is a great area to just grab a backpack and start walking, you don’t know what you’ll find, but it won’t be disappointing. 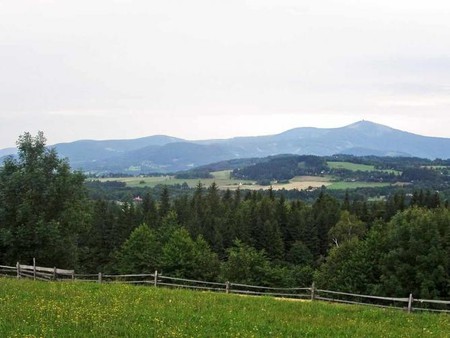 The Beskid Mountains have drawn attention from far and wide (including the New York Times) as a place well worth visiting. Located right on the eastern border of the country, this is where you’ll find some of the most impressive mountains it has to offer. However, in addition to that, the area is protected because of its miles of primeval forests and pastures, which are home to numerous species of endangered plants and animals. We can’t promise that you’ll run into a lynx or a bear, but it’s always a possibility.

Rising out of the flat farmland, Říp holds a very special place in the Czech national consciousness. According to the Czech legend, the Czech founding father chose this land as the place to rule over once he found Říp and deemed it a suitable place to defend a fortress from. It’s only a short drive outside Prague, so it’s a great place to come for a short hike that will end with a gorgeous view over the beautiful Czech countryside.

Located in the North Bohemia region, Czech Switzerland is one of the country’s four national parks, and is so named because of its aesthetic similarity to the alpine nation. It encompasses mountains, clean rivers, striking rock formations, and even baroque castles. Its symbol is the Pravcicka Brana, the biggest sandstone arch in Europe. You can hike out to get a good view and then swing by a chateau on your way back, all of that is possible in this beautiful park, and the bordering town of Turnov is an hour and a half away on a train from Prague.

On the southern border with Germany and Austria, you’ll find Šumava National Park, a heavily forested area full of spruce trees, lakes, and rolling hills, all barely affected by human settlement. There is also a significant population of lynxes there, and it was the great value of the plant and animal life in Šumava that pushed the Czech Republic to declare it a national park in 1991, although the area has also been on the UNESCO list of Biospherical Reserves since 1990. Hopefully, these protections will guarantee that the area will be here to be enjoyed for centuries to come.
Šumava National Park, Czech Republic

If you want to enjoy what nature has to offer but you don’t have time to leave Prague, the Botanical Gardens will completely satisfy your need for flora. You can spend hours exploring the various gardens and collections, whether the Japanese Gardens or the Mediterranean or Turkish collections. However, that’s not all that awaits you, the Botanical Gardens also includes the vineyards which were planted in the 13th century by King Vaclav II, and the Troja Chateau, which the vineyards have always been associated with. 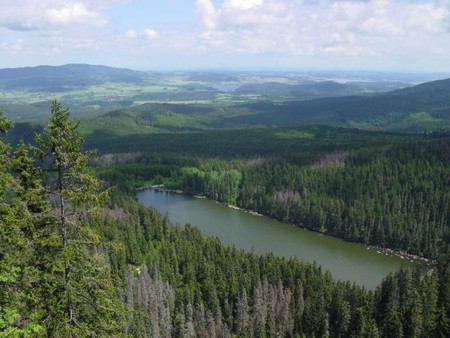 Sometimes, human intervention can create the perfect place to enjoy nature’s wonders. The Mseno Resevoir in Jablonec Nad Nisou is one of these places, where a dam built in the early part of the 20th century is now a gorgeous spot for swimming, running, beach volleyball, and numerous other active endeavors. The calm water seems to stretch on for ever, reflecting the day’s weather and sometimes even freezing over enough for ice skating. Bring some sausages to grill and grab a beer, because you’ll never want to leave.

The Czech Republic is a beer drinking nation, but it also produces wine, most of which comes from the southeastern region of the country, Moravia. Vineyards seem to be absolutely everywhere. A great way to experience it is on bike, you can start in Znojmo, where they have one well-known vineyard, and then bike from vineyard to vineyard, enjoying view after view and wine after wine as you go.

A national park you must visit is the Krkonoše Mountains, which span over two regions and contain kilometres and kilometres of hiking trails. The Czech people also love cross-country skiing in the winter, and the Krkonoše is always a favorite destination. It’s easy to rent skis in any city, then you can take a bus up to the mountains and go until you run into one of the pubs that dot the mountains and countryside.

Podyjí is a national park, and you’ll find it on the Czech Republic’s southern border with Austria. The most important part is its biome, which is unique in all of Central Europe. There are many endangered species of plants and animals in Podyjí, and it’s not all left untouched by humans. The park also includes the Sobes Hill, one of the oldest and best vineyards in the entire country. There has been an effort to get Sobes listed on the UNESCO World Heritage list, although it’s been as yet unsuccessful.
Podyjí National Park, Czech Republic

Divoká Šárka is a wonderful retreat for the Prague visitor without enough time to venture outside the city. If you take one of several trams to its terminus, you’ll get off at Divoká Šárka, the entrance to a large park which feels a world away, although you’re still within the limits of the country’s biggest city. There are hills and valleys, and while it’s lovely any time of year, it’s best on hot summer days when you can use the exceedingly refreshing swimming hole.