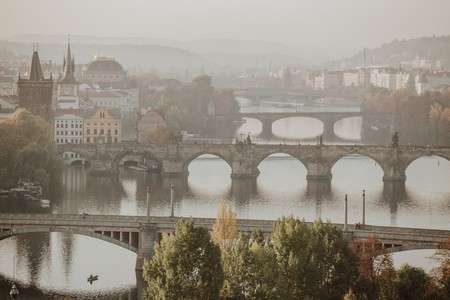 Prague is known as “the City of a Hundred Spires" and famed for its Charles Bridge, among other landmarks | Vsevolod Vlasenko / © Culture Trip

As staying in becomes the new normal, Culture Trip invites you to indulge in a spot of cloud tourism. Experience the sights and sounds of a place – without even leaving your home. Next up on our virtual tour is Prague.

Just because your weekend break to Prague is on hold doesn’t mean your curiosity has to be. In this era of social distancing and travel restrictions, it’s still possible to journey to the Czech capital through your computer screen, television and taste buds. Exploring Prague from afar includes diving into thought-provoking Czech literature, touring Prague Castle from the comfort of the sofa and stepping back to wartime Prague through cinema. Then try your hand at making some hearty knedlíky dumplings and sampling some quality Czech beer. 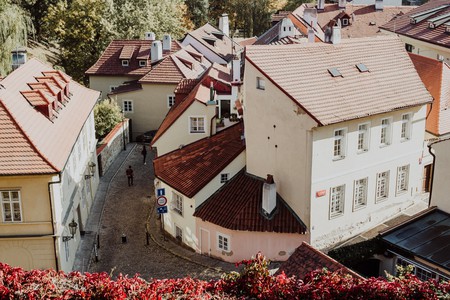 While nothing beats exploring Prague’s quaint streets in person, you can enjoy a virtual trip to the Czech capital without leaving your house | Vsevolod Vlasenko / © Culture Trip

A visit to Prague Castle is a highlight of any trip to Prague. Flights may be grounded, but would-be explorers can still embark upon a virtual voyage around this most iconic of Prague landmarks, thanks to an immersive 360-degree online tour. Step inside the Gothic St Vitus Cathedral, the largest and the most important church in the Czech Republic, to admire the paintings within its St Wenceslas Chapel; stroll through the manicured Royal Garden; and peek inside the colourful buildings on Golden Lane, a picturesque street within the castle grounds. 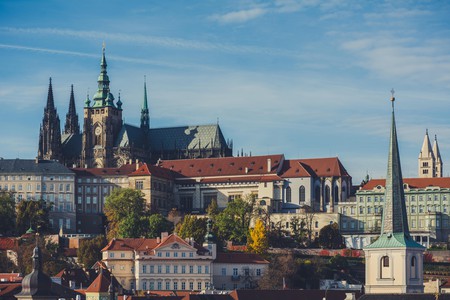 Though not exactly painting the cheeriest picture of Prague, Anthropoid (2016) offers an excellent introduction to the cityscape of the Czech capital and a glimpse into a particularly dramatic period of the city’s history. The Czech-British-French war film is based on the true story of Operation Anthropoid, the World War II mission to assassinate SS General Reinhard Heydrich in 1942. Director Sean Ellis chose to have the film shot in Prague, with many of the central city scenes featuring recognisable landmarks. Look out for the Gothic Prague Castle and Charles Bridge (masterfully rendered imposing and bleak, in keeping with the sombre storyline), along with the historic Tram 91. The climax of the movie is an intense battle filmed at Saints Cyril and Methodius Church, where paratroopers Jan Kubiš and Jozef Gabčík took shelter following their assassination attempt. 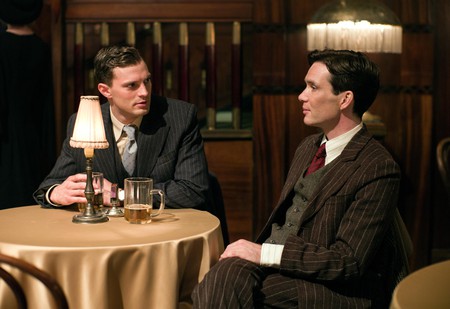 Read: ‘The Unbearable Lightness of Being’ and ‘The Golem’

The best-known work by Brno-born writer Milan Kundera, The Unbearable Lightness of Being (1984) is set during the 1968 Prague Spring. Centring on the lives of four intellectuals and a dog, the novel is both a work of fiction and a philosophical reflection. Kundera deftly combines an exploration of the artistic and intellectual life of Czech society with deep analysis of his characters and rumination on themes such as betrayal, identity, love and the very meaning of life. 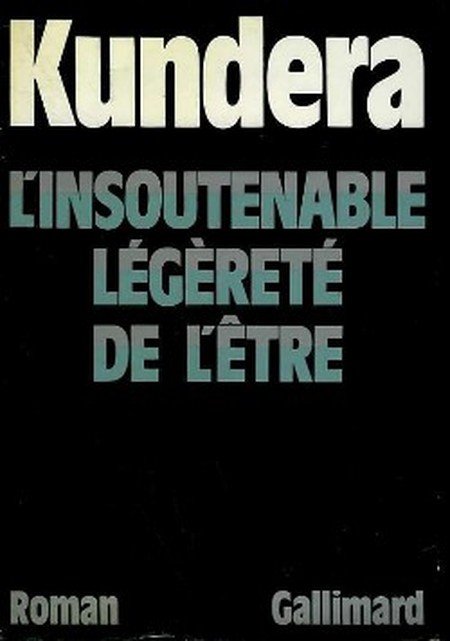 Although originally written in German by Austrian author Gustav Meyrink, the 1915 novel The Golem serves as an ideal launchpad for exploring Prague’s Jewish history. The novel focuses on the life of jeweller Athanasius Pernath, who lives in the 19th-century ghetto of Prague. Based loosely on the Prague legend of the clay golem fashioned and brought to life by Rabbi Loew to protect the Jewish quarter – today’s Josefov – in the 16th century, Meyrink’s expressionist tale may not be entirely true to the original legend, but nonetheless provides a wonderfully atmospheric picture of the old Prague ghetto.

To experience the ultimate Czech comfort food, whip up a batch of knedlíky. These hearty boiled dumplings have a very straightforward recipe: a mixture of flour, yeast, egg, salt and milk is simply boiled and then sliced. This staple of Czech cuisine often serves as an accompaniment to traditional main dishes, such as goulash or roasted pork, but sweet, fruit-filled variations are also popular as a main dish or dessert. Although mention of flour-based dumplings in the region can be found as far back as the Middle Ages, legend has it that the boiled knedlíky eaten today can be traced to the 19th century, when a military cook boiled his dough in water after his oven was decimated by enemy attack. 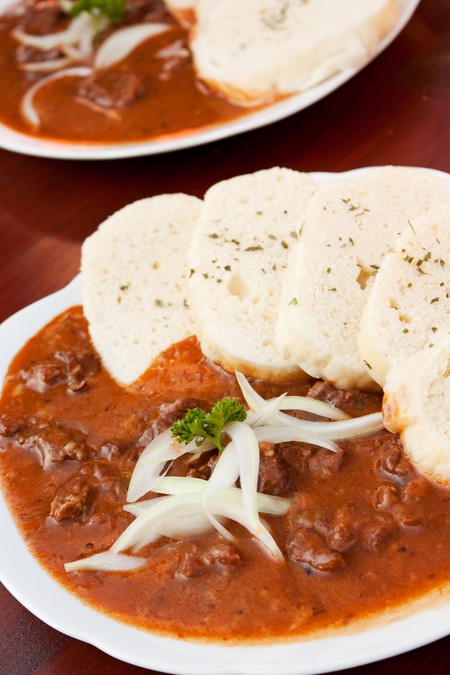 A trip to Prague – virtual or otherwise – wouldn’t be complete without sampling some local beer. Prague has been a brewing hotspot since AD 993, when the city’s first brewery was founded at the Břevnov Monastery. Since then, the Czech Republic has become particularly renowned for pilsner pale lager, first brewed in the town of Pilsen in 1842. Although many foreign breweries sell beers dubbed as “pilsners”, get your hands on a bottle of Pilsner Urquell (sold internationally) for a more authentic experience. 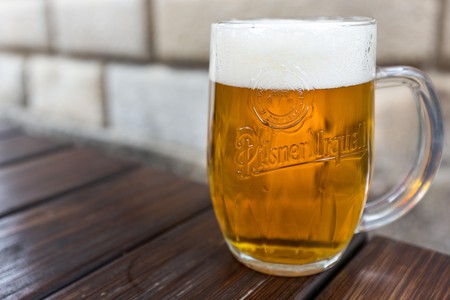 If you’re in the market for something a little stronger, look no further than Becherovka. This herbal bitters, created in the Czech town of Karlovy Vary, is made from a well-guarded secret recipe using more than 20 different herbs and spices and is often drunk as a digestive aid. Be warned, however: reminiscent of Jägermeister and Chartreuse, Becherovka has been known to divide opinion.