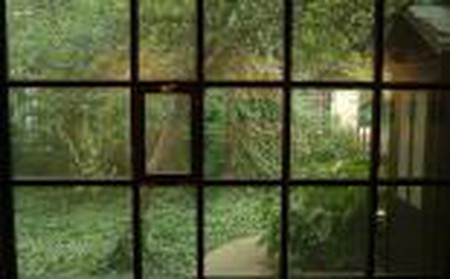 Josef Sudek is frequently referred to as ‘The Poet of Prague’ thanks to the thousands of lyrical photographs he took of the Czech city, proving it to be one of the most enchanting European capitals. Although he was not born there, Sudek spent most of his adult life in Prague, making it the main subject of his photography. While braving adversity in life, Josef Sudek became a master photographer of the 20th century.

There were two windows in Josef Sudek’s studio at 432 Ujezd in Prague. One looked over an unimpressive line of buildings across the street and the other offered a more delightful view onto a small courtyard, with a twisted apple tree at the center. Between 1940 and 1954, Josef Sudek photographed those views from inside the studio, including the glass of the window in the viewfinder, during different times of the day, different seasons, and different weather conditions. The resulting series, simply called The Window In My Studio, comprises enough variations so that the work does not feel redundant. It reminds the viewer of the quintessential truth of photography; that it is about the ever-changing, ever-fleeting light. 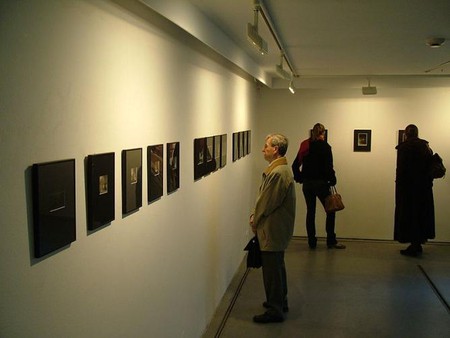 Josef Sudek was particularly fond of how glass reflects light. This is why the windows of his studio, where he spent much of his time, inspired him — especially when the glass was foggy or wet with droplets of rain or dew. His copious productions of still-life attest to this. They often feature glasses or vases filled with water and frequently placed upon reflective table-tops, through which light shines in beautiful ways. In one photograph, a multifaceted glass, almost completely full with water, is at the center of the frame, with one egg placed in front of it and a few more behind. The egg in the foreground is almost completely in the dark while the ones in the background, seen through the glass, are broken up into pieces. However, it is actually our perception that is truly broken. 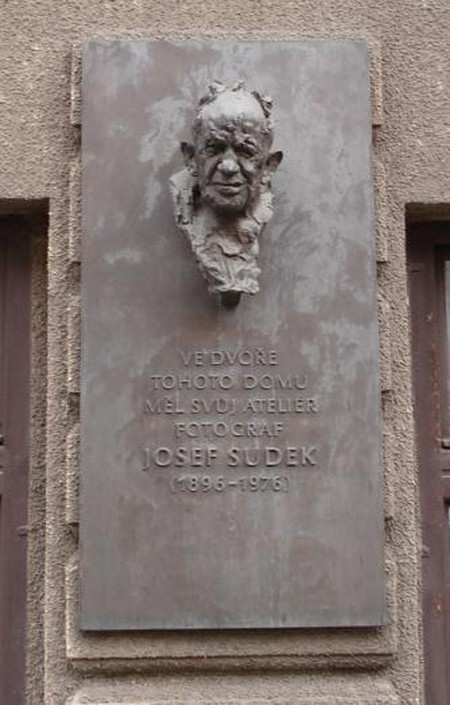 Only a small number of other photographers — American Edward Weston comes to mind — were as skilled as Josef Sudek in capturing light so magnificently. In particular how light is reflected by glass; how it bounces off a surface; and how it plays with shadows. Sudek’s excellent skills as a printer, acquired after years of trials and errors and unwavering perfectionism, only enhanced the extraordinary quality of his images. The tonal range of his prints is such that the element of light becomes the real, absolute protagonist of his still life works.

Josef Sudek is listed among the masters of 20th century photography and is one of the most revered figures of Czech photography. He was born in 1896 in Kolin, Bohemia, a region then part of the Austro-Hungarian Empire. Trained as a bookbinder, in 1915 he was drafted into the Empire’s army to serve on the Italian front. During a battle, Sudek was shot in his right arm, an injury which led to the amputation of the limb at the shoulder. The loss of his arm had a huge impact on both his personal life and his artistic development.

Back in Czechoslovakia, he spent the early 1920s visiting veterans’ hospitals and homes in and around Prague. Although he had started photographing before the war, it was while doing his apprenticeship as a bookbinder that his first substantial body of work was made. It consisted of a set of shadowy, hazy images of the hospitalized veterans in a rehabilitation hospital in the Karlin section of Prague, in which the veterans appear mostly like silhouetted, ghostly figures. The somber atmosphere of these early images reflected Sudek’s inner turbulence — owing to the loss of his arm and the difficulties in trying to find economic stability and a steady path for his adult life. Even his 1924 — 28 photographs of the reconstruction of Prague’s stunning St. Vitus Cathedral can be interpreted as a metaphor for the struggles he was experiencing in his personal life.

In 1926, Sudek took a trip with a group of friends of the Czech Philharmonic, who were to perform a few concerts in Italy. One night, in the middle of a concert, he took off and went looking for the place where he had been shot years before. He found it. As if traumatized once again by the shock of that accident, he set out to roam Italy and then Yugoslavia for about two months. Eventually, he returned to his country, but something had changed. Much like a catharsis, that trip to the site where he had lost his arm had led him to make peace with his unfortunate condition.

That life crisis changed his artistic practice too. Prague became his beloved muse. The grim, stark images of the early years were replaced with lyrical, suggestive pictures of the city’s eclectic architecture; the cobblestone streets; the angular rooftops; the enchanting parks and gardens; and the riverscapes offered by the Vltava that run through it. In addition to the still life works he made in his studio, Prague was the other major subject to which Sudek was devoted for the rest of his life. Eugène Atget serves as another example of a photographer who tied his artistic practice to a city – Paris, in his case. But while Atget set out to document the old streets and buildings of Paris in the early 1900s, that extensive renovations were soon to erase, there’s no documentary intention in Sudek’s photographs of Prague. The Czech photographer captured a subjective experience of the city filtered through his keen sensibility. The imagery is so delicate and gentle that Josef Sudek has come to be dubbed ‘The Poet of Prague’. In the early 1950s, he purchased an 1894 Kodak Panorama camera which produced panoramic images in the stark proportions of 1 to 3, and used it to make almost 300 stunning panoramas of Prague. The images were published in the book Praha Panoramaticka, and remain some of Sudek’s – and the city’s – most iconic photographs.

There’s a distinct painterly quality in Josef Sudek’s work. His subject matter, both the still lifes and the cityscapes, is close to the art of painting. Sudek took up photography in the years when the medium was struggling to find its own voice. Many photographers — known as the Pictorialists — conceived of the negative as just a different type of canvas, and used all sorts of tricks — from special lenses to elaborate emulsions applied directly to the negative — to obtain painterly effects. Sudek soon rejected the pictorialist approach. He was not the first. The revolution had already started at the beginning of the 20th century in New York, headed by the likes of Paul Strand and Alfred Stieglitz. Similar to those pioneers, Sudek experimented with a clean, straightforward technique — a trait that is especially present in his advertising work of the 1930s. Contrarily, he never honed in on the journalistic type of photography that developed in the early years of the 1900s, despite living during the Nazi occupation of Czechoslovakia. 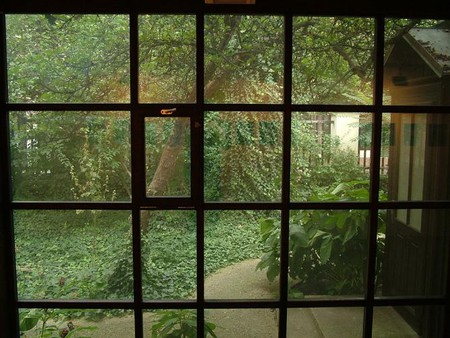 Human presence is rare in his work. Sudek frequently organized soirees for his circle of good friends and entertained them with his outstanding collection of classical music; his second strongest passion after photography. However, apart from that, Sudek was a lonely man who spent much of his time by himself and never married or had children. The beauty of Prague inspired him, but it was also his refuge – and so was his studio.

Josef Sudek’s studio at 432 Ujezd in Prague was burnt down by a fire in 1986. An exact replica was rebuilt in 2000 and now hosts the Josef Sudek Atelier, one of three galleries in Prague bearing the name of the photographer. Not all cities can boast an artist who has devoted his practice so passionately to the celebration of its charm, but Prague can. Prague had its poet, and he showed his love for the city not with words, but with photographs.