Getting Around the Czech Capital: How To Navigate Transport in Prague 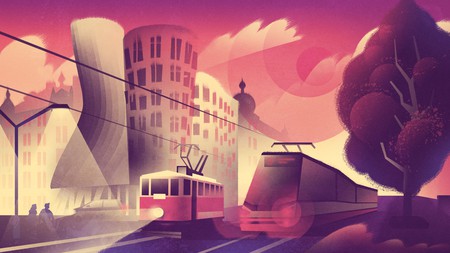 Exploring Prague on public transport is one of the most economical ways to see the Czech capital, all the while keeping your carbon footprint in check.

With its narrow lanes, maze-like pedestrian zones and scenic hilltops, Prague might seem like it was made for strolling. Don’t ignore its excellent public transportation system, however, which is regularly rated as one of the best and fastest in Europe. With its cheap and convenient tram, subway, bus and even ferry lines, it’s easy to get across the Czech capital in an environmentally friendly manner. And if you really want to experience the city like a local, there’s no better way than by traveling with Pražská Integrovaná Doprava (PID), aka Prague Integrated Transport. Over 43 percent of city residents use public transportation regularly, the third-highest number in Europe. 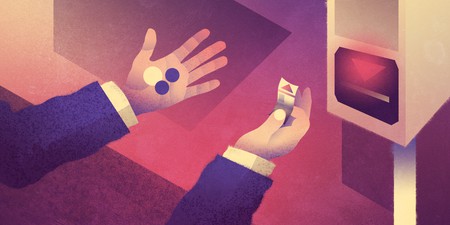 With PID’s tram, metro, bus and ferry lines all operating under one umbrella organisation, getting tickets is a breeze. Individual tickets can be purchased on board every tram, in any metro station, from standalone vending machines at many tram stops, at newspaper stands and from any bus driver. Almost all of those options now accept contactless credit cards, including Apple Pay and Masterpass. In addition, staffed, multilingual information centres at Prague Václav Havel Airport, at the main train station and at the Anděl, Hradčanská, Můstek and Nádraží Veleslavín metro stations also sell tickets and offer free transit maps.

For a paper-free experience, download PID’s Litáčka app, which allows you to buy tickets at any time through Apple Pay or Google Pay.

A basic ticket of 24 Czech koruna (about £0.80) is valid for an unlimited number of rides, including transfers, for up to 30 minutes. For a princely 32 koruna (about £1.10), you can enjoy unlimited rides for up to 90 minutes. If your ticket doesn’t already have the time printed on it, it will need to be validated with a stamp. Look for the orange stamp machines at the entrance to the metro station or on your tram or bus; insert the ticket in the direction of the arrow printed on it and just wait for the stamping sound.

Pro tip: buy a single-day or three-day ticket at the airport or main train station as soon as you arrive, and use that to get to your lodgings and start exploring the city.

Prague’s historic trams have been some of the city’s favourite icons for over a century, though newer cars and renovations to older rolling stock have brought in much-appreciated modern features, including air conditioning and free WiFi, as well as improved accessibility. Like the metro, trams here operate on the honour system: passengers are required to have a valid ticket, but you don’t have to prove that you have a ticket in order to enter the tram, making it easy to jump on and off as needed.

Tram schedules are posted at every station, showing the travel time in minutes to each following stop and if that stop allows access to the metro, with timetable icons that show which trams are wheelchair accessible.

Pro tip: whether it’s paper or via the Litačka app, make sure you have a valid ticket. The honour system works because of frequent checks by plainclothes officers. Traveling without a ticket will result in a hefty fine. 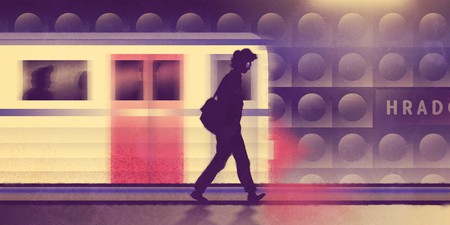 Originally launched as a single line with just nine stations in 1974, today’s 61-station, three-line Prague Metro is extensive and one of the most efficient ways to travel in the city. Primarily (but not exclusively) a subterranean railway, the modern metro runs from sleepy outskirts through the busiest parts of the centre. Three downtown transfer stations allow riders to switch lines: Florenc (where the C line and the B line intersect), Můstek (A line and B line) and Muzeum (A line and C line). Above ground, metro stations connect to bus and tram lines heading off in every direction.

Most travellers will be likely to use the green A line, thanks to numerous stations positioned close to popular sites: Hradčanská (near Prague Castle), Malostranská (in Malá Strana), Staroměstská (close to Old Town Square) and Můstek (at the lower end of Wenceslas Square). In addition, the A line’s station Nádraží Veleslavín station is the main connection for the 119 bus to Prague Václav Havel Airport.

Unfortunately, not all metro stations are accessible with wheelchairs or prams. Look for a wheelchair symbol next to the station name to find those with improved accessibility.

Bus lines are the arcane mathematics of Prague’s public transportation system: helpful for expanding upon the basic addition of tram plus metro, but a bit obscure for most beginners. If you’re staying directly on a bus line, you can use that to connect to the metro or tram of your choice. Just like the tram, buses operate on the honour system and require passengers to have a valid ticket, with the same orange stamping machines used to validate those tickets inside.

Starting in 2005, PID has slowly added several ferries across the Vltava River, linking up spots not connected by bridges, like the trendy Karlín and Holešovice neighbourhoods now connected by ferry P7. Now with seven ferry lines, the majority of the network runs only from April through October. Most PID ferries are bike-friendly, allowing cyclists to connect to the extensive bike trails on either side of the river. The same tickets used for tram, metro and bus work with all PID ferries. 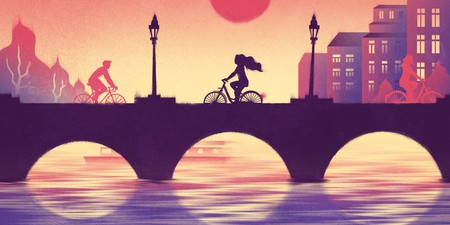 Prague cycling activists are working to make their city more bike-friendly, but the combination of ancient cobblestone lanes and steep hills can make street cycling very difficult. And if you’re over the age of 11, you cannot legally ride a bike on the pavement.

That said, there are some lovely bike trails in Prague, especially those running along the Vltava riverbank. And local organisations like AutoMat are working to establish better protections and routes for cyclists, along with the excellent Prague by Bike online map and other resources.

Locals love the pink Rekola shared bikes, which operate with a simple smartphone app. Similarly, Freebike now offers shared e-bike services in Prague. Helmets are not required for anyone over the age of 18, though they are certainly recommended.

Prague now has electric scooters, including those from Lime. However, scooters are definitely not legal to ride on the sidewalk, and their small wheels are not great in the grooves and dips of the cobblestone streets – you’re better off with a bike or public transportation.