Czechoslovakia, Prague and a Century of Competing Cultural Reclamations 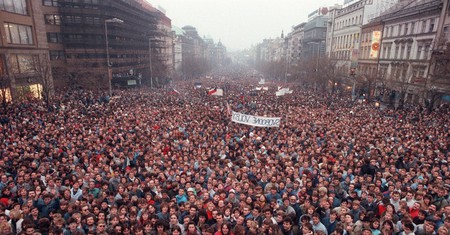 After WWI had weakened the Austro-Hungarian empire, Czech and Slovak people came together to form a nation state in 1918. Over the last century, the region has continued to carve out a space for itself, often in the face of aggressive opposition.

A century has passed since the Czechoslovak Declaration of Independence was read aloud in Prague. Today, Czechoslovakia’s former capital – still intimately connected to its past – serves as a reminder of the optimism of the Czech and Slovak people in 1918.

Though Czechoslovakia no longer exists as a sovereign nation, members of the Czech Republic and Slovakia will join in the former capital to celebrate the centenary of their complicated union. 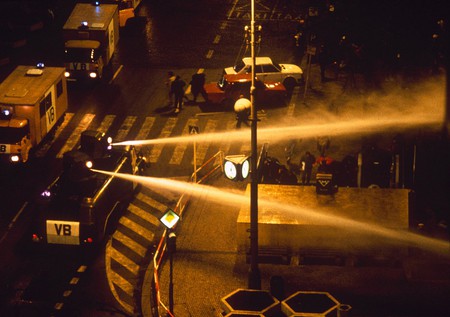 Their story started as WWI came to a end. The Austro-Hungarian empire was steadily declining, and Czech and Slovak groups decided to break free and strike out as their own sovereign nation. Although their dream of a unified Czechoslovakia came to an end in January 1993, the First Czechoslovak Republic (1918-1938) held the promising title of the only continuous democracy in Eastern Europe until WWII.

While many celebrated the creation of a parliamentary democracy, German nationalists within Czechoslovakia’s multicultural citizenry sought to weaken the country and its ability to resist German occupation in 1938.

After Adolf Hitler procured Austria, he set his sights on Czechoslovakia’s ‘Sudetenland’ (border territories where the minority German population lived). Hitler backed the German National Socialist Workers’ Party push to become a part of the German empire, claiming that Sudetenland would be his last conquest. Leaders of Britain, Germany, Italy and France were convinced and signed the Munich Agreement, which annexed Sudetenland to the Nazi government in 1938.

Czechoslovakia was not consulted and, in addition to losing Sudetenland, the state lost most of its defenses against German attack. The rest of the country fell under Nazi rule less than a year later.

Unsurprisingly, the Munich Agreement is also known as Mnichovský Diktát (Munich Betrayal) among Czech- and Slovak-speaking people. But unlike other cities that fell under Nazi rule, Prague’s distinct architecture was preserved. According to folklore, the city’s beauty made it a crown jewel of the new German empire. 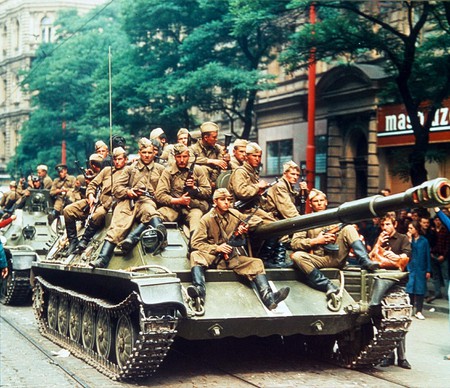 After WWII ended in 1945, Czechoslovakia re-emerged as the Third Czechoslovak Republic (1945-1948) and attempted to restore democracy to the region.

Democratic rule was disrupted after a coup d’etat by the Soviet-backed Communist Party of Czechoslovakia. Czechoslovakia underwent another name change, becoming the Czechoslovak Socialist Republic (CSR) and would remain under communist rule as a Soviet satellite country until the Velvet Revolution in 1989.

Despite the new regime change, Czechoslovak people still aimed to carve out their own space under the new Soviet-backed government and maintain a sense of what it meant to be distinctly Czechoslovakian.

Part of the frustration with outside governance was because of a fierce pride in the region’s early achievements as a cultural centre of Bohemia. In the 19th century, the region served as inspiration for the writer Franz Kafka, inventor Jozef Murgaš, poet Pavol Országh Hviezdoslav and painter Alphonse Mucha. Under German and Soviet rule, restricted freedoms made creative pursuits more difficult and often dangerous, effectively silencing Czechoslovak culture for decades.

Influenced by this creative pride, Slovak Alexander Dubček rose to power as Czechoslovakia’s leader in 1968, and rolled out a plan to create “socialism with a human face” distinct to the CSR. This period, called the Prague Spring saw the abolishment of censorship and partial decentralisation of the economy, and made the Czechoslovakians feel as though a weight had been lifted, allowing culture and creativity to flourish once again. 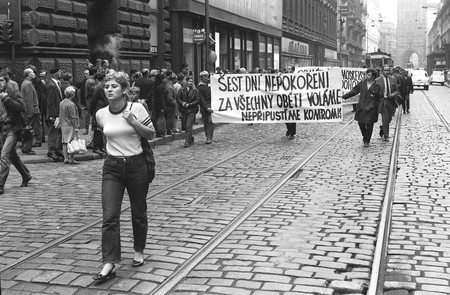 Unfortunately, this too was short lived. Open criticism in the press and in artistic expression made the Soviet Union nervous.

On 20 August 1968, around 200,000 Soviet and Warsaw-backed troops entered the CSR along with 2,000 tanks, completely occupying the region by the next morning. According to historian Anna J. Stoneman, “the attack was unprovoked, unforeseen and shocked the Czechoslovakian people.” This new period of occupation was especially surprising as it came off the back of the Bratislava Declaration wherein Dubček and leaders from the Soviet Union, East Germany, Hungary and Poland had agreed Dubček could continue with his reforms. In Socialism With a Human Face: The Leadership and Legacy of the Prague Spring, Stoneman claims the declaration was used by the Soviet Union to lull the CSR into a sense of safety, making it easier to overthrow.

Dubček’s reforms were repealed and the Soviet Union imposed harsh punishments to maintain a physical and ideological hold on the region. This final occupation came to an end with the Velvet Revolution, which started in the Slovak capital, Bratislava. After roughly a month of peaceful protests, the Soviet Union ceded power back to the Czechoslovak people on 29 December 1989. 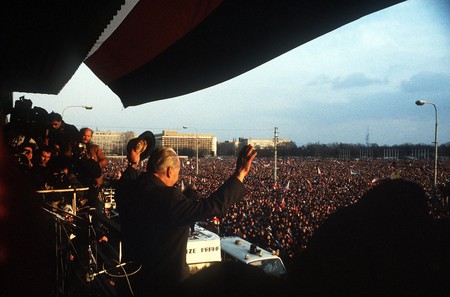 In 1990, Czechoslovakia, at this point called the Czechoslovak Federal Republic, held its first democratic election in 44 years. New freedoms were welcomed, but due to intensifying cultural divisions, the Czech and Slovak groups parted ways three years later.

Since the 1993 split into the Czech Republic and Slovakia, fears of outside dominance have prompted isolationist policies and a confused sense of what it means to be truly Czech or Slovak. While both cultural groups maintain strong pride in their separate cultures, their joint relationship heavily influences the way the region expresses itself today.

This expression is best seen in Prague, now the capital of the Czech Republic. Unlike many cities touched by Nazi Germany and the Soviet Union, some of Prague’s oldest structures still stand, making it a UNESCO World Heritage site. But rather than exist as a stagnant relic of the city’s past, Prague’s vibrancy is proof of the region’s determination to continually define itself.

Gothic architecture reminds tourists of the region’s early achievements. Sparse Communist monuments point to its struggle to maintain sovereignty. Brutalist buildings both in the city centre and around its edges are representative of the encroaching oppression of Soviet rule. Enriched by its history but not encumbered by it, the capital of former Czechoslovakia is sure to inspire artists, novelists, poets and other visionaries to push boundaries for centuries to come.