An Introduction to Czech Literature in 10 Books 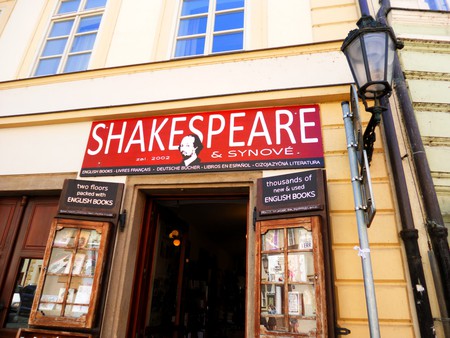 You might be familiar with a small part of Czech literature, but the country has given birth to some amazing names that can help you better understand the art and culture of the nation. We take a look at 10 of Czechia’s finest works.

The Metamorphosis by Franz Kafka

Kafka is the perfect name to start your tour of Czech literature, as he is known everywhere and his books are unique. Kafka lived his entire life in the Jewish Quarter in Prague, where he wrote most of his books, including his most famous one, The Metamorphosis.

Considered one of the most important works of literature of the 20th century, this novella tells the story of a traveling salesman Gregor who wakes up one morning to discover he’s turned into an insect. Kafka never tells readers why or how this happened. The rest of the book deals with the difficulties of adapting to his new life and being understood, perhaps a nod to Kafka’s own life, he spoke only German (rather than Czech) and was Jewish in a world where anti-semitism was getting stronger by the second.

War with the Newts by Karel Čapek

Čapek is best known for his play R.U.R. (Rossum’s Universal Robots), which is credited with the first use of the word robot, which Čapek invented. He’s also known for being nominated (but never winning) for the Nobel Prize in Literature seven times. Of his novels, War with the Newts is the best known and the most acclaimed, perhaps because it embodies everything the author was about: pragmatic liberalism, satire and rebellion. War with the Newts is the story of a sea-dwelling race that go from being enslaved by humans to fighting for world supremacy.

The Power of the Powerless by Václav Havel

Havel was the last president of Czechoslovakia and the first President of the Czech Republic, but his legacy as a writer goes far beyond that. Although he wrote many plays, Havel is best known for The Power of the Powerless, a book of essays that examines how the communist regime affects the life of regular citizens and how those citizens can unite to repel oppression. The book was officially banned at the time but eventually became a representation of the ideals for the new country.

Kundera was born in Czechia but later became a French citizen to avoid persecution and was eventually stripped of Czechoslovak citizenship. However, Kundera is still considered one of Czech Republic’s most notable writers. His book, The Unbearable Lightness of Being, is often studied in schools around the world. The book is particularly famous for taking place during the 1968 Prague Spring upheaval and for opposing the concept of eternal recurrence created by Nietzsche, in which everything keeps reoccurring. A complex work examining basic themes of love and life, this is one of Kundera’s must-read works.

All This Belongs to Me by Petra Hůlová

A young, contemporary writer, Hůlová rose to fame in 2002 with the publication of her novel All This Belongs to Me, which tells the story of five women from the same Mongolian family. Because Hůlová spent a year living in Mongolia during her studies for a degree in culturology, she has a particularly close understanding of the language and culture – perhaps one of the reasons her book became so popular. Although Hůlová has published several award-winning novels since, only her debut novel has been translated into English so far.

The Blissful Years of Lousy Living by Michal Viewegh

Often compared to English writer Nick Hornby, Michal Viewegh is a bestselling author and a good representation of what Czechs are reading today. He’s a prolific writer with over 20 titles to his name, but it’s his second book, The Blissful Years of Lousy Living, published in 1992, that it’s perhaps the most famous. A humorous look into the Communist era, the book was made into a film in 1997.

Dancing Lessons for the Advanced in Age by Bohumil Hrabal

Among Czechs, Hrabal is one of the most famous writers of the 20th century, even though his name is not as well known internationally. Although Hrabal wrote many different books (including volumes of poetry), one of his most notable works is Dancing Lessons for the Advanced in Age, a novel about a man retelling his past. The novel, however, is unique for one very specific reason: the entire book is written as one sentence.

Lustig spent time in several concentration camps, including the infamous Auschwitz extermination camp, before escaping when a train where he was being transported was bombed by the American Air Force. A Prayer For Katerina Horowitzowa touches on many of these subjects, as the characters are wealthy American Jews detained in Italy during the war. A sad and deep work of literature that explores the intimate side of the Holocaust and the lives lost to it.

A Wreath of Sonnets by Jaroslav Seifert

A Nobel Prize winning Czechoslovak writer, Seifert is actually best known for his poetry, which is full of lyricism – a stark contrast to his other writings as a member of the Communist Party of Czecholosvakia and the editor of communism papers. Unfortunately, very few of Seifert’s books have been translated into English, so eager readers will have to turn to A A Wreath of Sonnets to get a peek into Seifert’s world.

Love and Garbage by Ivan Klíma

A winner of the coveted Franz Kafka prize, Klíma has written a number of plays and novels, of which Love and Garbage is the most famous. The story of an artist forced to work as a garbage collector during the times of Communist Prague, the book explores the human connection and how our circumstances shape who we are and we can do.