A Brief History of the Prague Castle 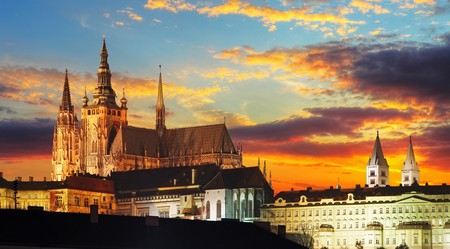 Thought to be the largest ancient castle in the world, Prague Castle covers an area of over 18 acres (seven hectares) and is made up of several incredible baroque and gothic structures. Here’s a brief history to this ancient Czech monument.

Although the history of the castle dates back to the ninth century, it didn’t always look as it does today. The first construction (of which only ruins remain) was the Church of the Virgin Mary, built around the year 870.

A few decades later, St. Wenceslas and his father added two other religious buildings within the grounds: St. George’s Basilica and St. Vitus Cathedral, which has since become the final resting place of many Bohemian kings. St. George’s Basilica is perhaps best known for being the setting of many organ and classical music concerts. 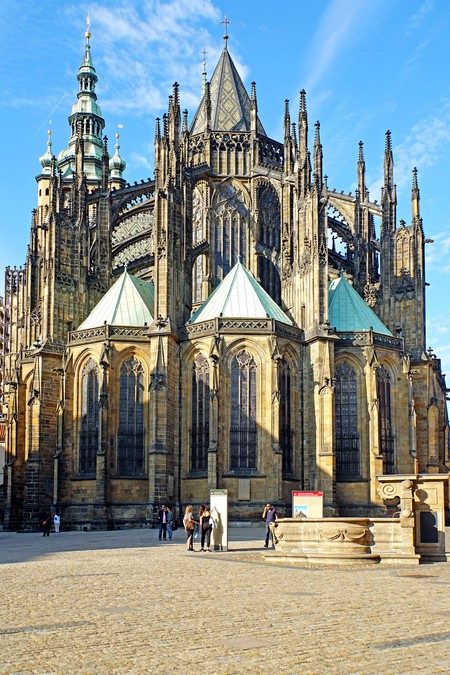 Over the next few centuries, the complex grew at a speedy pace. Several structures, including a palace, were built in the 12th century and then renovated and expanded 200 years later. The castle itself was abandoned for many decades, even though the churches and forts around it were still in use. It wasn’t until 1485 that work started again; this led to the addition of fortification towers and the construction of Vladislav Hall.

After a massive fire in the mid-1500s, Prague Castle was restored again, only to be severely damaged during the Bohemian Revolt and succeeding battles – and then looted by the Swedes in 1648 as part of an ongoing war. 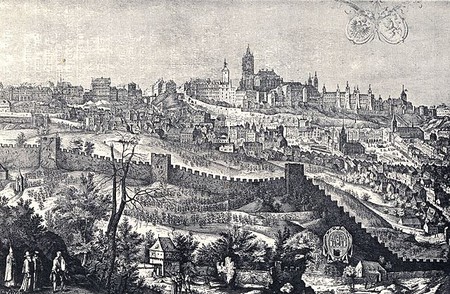 Luckily, things calmed down in Prague after that. It wasn’t until 1848 that the castle underwent major renovations again, under the guidance of Empress Maria Theresa. 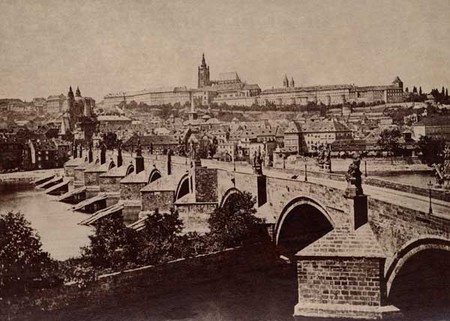 In 1918, the castle became the seat of the President of the Czech Republic. Modern presidents reside in the New Royal Palace, also located within the grounds and one of the few buildings not open to visitors.

Perhaps one of the darkest nights in Prague Castle’s history, was the night of March 15, 1939. After occupying Prague, Adolf Hitler spent the night at the castle, proud of his new acquisition. Hitler left the city soon after, and SS General Reinhard Heydrich stayed behind in charge of the castle. In 1942, Heydrich was attacked, and eventually died, as part of Operation Anthropoid.