Is This the Most Beautiful Library in Europe?

Regularly named one of the world’s most beautiful libraries, this baroque marvel dates back to 1722. Originally the main library for one of the oldest and largest universities in the world, it quickly became a symbol of magical beauty.

The National Library of the Czech Republic is part of the Clementinum, a massive complex of historical buildings that also holds the Astronomical Tower (a weather center since 1775) and the Mirror Chapel, a popular setting for classical music concerts. The main hall leading to the library is lined with books, manuscripts, and photographs of historical significance, and is a great introduction to the magnificence that awaits just a few meters ahead. 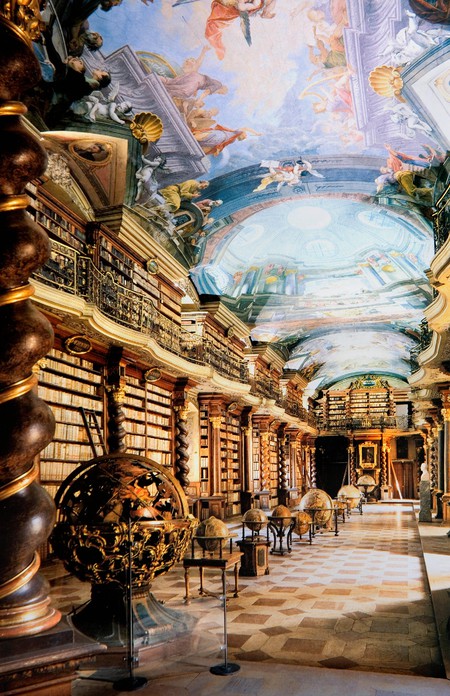 The largest hall of the library is also the most impressive. Featuring a balcony with a highly ornate, forged railing and stairs, the Library Hall is decorated in rich golds, mahogany woods, and ceiling frescoes by Jan Hiebl. The beauty is in the original details: the labels on the bookcases have been there since the 1700s and none of the features (including floors or wood trims) have been replaced since the library’s creation.

The Library Hall is also home to some of the oldest books in Europe—including the 11th-century Vyšehrad Codex, an illuminated, Romanesque Gospel Book, thought to have been created to commemorate the coronation of Czech King Vratislav II, the first king of Bohemia, in 1085. 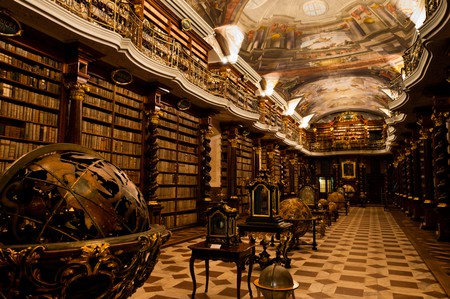 Aside from the massive compendium of books, there’s also an impressive collection of geographical globes handmade by the Jesuits. The astronomical globes peppered throughout the room are a work of art in themselves. Look closely and you’ll also notice a number of clocks designed and handcrafted by Jan Klein, a renowned 18th-century Jesuit astronomer and mathematician.

Perhaps one of the most striking things about the design is the artistic frescoes adorning the ceiling. German-born artistJan Hiebl was asked to paint those frescoes after working on several chapels and churches in Prague. The Clementinum is unique, however, because Hiebl mixed scientific and artistic images with portraits of Jesuit saints and other religious symbols. Hiebl was also known for his “trick” painting, which created the illusion of the ceiling disappearing, so you can see sunlight pouring into the room. 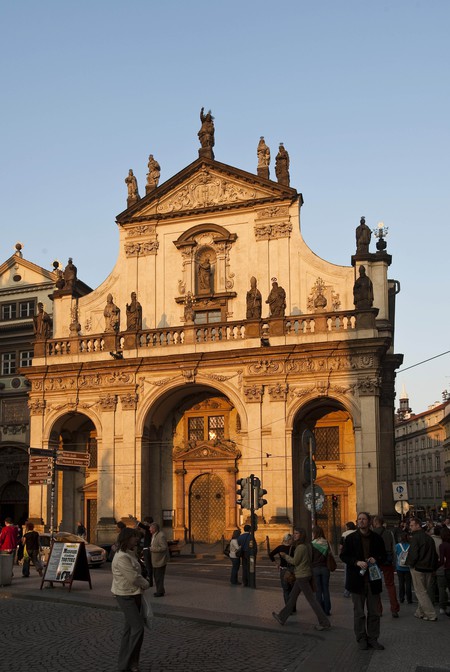