10 Reasons Why You Should Visit the Czech Republic 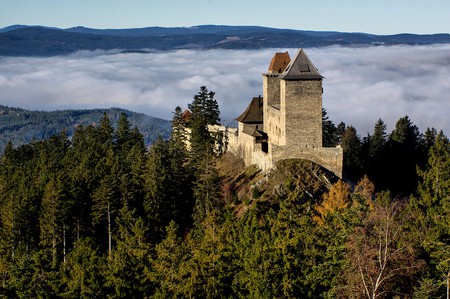 If you are still wondering whether Czechia is a must-see, take a look at the list below – with castles, great beer, and unique cultural and historical sights on its side, the Czech Republic certainly deserves to be explored.

The Czech Republic has the largest density of castles in all of Europe. In fact, there are over 2,000 castles around the country – some in perfect condition, some that are just ruins. The world’s largest castle complex is in Prague, and the country is also home to some of the oldest castles in the world: both Karlštejn Castle and the Trosky Castle ruins were originally built in the 1300s. 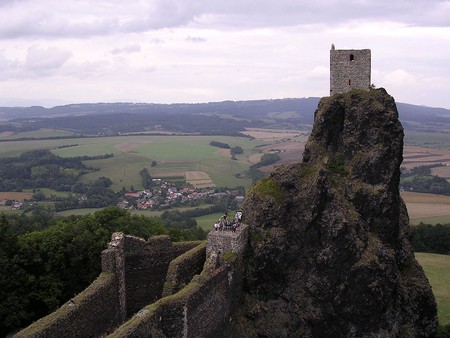 This small city located about 90 minutes away from Prague is most famous for being home to the Sedlec Ossuary (a.k.a. Bone Church). The ossuary is a small chapel that contains the bones of somewhere between 40,000-70,000 people – bones that have been used to decorate the walls, create chandeliers, and even a coat of arms. The bones mostly belong to people who died during the Black Plague that hit Europe in the 14th century, although additional skeletons were added to the mass grave behind the church a century later, during the Hussite Wars. Kutna Hora is also home to one of the most famous Gothic churches in the country, St. Barbara’s Church, a UNESCO World Heritage site. 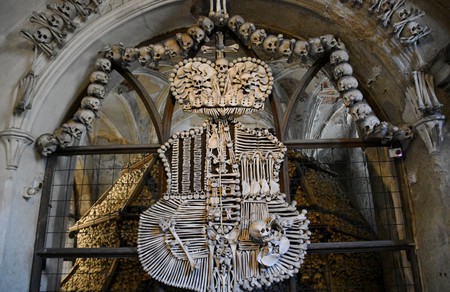 Coat of arms inside the chapel |  ©Richard Mortel / Flickr

The Czech Republic might be known as “beer country,” but the Moravian region is also a prime producer of fine wine. Moravia is a Tuscany-like region in the south of Czechia. Lush vineyards dominate the area, aided by a warmer climate and an ideal amount of sun throughout the year. Moravian wines are flowery and earthy and are grown around towns that are worth a visit – such as Znojmo, home to Znojmo Castle and a medieval church, and Mikulov, home to a chateau and an impressive number of wine tasting cellars.

If your goal is to explore Europe, there are two cities that offer the perfect location and an extensive transportation hub to take you mostly everywhere you want to go: Berlin and Prague. Prague is within a few hours of a lot of major cities, from Vienna to Berlin to Krakow. Czech trains are cheap and overnight trains will get you everywhere in Europe in the comfort of a cabin. Plus, long-distance buses from companies such as Student Agency allow you to travel in style (wi-fi, hot drinks on board) for just a few Euros.

It was Kafka’s home

One of the masters of magical realism, Franz Kafka was born and lived his entire life in Prague. Although he’s best known for his book The Metamorphosis (about a man who wakes up to discover he’s turned into an insect), Kafka also wrote many other important literary works, including The Trial and The Castle. You can follow Kafka’s trial all around Prague: in his museum, in the 12-foot bronze Franz Kafka Monument sitting at the corner of Dusni and Vezenska Streets, and even inside Café Louvre, which Kafka loved.

Czechia is full of historical sights and very well-preserved areas, so it’s no surprise that many have been declared UNESCO sites. One great thing about UNESCO designated sites in the Czech Republic is that not all of them are “just” buildings – which means that you get a chance to see history in many forms. The historic centers of Prague, Kutna Hora, Telč, and Český Krumlov are all UNESCO World Heritage Sites. So is the Holy Trinity Column in Olomouc and the Holašovice Historical Village Reservation. The list also includes the Lednice-Valtice Cultural Landscape, a cultural-natural landscape complex. 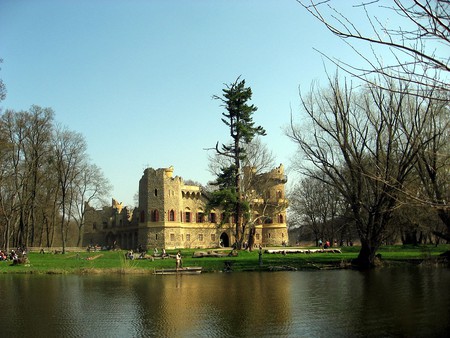 The Czech Republic has a long tradition of beer brewing, with documented brewing dating back as far as the year 993. The country also produced the world’s first pilsner, still sold under the brand Pilsner Urquell. The brewery even organizes its own two-day beer festival, Pilsner Fest, ever year. Gambrinus, Bernard, and Staropramen are also well known Czech brands. There’s also a 17-day Czech Beer Festival in Prague every year. Beer gardens are popular places for meetings around the country, and many offer live music. If you’re in the mood for something different, you can also try a beer spa or buy cosmetics (shampoo, creams) made with beer.

Compared to other major European cities, Prague is cheap. You can still get a nice hotel room for less than 50 Euros per night, and a meal at a decent restaurant will set you back about 20 Euros including drinks. An unlimited 24-hour transportation ticket will only set you back about 4 Euros and allow you unlimited transfers on all types of public transport. Czechia also has the cheapest beer in Europe.

Sanatoriums are resort-like complexes that combine spa treatments with medical care and a space to rest and recuperate. Sanatoriums were always part of Soviet culture and when Communism took over other countries, the practice extended to those places, too. Although most modern spaces are know called “spas” (perhaps because sanatorium sounds too medical), the idea behind them is the same: come here for treatments such as saunas, massage, oxygenotherapy, mud baths, and more. The best known spa town in the country is Karlovy Vary, although Mariánské Lázně, Lipová-lázně, and Teplice are also very popular. Czechia is also home to unique spas, such as some of the beer spas you’ll find in Prague – where baths, massages and more are all based on beer products.

While there are many natural parks across Europe, few are more imposing and more unique than Bohemian Paradise. Located in the north of the country, Bohemian Paradise was Czechia’s first natural reserve, and today it includes not only sandstone rock labyrinths (the park’s most famous features), but also castle ruins, plenty of hiking trails and the Bozkov dolomite caves, which contain Czechia’s largest underground lake.