10 Excellent Reasons Why You Should Visit Prague

If you’re wondering whether you should visit Prague, wonder no more. Here are 10 of the best reasons why the Czech capital should be next on your list of must-visit destinations.

To see the largest castle complex in the world

Dating back to the ninth century, Prague Castle is recognised by the Guinness Book of Records as the largest castle complex in the world, covering an impressive 70,000 square metres (17 acres). The castle complex comprises a number of buildings, which include the gothic St Vitus Cathedral, a number of defence towers, a few museums and churches, the presidential palace and Golden Lane, a 16th-century street that once housed the royal goldsmiths. 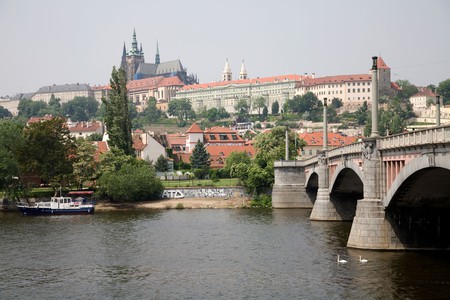 Because Prague wasn’t severely damaged during World War II, many of its most impressive historical buildings remain intact today. Prague’s buildings were also left relatively untouched during the 17th and 18th centuries. As a result, the city is a breathtaking mix of Baroque, Gothic and Renaissance architecture that is hard to find anywhere else in Europe. The Our Lady Before Týn church in Prague’s Old Town Square is a magnificent example of Gothic architecture, while Schwarzenberg Palace inside the Prague Castle’s grounds is a perfect example of Renaissance design. Examples of Cubism and Neoclassicism also abound, with touches of Art Nouveau in places, such as the Municipal House. 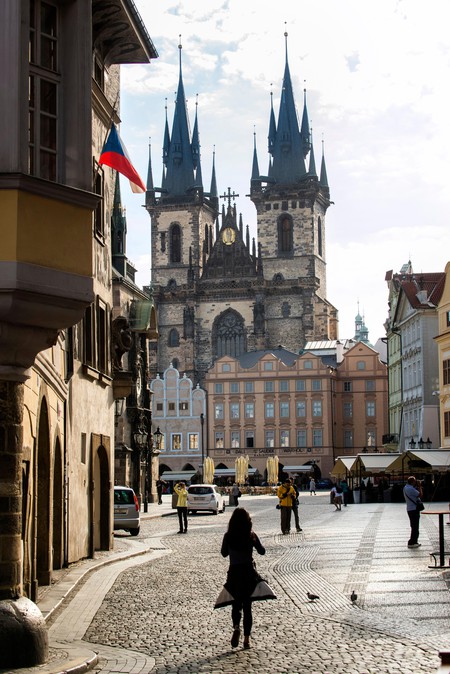 To see where Prague writer Franz Kafka grew up

Franz Kafka was born and grew up on the streets of Prague, not far from Old Town Square. Born into a Jewish family who spoke German (the language in which Kafka wrote all his books), Kafka was a lawyer who worked at an insurance company, even though his passion in life was writing. His books are a mix of the fantastic and the realities of turn-of-the-century Prague, and you can see traces of the city in many of them. While the home where he was born no longer exists, Kafka’s final resting place can be visited at the New Jewish Cemetery. 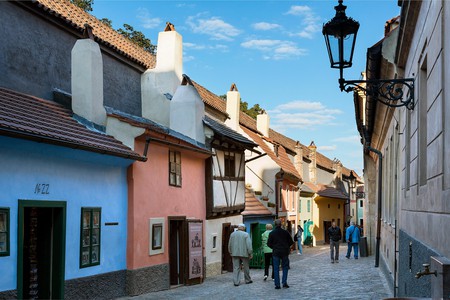 To people watch on one of Europe’s oldest bridges

One of the oldest bridges in Europe still in use, Charles Bridge was built between 1357 and 1402. The now pedestrian-only bridge has survived floods and the Thirty Years’ War, and is one of the most popular attractions in Prague today. The bridge is decorated with 30 statues representing saints. 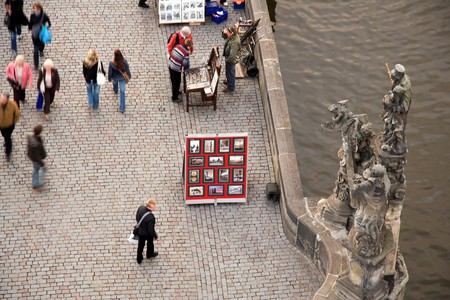 To save money in one of the cheapest capitals in Europe

Prague is known as the one of the cheapest capital cities in Europe. An unlimited monthly transport ticket (which you can use to take any combination of buses, trams and metro lines) will set you back just €20, while dinner for two at a good restaurant (including appetisers, main course and drinks) will cost €30 or less. At a standard Prague pub, a beer will set you back about €1.20, less than a bottle of water, and about half the price of a cappuccino (€2.10). Many museums are free or cost under €10, meaning you can enjoy a cultural holiday without breaking the bank. 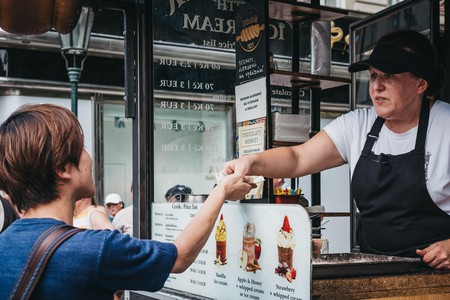 Prague’s astronomical clock, installed in 1410, is the oldest operating clock of its kind on the planet. Located in Old Town Square, the clock marks not only the time, but also the months and the astronomical position of the sun and moon, making it sort of a tiny planetarium. The clock is decorated with Gothic sculptures and wooden statues of the apostles that were added over the centuries – and if you happen to stop by on the hour throughout the day or night, you’ll see them come to life. 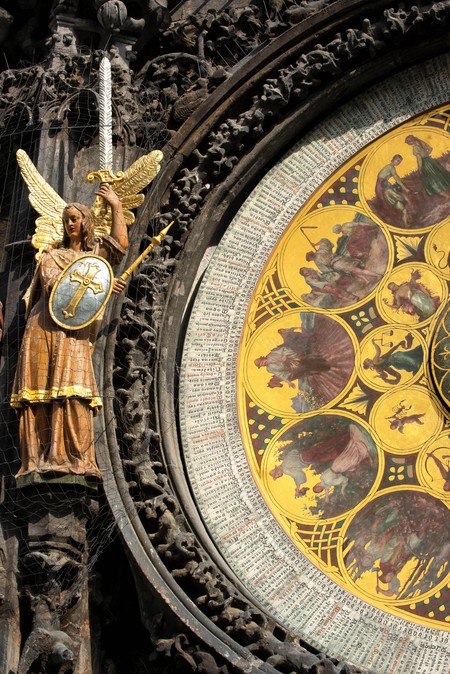 To drink in the beer capital of the world

Czechs consume more beer per capita than any other country in the world. Czech beers tend to be light and foamy, with brewers such as Pilsner Urquell and Staropramen leading the pack. Beer gardens are part of summer culture here: both children and dogs are welcome, and families and friends congregate to watch sports or music videos on giant screens. Prague has beer spas and even an organic beauty products company (Manufaktura) that makes beer-based creams and shampoos. 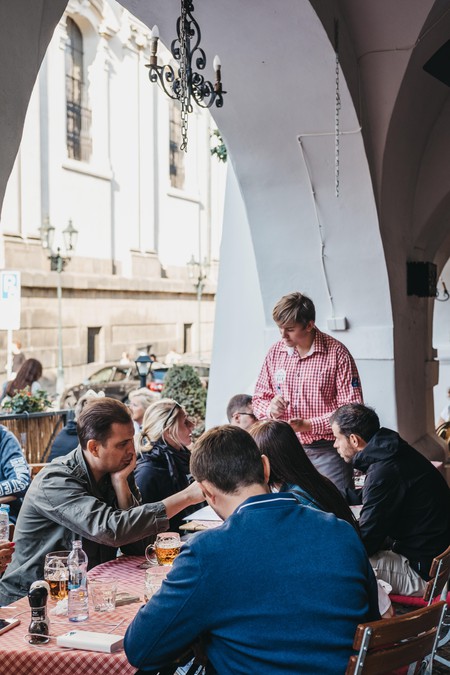 To learn about life in Prague under Communist rule

Communism ruled over Czechoslovakia from 1948 to 1989, stripping citizens of their rights and their freedoms. Today, you can learn about those dark times with visits to unique museums such as the Museum of Communism and the KGB Museum. The first is particularly interesting because it features artefacts of everyday life from the time, including a classroom, and also shows a number of films representing life under the regime. You can also join a guided tour of a real nuclear bunker, complete with gas masks and other Cold War items. 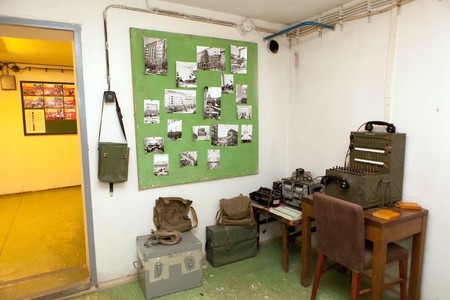 To attend some of Prague’s amazing festivals

Naplavka (Prague’s river boardwalk area) comes alive during the summer months, attracting tons of festivals, live music, floating beer gardens and other live events. There’s something to draw everyone to Prague, whether you’re interested in attending microbrewery festivals or food festivals. In early autumn, a wine festival takes over the city, and in winter the Christmas markets (including one of the biggest ones in Europe, in Old Town Square) light up the streets, making Prague magical. 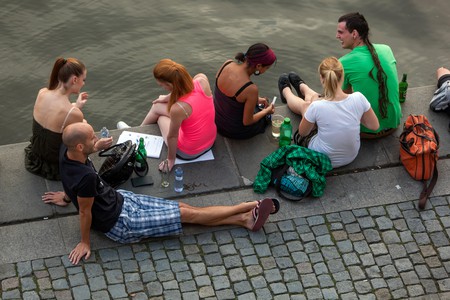 To marvel at the audacity of David Černý’s sculptures

Černý is a Czech sculptor known for his tongue-in-cheek works of art that are spread all over Prague. From giant crawling babies on the sides of the TV Tower to the two statues of urinating men outside the Kafka Museum, Černý is all about making an impression. He also sculpted a statue of St Wenceslas riding a dead horse, a fun wink to the St Wenceslas statue sitting in front of the National Museum. Searching the city for his sculptures is a must-do when you visit Prague. 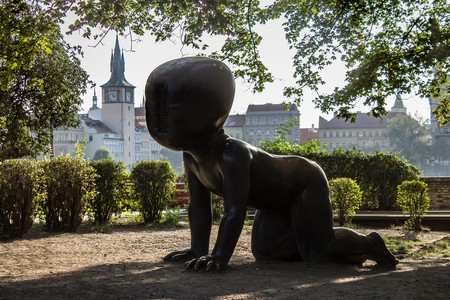