The Coolest Restaurants in Prague 7 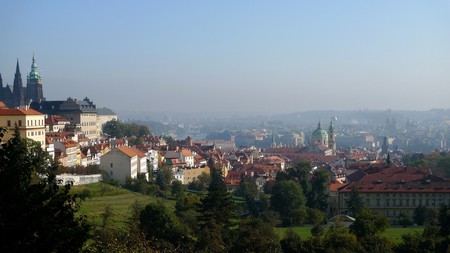 Prague 7 occupies a lovely location on a bend of land jutting out into the Vltava River. The area offers some beautiful views of the riverside and central Prague. Prague 7 contains the trendy neighbourhoods of Letná, Bubeneč and Holešovice and has a range of contemporary restaurants that offer everything from modern Czech cuisine, to Mediterranean food and Asian fare. Here are the restaurants not to miss. 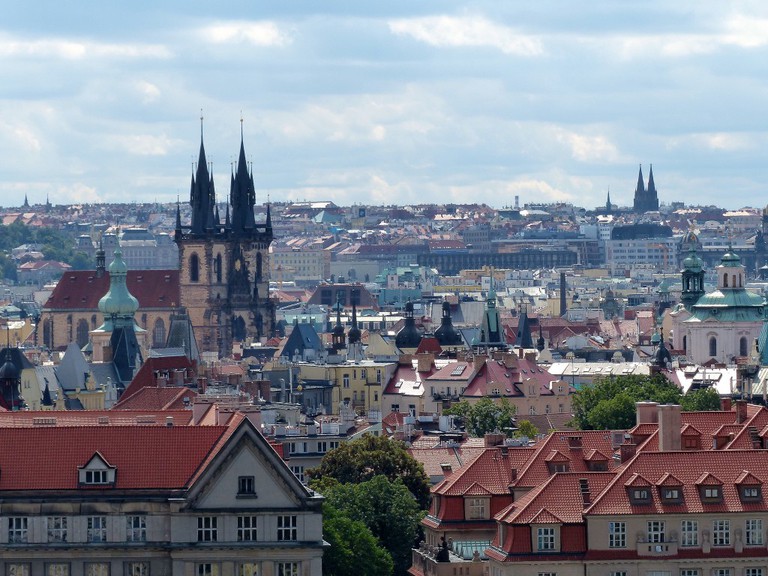 Old Town Prague seen from Letna Park | © Roman Boed/Flickr
If your idea of a perfect meal includes candlelight, a classically stylish dining room and gourmet European fare, then Restaurant Belcredi is a must-visit in Prague. The restaurant is just one of four dining options in the beautiful chateau Letenský Zámaček, a stunning property with an old-school ambience nestled in the heart of charming Letná Park.
Restaurant Belcredi’s menu is full of fancy European dishes with distinct Italian and French influences and just a touch of Czech for those looking for local flavor. Try an appetiser of seared scallops with aubergine and a cherry tomato mélange followed by the Czech specialty dish of beef in a creamy sauce with homemade dumplings, cranberries and whipped cream. Beyond the delicious menu lies another treat, the breath-taking panoramic views the property offers over Prague’s Old Town.
Open In Google Maps
479/19 Milady Horákové, Holešovice, Praha 7 Hlavní město Praha, 170 00, Czech Republic
+420775026088
Visit Website
Give us feedback 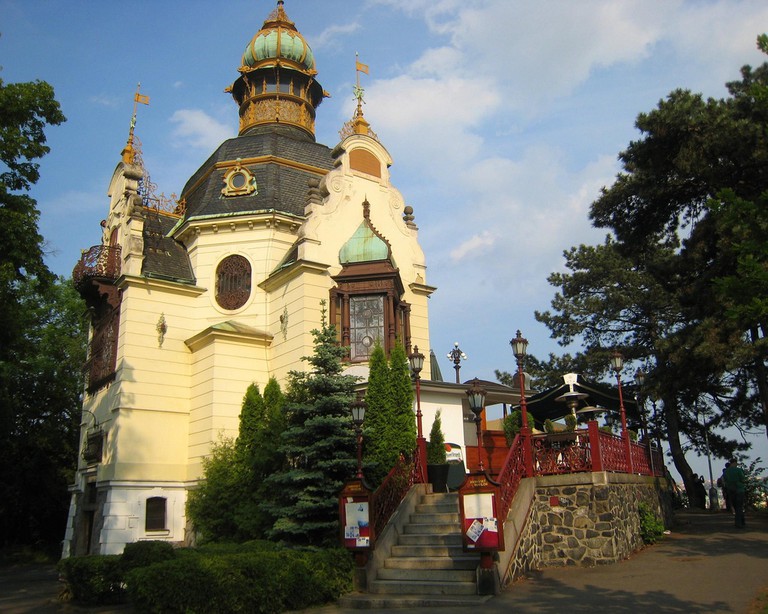 Hanavský Pavilon | ©John M/Flickr
Located within Letná Park is Hanavský Pavilon, a perfect restaurant for lovers of history, architecture and great food. The building—a beautiful baroque revival structure—has an interesting history. It was originally constructed in 1891 and designed by Austrian architect Otto Hieser. The building was built to mark the Jubilee Czech Exhibition and once stood in the Prague Exhibition Ground in Holešovice, before being dismantled and rebuilt in its current Letná Park location.
Its intimate restaurant serves a menu of both local and international dishes with options including cabbage soup with klobasa sausage and a variety of schnitzel dishes. In the summer, guests can take a table on the restaurant terrace which provides enchanting views over the Vltava River and its many bridges.
Open In Google Maps
173 Letenské sady, Letná, Praha 7 Hlavní město Praha, 170 00, Czech Republic
+420233323641
Visit Website
Give us feedback 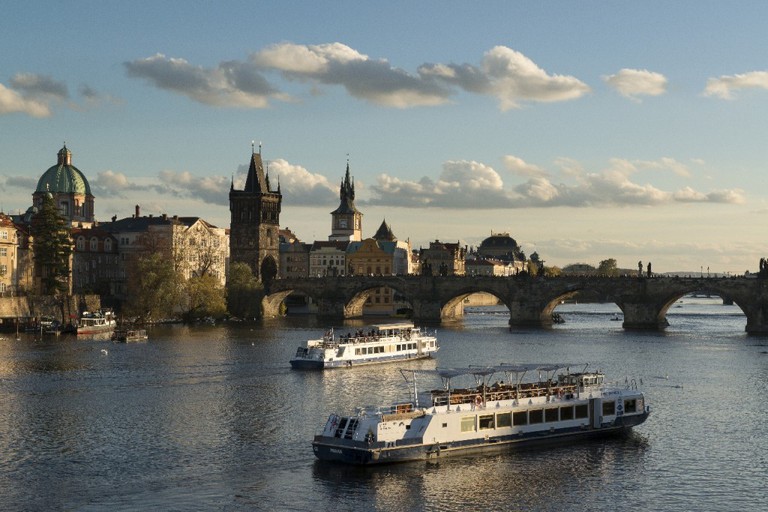 Vltava River and Charles Bridge, Prague | Courtesy Prague City Tourism
Pivovar Marina is located in the port of the trendy Holešovice district on the banks of the Vltava River and is a restaurant with its own onsite brewery. Quite an appropriate part of the venue considering the area’s cultural and historical tradition of beer-brewing. Pivovar Marina’s interior is a sight to behold with a huge wooden ceiling that makes the place look like the inside of a boathouse, befitting in light of its riverside location. The restaurant’s menu features both Mediterranean and local fare and changes daily. Guests can expect dishes like salmon steak with herb couscous and the Czech take on chicken schnitzel—smaženy kuřeci řízek—served with mashed potatoes.
Open In Google Maps
1059 Jankovcova, Holešovice, Praha 7 Hlavní město Praha, 170 00, Czech Republic
+420607453036
Visit Website
Give us feedback

The Farm Urban Kitchen and Coffee 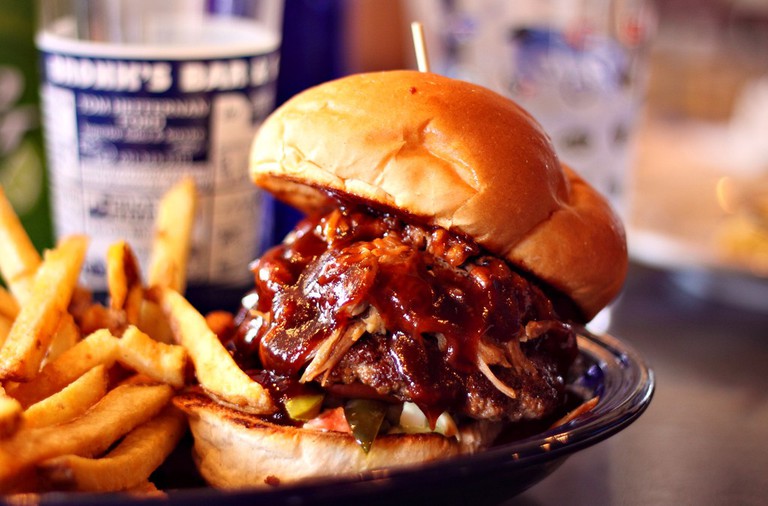 Pulled Pork Burger | © Jerry Huddleston/Flickr
Located in the lovely Prague 7 neighbourhood of Letná, The Farm Urban Kitchen and Coffee opened in the spring of 2014, but despite being one of the area’s most recent newcomers it is already establishing a sparkling reputation and a loyal customer base. Rather than having a set menu, the eco-friendly café bases its dishes on available produce acquired at the local BioVavřinec farmer’s market each day. But it serves fare like all-day brunch items, from pancakes to omelettes, burgers and sandwiches, that the friendly, professional staff will tell you about as you take a seat at one of the café’s handmade tables. The café serves delicious coffee from locally based roaster Doubleshot, and is even dog-friendly.
Open In Google Maps
17 Korunovační, Hlavní město Praha, 170 00, Czech Republic
+420773626177
Visit Facebook page
Give us feedback

Established in 2009 by chef Shahaf Shabtay and inspired by his time spent in Southeast Asia, SaSaZu is an Asian restaurant based at Holešovice’s River Town market that has won numerous awards. A year after opening, SaSaZu earned itself a place in the Michelin Guide’s Bib Gourmand category and has each year since. It has also been named best Asian restaurant by Prague Post four times, and in 2011 Shabtay was named one of the top five chefs in the Czech Republic by Týden Magazine.
The successful restaurant serves delicious dishes based around the five techniques of Asian cuisine, sambal, otak otak, flame, roti and tai tai grill. The menu includes fare like crispy duck topped with foie gras, green onion, cucumber and a mandarin pancake and Singapore crab chilli, soft shell crab with almond and chilli coconut sauce.
Open In Google Maps
Bubenské nábřeží, Holešovice, Praha 7 Hlavní město Praha, 170 00, Czech Republic
+420284097455
Visit Website
Give us feedback 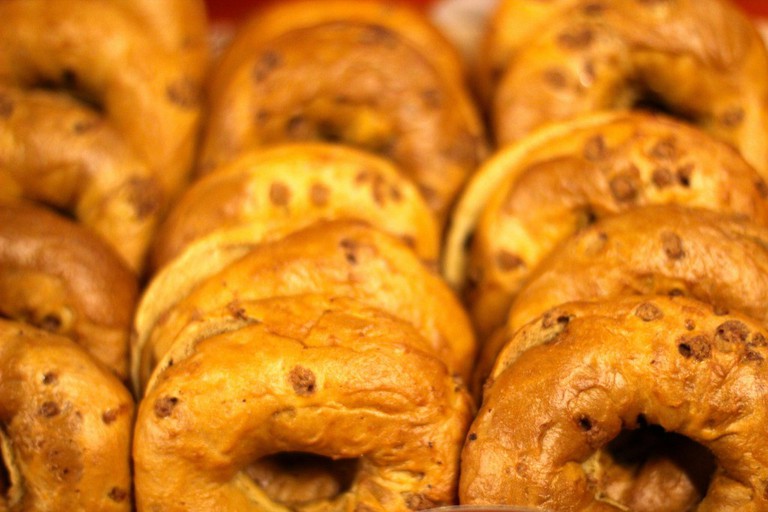 Bagels | © Daniel Cukier
Bistro 8, located in the heart of Prague 7, is a small and trendy café that has a daily changing menu built around seasonal produce, local ingredients and dishes of both a Czech and international variety. The bistro’s healthy, wholesome and homemade fare includes locally inspired meals like the Czech version of meatloaf, sekana, and traditional meat pies. Its globally influenced cuisine also features tasty treats like bibimbap or stuffed Portobello mushrooms with couscous and a creamy basil sauce. Guests also rave about Bistro 8’s delicious homemade desserts and drinks like its soy chai latte. Arty, cosy and friendly, the bistro features a stylish, minimalist design with a classy black and white theme that includes white tiling complemented by oak finishes and contemporary lighting.
Open In Google Maps
1410/8 Veverkova, Holešovice, Praha 7 Hlavní město Praha, 170 00, Czech Republic
+420730511973
Visit Website
Give us feedback 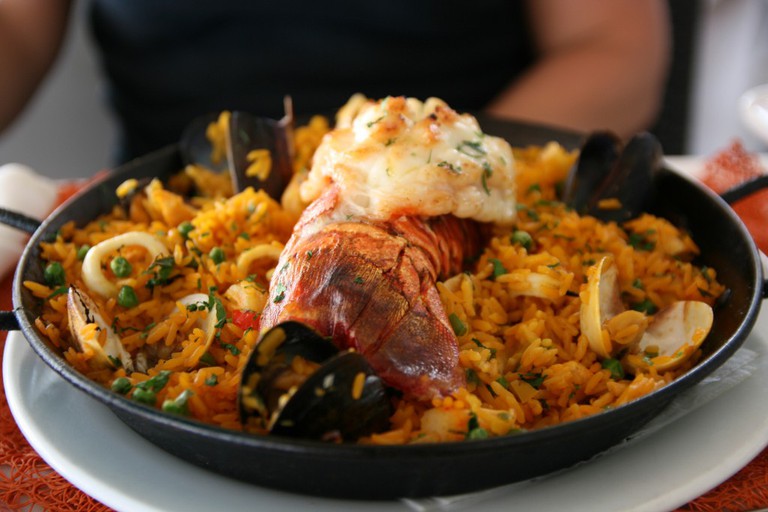 Paella | © Marco Zanferrari/Flickr
Situated within the grounds of the picturesque Stromovka Park, Restaurace Vozovna Stromovka is a charming garden restaurant with a lovely outdoor open air terrace. It is ideal for groups of friends and families, having its own playground complete with a trampoline to keep children entertained.
The restaurant also offers discerning diners a first rate culinary experience with a beer and wine degustation menu of Belgian beers and French wines, and smoked fish and meat available from its own smokehouse. Guests have the option of dining al fresco at one of the restaurant’s outdoor tables or inside in its beautiful contemporary interior. Guests can choose from Mediterranean inspired dishes such as chorizo paella, mussels, chicken and shrimp or peppered beef steak with a chilli-chocolate sauce.
Open In Google Maps
Bubeneč, Praha 7 Hlavní město Praha, 170 00, Czech Republic
+420725123705
Visit Website
Give us feedback
Give us feedback