Where to Stay on Cyprus for a Beach Holiday 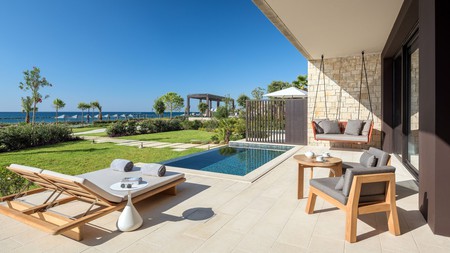 The beaches on Cyprus have always been bound to be some of the best along the Mediterranean Sea. After all, it is where the goddess Aphrodite herself is said to have chosen to arrive onshore thousands of years ago. In modern times, relaxing near the blue waves has never been more comfortable, thanks to a collection of swish beach hotels. Whether you’re best suited to ancient Paphos in the west or buzzing Ayia Napa in the east, here are eight of the best places to stay on Cyprus. 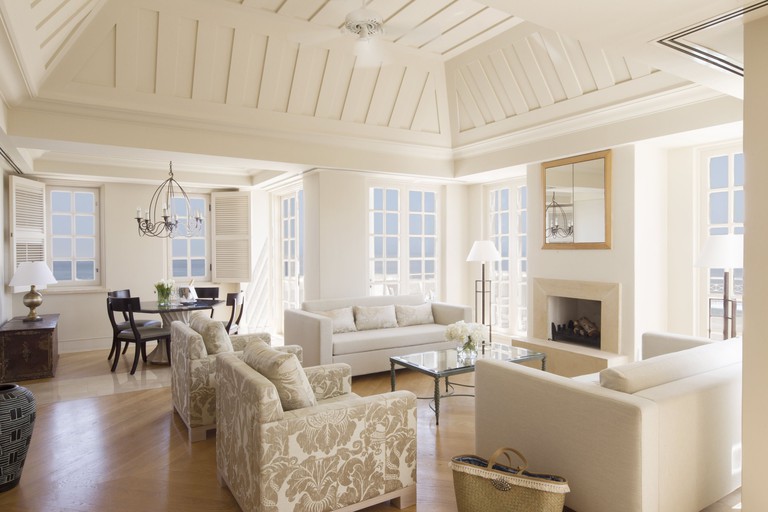 Courtesy of Anassa Hotel / Expedia
View Rooms
Anassa Hotel is a Byzantine village-style complex perched atop a pebbly stretch of Polis Bay. Simple rooms are accented with locally crafted furniture, but the main draw are the glorious views of bougainvillea-scented gardens and the waters of Asprokremmos Beach. To relax, try a skylit thalasso bath at the spa, with healing waters from Chrysochou Bay. Dine among the lantern-strewn olive trees at Helios Restaurant – don’t leave without trying the homemade cheese selection.
More info 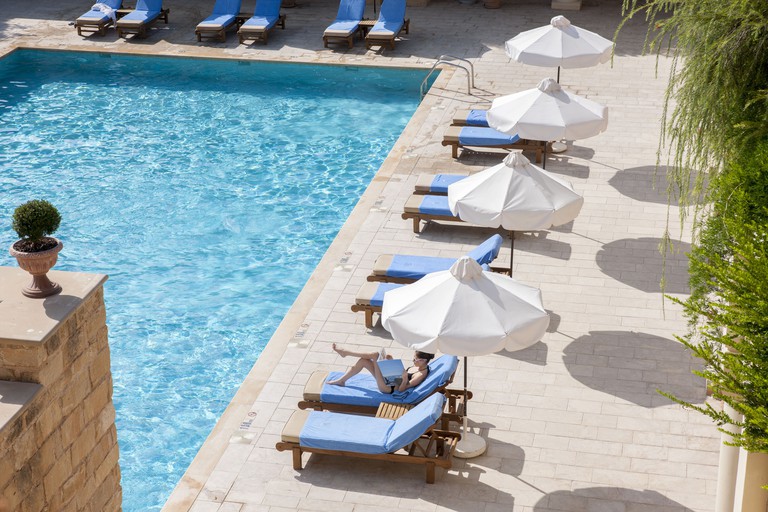 Courtesy of Elysium / Expedia
View Rooms
With a pool surrounded by lemon trees and a candlelit spa, you could spend your entire holiday without ever leaving Elysuim’s tranquil environs. Those who can’t ignore the call of the ocean, however, should forgo the seaweed-strewn stones at nearby Lighthouse Beach and instead head south on one of Paphos’s prettiest boardwalks. Here, you’ll saunter past a slew of historical sites until you reach your destination: the sandier – but busier – shores of Alykes Beach.
More info 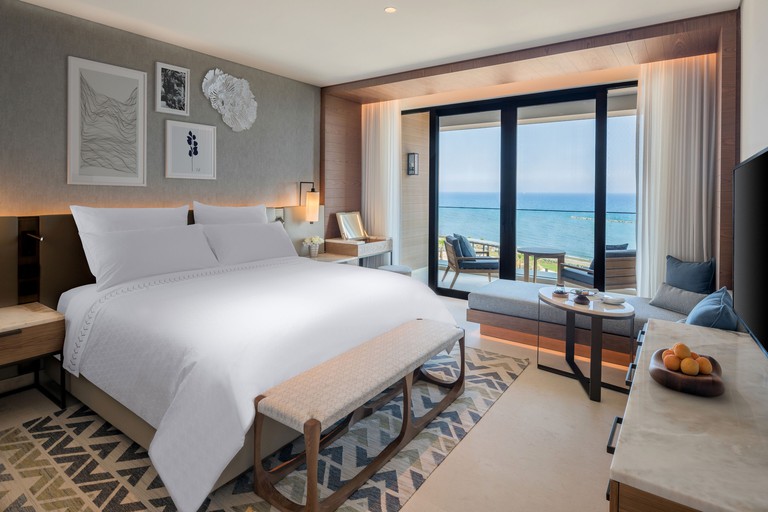 Courtesy of Amara / Expedia
View Rooms
Tucked between the Med and one of Limassol’s busier coastal roads, sea views rule at this glass-fronted hotel. Marble columns, latticed palms and crisp white linen set the scene, while restaurants are a Michelin-star-studded playground. Giorgio Locatelli can be found plating up lobster linguine and roast monkfish in his eponymous restaurant, while Nobu Matsuhisa’s signature dish, miso cod, is served at the Matsuhisa Limassol.
More info 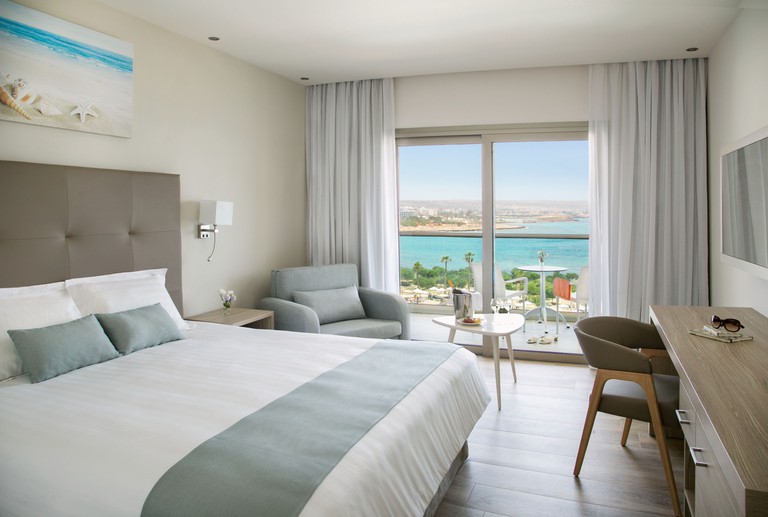 Courtesy of Asterias Beach Hotel / Expedia
View Rooms
The first choice you’ll face at Asterias is which view you’d prefer: sea, garden or swim-up pool. A few sandy steps away is your second choice: which stretch of sand to lay your towel on? The hotel sits on the Makronissos peninsula – a whale-tail-shaped headland that sandwiches ancient tombs between sand and sea. But the best sunbathing spot? A day bed at Levels Beach Bar that comes with an almost endless supply of mojitos.
More info 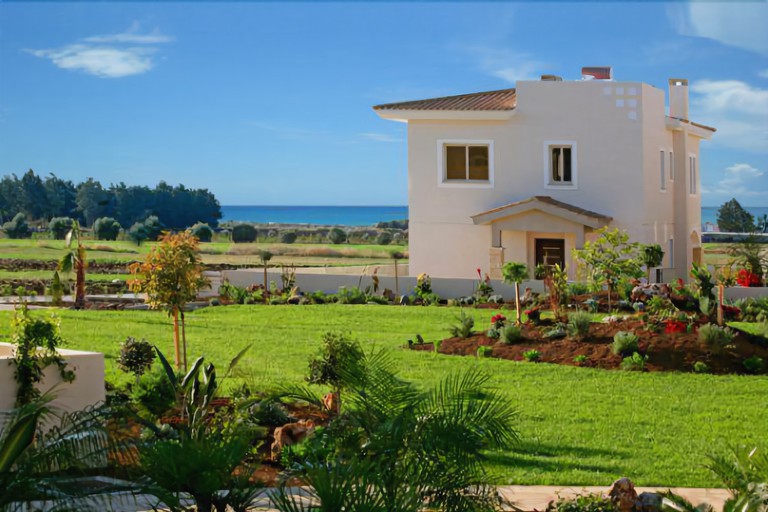 Courtesy of Aphrodite Sands Resort / Expedia
View Rooms
Sitting in a leafy slice of Mandria – a tiny village named after its unspoilt green meadows – it’s DIY luxury only at this honey-coloured hotel. All apartments and villas come with their own well-stocked kitchens. If you can’t be bothered to cook, join the locals, and trek the half-hour to seafront Filiotis Fish Tavern for the freshest seabream around. For sunbathing, it’s got to be the hotel’s private – yet un-serviced – sandy beach.
More info 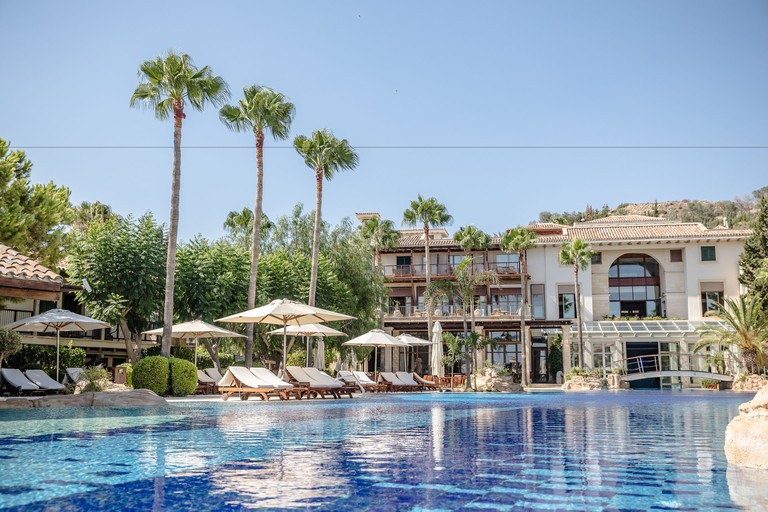 Courtesy of Columbia Beach Resort / Expedia
View Rooms
When the road to a hotel is more of a scribble than a street, you know you’re headed somewhere offbeat. Sitting at the end of a pine-tree lined track, it’s no surprise that Columbia Beach Resort is a temple of tranquillity. Traditional terracotta and ancient-style archways make way for rustic rooms, set around a central lagoon – but the blue-flag waters at Pissouri Beach are just a few sandy steps away.
More info 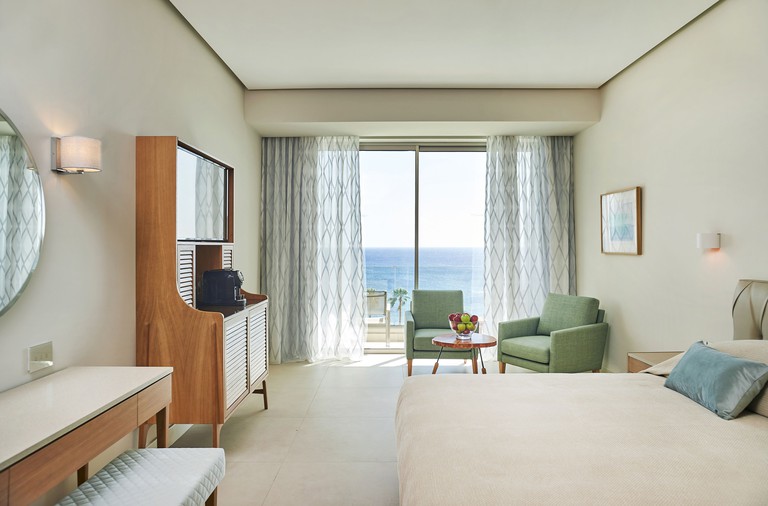 Courtesy of Sunrise Jade / Expedia
View Rooms
Mornings are magical at the Sunrise Jade. Watch the light turn the pool into a pinky-orange glow. Join a sunrise yoga class to soak up the views via downward dog. Night owls are also catered for, with a decent selection of cocktails at Mint Lounge Bar. Additionally, it’s a short trot to Fig Tree Beach, which has been consistently voted one of Europe’s best.
More info
Give us feedback