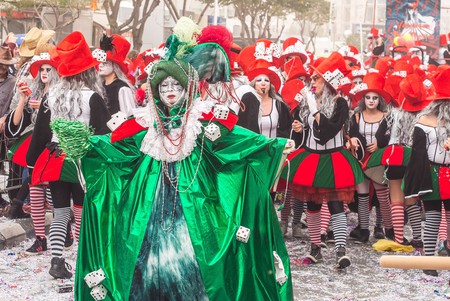 Backpackers are spoilt by the island’s climate. Cyprus boasts great weather all year round – when the rest of Europe is freezing cold, the Mediterranean climate here promises sunshine even during winter.

As well as gorgeous weather, there’s the island’s beautiful natural environment dotted with historic sites and monuments to visit. For some backpackers, the idea of a community physically divided by the infamous Green Line fascinates them. Each side of the island – just a few metres from each other – has a unique cultural heritage, which is a great opportunity for visitors to experience the cultures of both Greek-Cypriots and Turkish-Cypriots.

What’s there for the water lovers? Cyprus boasts more than 50 Blue Flag beaches, denoting the island’s clean and secure coastline spots for your pleasure. You can immerse yourself in the waters – literally – without fear. Backpacking in Cyprus is also an opportunity to learn more about the island’s politics – a compelling example is the case of Greek and Turkish Cypriots who once co-existed harmoniously prior to the 1976 war. 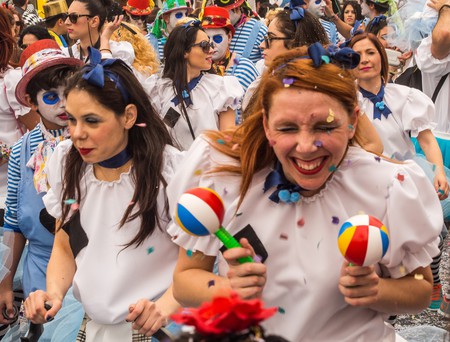 Using a local language in a foreign land can reap dividends. Be sure to learn a few Greek or Turkish words or phrases before you go, depending on which side of the island you are on – not only will you flex your grey matter by learning a new language, you’ll no doubt experience a warm reception from locals for your willingness to try the local lingo. That is not to say that you’ll have challenges if you only speak English – most people in Cyprus understand basic English and even more. Being a British colony, many people communicate in the language, but appreciate keeping to their mother tongue.

A land of festivities

If you are travelling between autumn and spring, you are most likely to find an ongoing festival. What more constructive way to learn about a culture than indulging in its festivities? The island hosts a variety of annual events including historical, arts, religious, sporting, and cultural festivals. Whatever that tickles your fancy, find a festival or an event and make your visit count. It could be wine, fruit carnival or a sporting event like mountain biking, cycling or water sport activities.

Cypriots are highly hospitable people. It can be considered impolite to decline food or drink offers from the locals.

Even if you don’t yearn for it, just pick a small piece as a form of appreciation for the warm gesture. Accompany that with a smile and words of appreciation in the local language if you can. 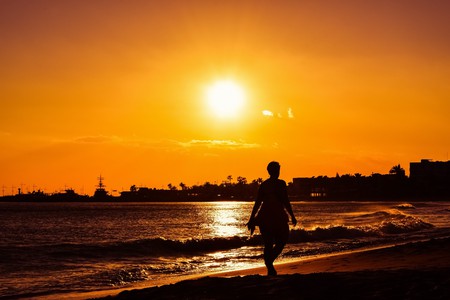 Sunset at the beach | © dimitrisvetsikas1969 / Pixabay

Cyprus exists in a polarised state, following the invasion and occupation of the northern third of the island. It does not bring about major concerns if you follow the rules. Ensure that you only cross into the buffer zone between the two sides only at authorized crossing points.

Compared to other European countries of similar size, the rate of violent crime on the island is low. Incidents of petty offences and scams are minimal. During summer when there are more tourists, however, crimes of opportunities like pickpocketing, or theft of valuables left in plain sight unattended might occur. Other than the fact that (female) travellers should be cautious, people walk freely in Cyprus as late as 4am in the morning.

As a newcomer, be aware that you may fall prey to being short-changed or overcharged for a product or service. As with any travel destination, be mindful of practices such as taxi drivers quoting inflated figures for a short journey, or taking longer routes to get you to your destination. 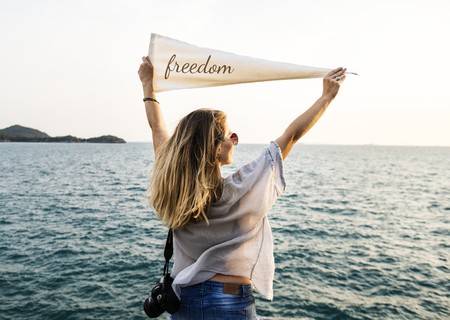 Locals love their meals, and have an almost ceremonial reverence for them, often dining out at restaurants or at their balconies in the late evening catching up over a delicious dinner. For this reason, restaurants offer a variety of dishes from soups, to salads, vegetables, meats, and other local and international delicacies, not forgetting the famous Cypriot sweets. Cyprus’s cuisine is largely influenced by others from Southern Europe, Middle East, and Central Asia, and local meals are rich both in taste and culture.

For a quick brunch fix, try Greek chicken souvlaki with pitta bread and salad, or the local dürüm (Turkish wrap) with traditionally made yogurt (ayran – a mixture of yogurt, water and salt with mint). Sidewalk cafe restaurants are always a good choice for the budget traveller.

As for accommodation, you can choose to wake up to the view of the Mediterranean from a palatial hotel room, or try more modest beach hotel spots in Cyprus. Hostels, bed and breakfasts, and boutique hotels come in handy if you want to spend less on accommodation. You will find them in Lanarca, Limassol, Nicosia, Polis, Pegia and in many other towns around the island. 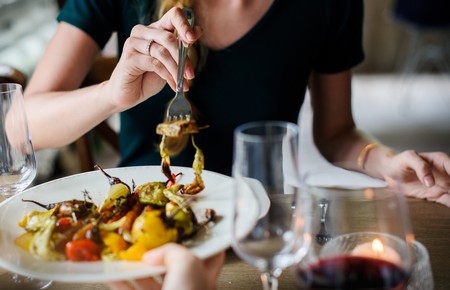 A good way to make friends is during an outdoor excursion like a festival, or a hike into the mountains of Cyprus. You are likely to meet other backpackers while undertaking an outdoor activity that you enjoy, not to mention unwinding at a local bar while discussing diverse perspectives on life with newly found friends.

Cyprus is known for its wines. You might find friends at local bars while sipping drinks such as Commandaria – which was labelled by Richard the Lionheart as the “wine of kings and the kings of wines.” Keep in mind that traditionally, locals drink as an accompaniment to food. Most of them prefer brandy – try ‘Brandy Sour’ for a taste of local life. This is local concoction is made by mixing Cypriot brandy, lemon squash, a few drops of Angostura bitters, and is topped up with soda water for a stronger taste or lemonade for a slightly sweeter cocktail.

You will need Euros while visiting Cyprus, or Turkish Lira, Euros or US dollars when in the Turkish controlled side.

Credit cards are accepted at most shops (small or large). Ensure you retain some few notes and coins to pay for public transport or a glass of your favourite beverage.

To find the value of an item in North Cyprus, multiply its cost (Lira) by the exchange rate of the Euro or US dollar.

For exchange services, visit the local banks, though you can also get excellent rates at some exchange bureaus. Avoid those located near entry/border points, as they tend to be a little more expensive. 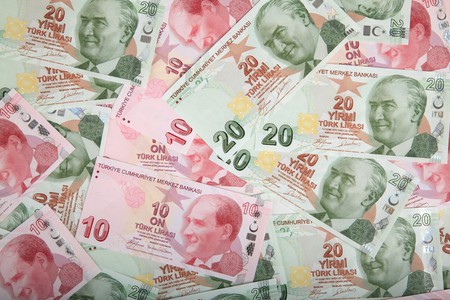 Petra tou Romiou is the mythical birthplace of Aphrodite, the Ancient Greek goddess of love and beauty. According to the legend, Aphrodite was born from the foam of the sea. The giant rocks associated with the goddess are said to bring good luck to people. The myth holds that swimming around it three times will bring true love, beauty, fertility, and youth.

If you are fascinated by the Green Line, head to Kyrenia gate in Nicosia walls, North Cyprus. The gate which was built in 1567 was used for transport to the northern side of the island. Walk right around the walls to absorb the ancient history, and you’ll soon witness the divide just a stone throws away. The ‘line of division’ cuts Nicosia City into two parts, each one either side of the island. It stretches for 180 kilometres (112 miles) from the eastern town of Paralimni to the western village of Kato Pyrgos. The space in between is a United Nations Buffer Zone, also known as the Green Line. From here, you can cross to the Greek side at Ledra Street Crossing Point.

Immerse yourself in local culture by driving or cycling to Akamas Peninsula. With little or no paved roads, you will discover Cyprus’s wild nature including animals, birds, and plants. How about visiting Agios Andronikos, a former mosque from the early 16th century that’s now a church? 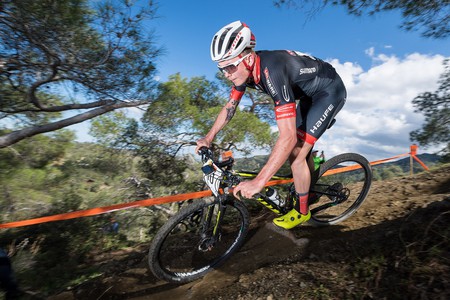 Situated a few meters from the Mediterranean Sea, at the eastern side of the old harbour in Kyrenia (Girne) is a 16th century castle. In addition to hosting the remains of a Greek merchant ship from 288 BC, the castle is also home the dungeon from the Lusignan period, Saint George Byzantine Church, Kyrenia Archaeological Museum, and Akdeniz Village Tomb, among a number of other smaller sites.

These sites contain Cyprus’s rich history and culture. Paphos hosts a temple dedicated to the goddess of love, beauty, and sexuality. Churches from the Byzantinne Empire still stand in Troodos, beckoning visitors. In Choirokoitia, excavations from the Neolithic settlement highlight human evolution in the Eastern Mediterranean.

Learn how to milk and produce traditional yogurt

Agrotourism is slowly taking shape in Cyprus. As such, you can learn new skills in the scenic villages on the island by engaging in some of the local activities including making traditional delicacies. Or take a trip around the 14 villages where the commandaria grapes are grown to produce Cyprus’s most ancient and the world famous wine – Commandaria.

A trip to Cyprus would be incomplete without trying traditional coffee accompanied with desserts or sweets. Coffee is taken black and served in a small cup. You can pick from kataifi, shamali, baklava, and loukoumi, among many other traditional sweets some of which, like walnut gliko, are served with a glass of cold water. 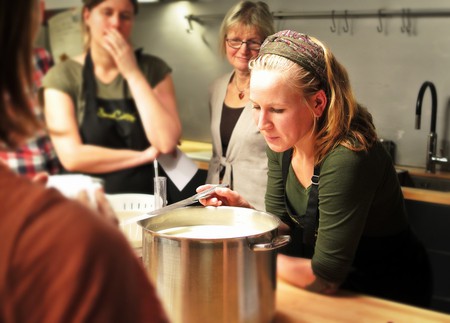 Legend has it that when snakes prevented the construction and completion of the Holy Monastery of St Nicholas of the Cats in AD 327, Saint Helena (mother of Constantine the Great) of Cyprus ordered 1,000 cats to be shipped to the island to fight them. The idea worked, but left several cats nursing injuries to their eyes and noses. In 1983 the nuns who were running the facility at the time, resorted to the same measures to eradicate the snakes once again. Today, you will find the felines hovering around the premises, which are still run by nuns. The cats outnumber the number the nuns by far.

The 7 Most Fascinating Museums You Can Find in Cyprus

The Best Villages To Visit In Cyprus

The Top 10 Brunch Spots In Cyprus

The 10 Best Bars In Limassol, Cyprus

The 10 Best Cultural Restaurants In Cyprus