The Top Things To See And Do In Cyprus

The island of Cyprus sits as a rich European beacon of culture, tradition and natural beauty. Numerous historical leaders have come to conquer its riches and make use of its strategic location between the three continents of Africa, Asia and Europe, and today, despite its turbulent political situation, this mix of influences elevates the idyllic island as a top Mediterranean tourist destination. Here are nine of the best attractions for travelers seeking an authentic and exciting experience.

Said to be the birthplace of Aphrodite, the Greek goddess of beauty and sexuality, local legend states that on this picturesque rock a silhouette of the goddess can be seen through the foamy, crashing waves.The site is famous for its crystal clear waters, and you guessed it, those who swim around the rock are said to be blessed with eternal beauty. The combination of the stunning natural scenery and the magical, mythological context makes the site an extremely popular destination for tourists. 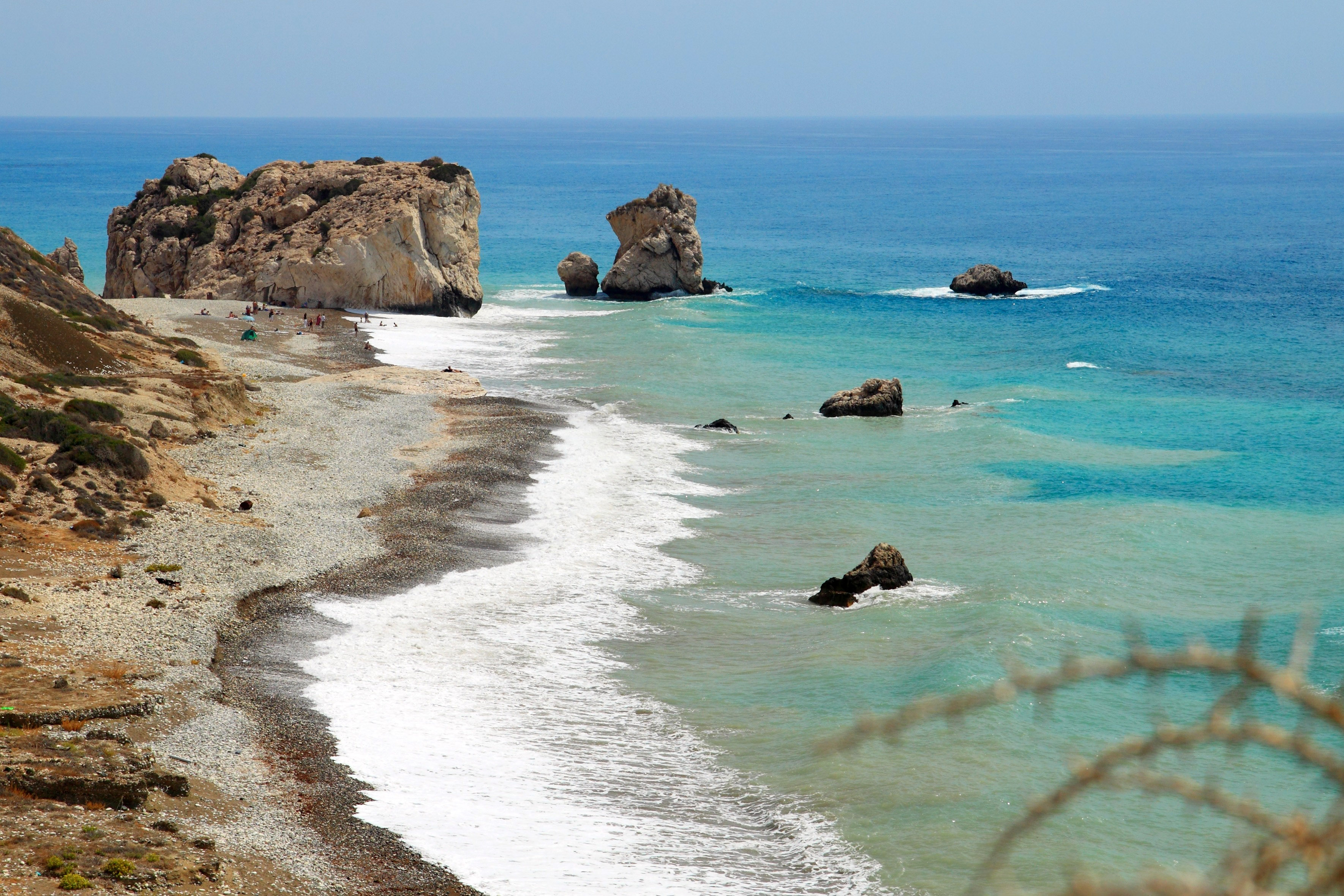 Enjoy The Nature Of The Troodos Mountains

Filled with enchanting little villages and stunning, verdant Mediterranean nature, there’s no question as to why Troodos is referred to as the ‘green heart of Cyprus’. An array of hiking trails, biking sites and camping facilities are found throughout the mountains, and although not as famous as the Alps, the Troodos mountains offer visitors the chance to don some skiing gear and enjoy sublime snowy vistas too. In winter the peaks become blanketed in white, creating a dazzling winter wonderland, and thanks to the mountain’s central location and the small size of the island, the region is reachable in under an hour from almost every major city in the area.

Few archaeological sites can boast a location as remarkable as the ancient city of Kourion. Overlooking the dramatic coastline of Episkopi Bay, the ruins at Kourion are breathtakingly beautiful, especially at sunset, and include old baths and a marketplace which are clearly marked out by signage, and are very easy to identify due to their distinctive features. The area was formerly a lively trading town and was once one of the most significant cities in Cyprus. When here, don’t miss the majestic Greco-Roman theater; it has been extensively restored in recent times and regularly plays host to theatrical and musical performances.

Park
Fasouri Water Park | © Peter Clarke/WikiCommons
Although not the largest, Fasouri water park is renowned among locals as being one of the best water parks in Cyprus. Set in the heart of idyllic orange fields in the countryside of the Limassol Province, the attraction boasts a juice factory theme, with the most alluring ride involving a large inflatable orange. Guaranteed fun for the whole family, this site is the home to the biggest wave pool in Europe, and was identified as ‘Europe’s Leading Waterpark Attraction’ by the World Travel Awardsin 2007. Due to the park’s compact size the rides are situated within close proximity to one another, making the entire area easy to navigate, and other notable rides include the Kamikazi, Black Cannons and Lazy River.
More Info
Open In Google Maps
Fasouri, Limassol, 3311, Cyprus
+35725714235
View menu
Visit website
Visit Facebook page
Send an Email
Give us feedback

Recline On The Beaches Of Agia Napa

Agia Napa is famous for the masses of young tourists it draws every year, seekers of wild summer parties in the Cypriot sun. However, despite some beaches such as Nissi becoming overcrowded during the peak season, it is possible to find some of the lesser known beach gems which remain idyllic and peaceful, stretches of sand located within the surrounding area. The beaches of Macronissos, Kermia and Agia Thekla are home to strikingly beautiful golden sands and crystal clear waters, and offer plenty of room to relax. At Macronissos beach you’ll even discover an ancient tomb site located nearby. Excellent beach facilities are available at most Agia Napa beaches, and the majority of the coastline in the area has been awarded a ‘Blue Flag’ accolade in recognition of the cleanliness of the seawater.

Nicosia, the Cypriot capital, is the last remaining divided capital city on earth, and no road in this diverse, eclectic area is more symbolic than Ledra Street. This major shopping avenue links the Turkish occupied North Nicosia with Cypriot South Nicosia. The pedestrian street is easily accessible by foot from Eleftheria square, and once there, guests can dine in a wide range of quaint bars and restaurants serving an array of traditional foods. The street is hugely significant as it was reopened as a crossing point between the two sides in 2008, a marker of progress between the two communities on the island.

Discover The Old Town Of Limassol

Limassol is a city on the southern coast of Cyprus, and over the past few years an energetic urban regeneration has taken hold of its old town. Many parts of the old city have now been pedestrianized and repaved, creating an historical and beautiful, yet accessible area to explore. Guests here can sample exciting and authentic cuisine whilst ambling around the medieval city castle, and the old buildings ooze an alluring mixture of Venetian and Colonial architecture. Many drinking spots have set up shop in old buildings, creating unique and historic settings in which to enjoy a tipple, and there are numerous charming boutiques and specialty shops tucked away in different corners throughout the town, top places for exploration and adventure in Cyprus.

Have An Adventure In Akamas

Being one of only 22 areas of endemism in Europe, Akamas is undoubtedly a special place for natural beauty in Cyprus, a woodland and mountain range boasting breathtaking scenery. According to Greek mythology it is here where Aphrodite met her lover Adonis, and numerous sites within the region, such as Fontana Amorosa, Love’s Spring, and the Baths of Aphrodite, are riddled with tales and stories linked to the mythical Gods. The region is ideal for those looking for an adventure, and 4×4 vehicles are easily available, perfect for exploring nearby sights. Visitors can admire the diverse range of flora and fauna here and, if lucky, guests will even lay eyes on sea turtles hatching, as nesting is common on Lara bay.

Weave in and out of the ruins of the once noble ancient city of Paphos, exploring the numerous cave-like chambers which lay hidden underground, guarded by imposing columns. Due to its rich culture the whole town of Paphos has been awarded UNESCO World Heritage status. The Tombs of the Kings, an ancient site in the archaeological park, have been maintained superbly, and although no kings were actually buried at the site, the tombs were given their name simply due to their impressive nature. The tombs have been carved out of native rock, a design which helps them blend into the natural environment astonishingly. Intricate mosaics dating back to the second century A.D. can also be viewed here, allowing visitors to catch a glimpse of the visual culture and art of an enchanting bygone time.