The Best Wines of Cyprus You Have to Try This Year 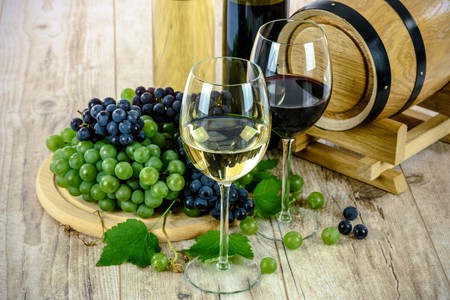 For millennia, Cyprus has made a name for itself as a vine-growing and winemaking country. The history of winemaking on the island can be traced back nearly 6,000 years, and today the industry contributes to the tourism, trade and agriculture sectors of the economy. Read on for our pick of the best Cypriot wines.

It was not until 2005 that a team of archaeologists concluded that some wine jars from the 4th and 3rd millennia BC discovered in Erimi in the 1930s were the oldest of their kind in the world. The archaeological report concluded that Cypriot wines are the first in the Mediterranean region. The island’s wine now attracts locals and visitors to celebrate its magnificence at an event named Cyprus Wine Competition.

This article highlights the best wines according to grape varieties grown on the island, some of which were featured at the 10th Cyprus Wine Competition 2017. 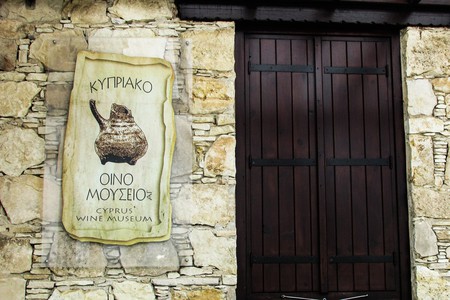 An indigenous grape variety, Xynisteri has been cultivated in Cyprus for thousands of years. It is one of the most common and widely grown varieties in the region, with over 50% being found in the Paphos region alone. It is one of the two varieties used in the production of Commandaria wines. Commandaria refers to one of the oldest named wines still in production. It is a sweet dessert wine from the region Commandaria, on the lower slope of the Trodoos Mountains in Cyprus. Topping the list at the 2017 Cyprus Wine Competition was Aes Ambelis 2010 of the Commandaria variety. The winning formula is made from the dark-skinned Cypriot grape Mavro.

The history of the wine production in the 14 Commandaria villages goes back to the Middle Ages. It is believed that the Knights of St John, after purchasing the island that was once controlled by King Richard I (aka Richard the Lionheart), named it La Grande Commanderie, which was adopted as the name of the wine.

In a competition held by the French King Philip Augustus in the 13th century, the legendary wine won at the first recorded wine tasting competition called the ‘Battle of the Wines’. 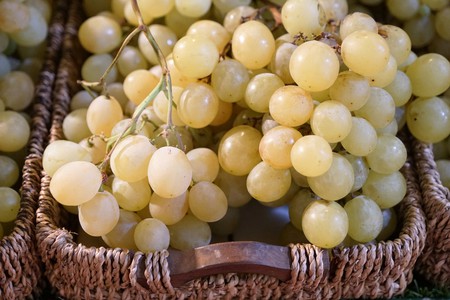 Cyprus has a variety of white grapes such as Xynisteri, Chardonnay among others | © strecosa / Pixabay

This rare red Cypriot grape was rediscovered twenty-five years ago. Initially, this grape variety was only introduced into the winemaking process to add colour and body to wines made from Mavro. Recently, wines extracted from this indigenous grape have won awards. Saint Fotios, Maratheftiko 2012 of Kolios Winery, took home a gold medal in the best red dry wines category.

The grape, which accounts for less than 5% of cultivated vineyards on the island, is making headway among Cypriot winemakers and wine enthusiasts for its deep red appearance and pleasant acidity. The variety can be distinguished by its dark berry colour and floral aromas. The wine is aged in oak barrels for 10 months. It can be served with red meat dishes such as grilled beef steak.

This is a foreign variety that allegedly originated from the city of Shiraz in Persia, present day Iran, and which was introduced to Cyprus ages ago. Compared to other foreign varieties, Shiraz is doing pretty well in Cyprus. The hot climate and the soil conditions on the island have contributed to making the fruit dark red and full-bodied. The taste of wines from Shiraz, like the Maratheftiko variety, have fresh acidity with aromas such as clove and black pepper. 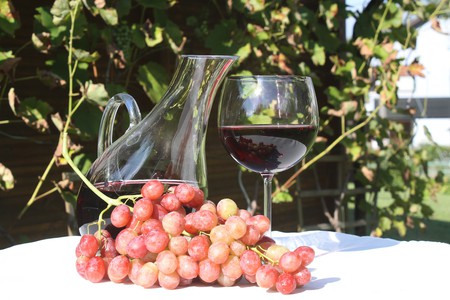 Just like Maratheftiko, Spourtiko is an indigenous grape that is rare in Cyprus. The white grape variety only represents 0.2% of cultivated vineyards on the island. It is planted together with Maratheftiko to aid in pollination. The name was inspired by its delicate nature to burst easily. In Greek language, Spourtiko means ‘bursting’. Spourtiko’s alcohol content is 11%. They are normally herbaceous and citrusy in character.

This is also a foreign variety that was introduced to Cyprus in the 1970s. It has adapted well to the warmer climate of the island leading to higher alcohol in the Cabernet Sauvignon wines. The grape, which originated in France, is commonly grown in Paphos using the traditional goblet system. The method is labour intensive, and was carried forward from the ancient times. It ensures that the vines hang low to encourage grapes to ripen at night from the soil’s heat.

Vlassides Winery’s Grifos 2 Sauvignon blanc 2016 was featured at the 2017 competition and emerged third in the best rosé wines list. 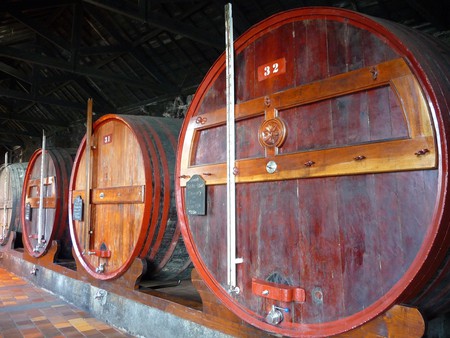 When wine is matured in oak barrels, it receives more oak flavors and properties | © Meikia / Pixabay

Mataro, which originates from Spain, was introduced to Cyprus in the 1970s together with other international varieties like Sauvignon. Wines extracted from Mataro grapes are deep red in appearance and are highly aromatic. They come in meaty and dark berry flavours. The Cypriot kind is known to produce high alcohol rosé wines, with slightly spicy notes.

In an effort to boost the quality of the local wine, the government of Cyprus introduced a number of foreign vines in the early 1980s, among them was Chardonnay. Chardonnay is the most cultivated white wine grape in the world. Originating from France, this variety is a cross between three others: Pinot Noir, Pinot Blanc and Gouais Blanc.

A typical Cyprus Chardonnay wine has an alcohol content of 13% or 14% due to the warm climates and has tropical fruit aromas. Locally, Chardonnay is not mixed with any other variety to produce oaked and unoaked wines. 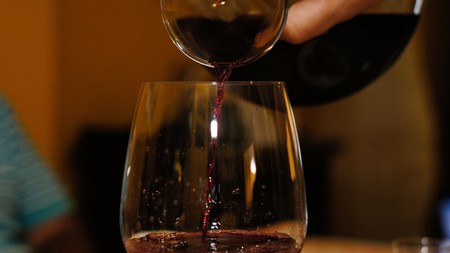 Fix yourself up a cheese plate and a glass of red wine | © João André O. Dias / Flickr

Another variety grown in Cyprus is the Sémillon grape variety, which is also from France. The Sémillon vineyards are found in the lower parts of Paphos. In Cyprus, this grape type is blended with the Xynisteri variety to create medium-dry or dry wines. The alcohol level in Sémillon is between 12% and 14%. In Cyprus, the grape produces wines that have medium acidity and also come in yellow peach, papaya, and mango aromas.

Narrowing down the best wines of Cyprus depends on the criteria used. Some people prefer a particular variety over another. The number of medals awarded to a particular wine is also taken into consideration. But the bottom line is, whatever makes one wine greater than another is down to personal preference.