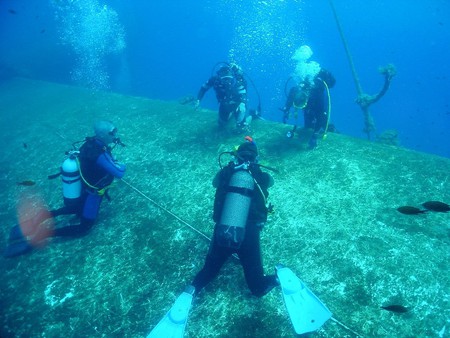 With water temperatures remaining pleasantly above 25C well into October, Cyprus has a longer diving season than most of its competitors nearby. The clarity of the sea, often vital to good diving, is also excellent. Visibility of more than 30 meters is not uncommon and seas are also usually calm.

Just southeast of Paphos, White River is an ideal site for beginners. Within a depth of 11-metres, the beginning diver can find colourful canyons, swim-throughs and even sea turtles, shoals of damselfish, grouper and plenty of octopus.

At the eastern end of the island, near Ayia Napa, a place of colourful reefs, there are also stunning underwater caves with octopus, lobster and cuttlefish.

The RS Zenobia was wrecked just outside the harbour in June 1980. Much of the 585-foot long wreck, its cargo, and rooms can still be seen. This is one of the favorite wreck dives in all the world, but it is only for very advanced divers. 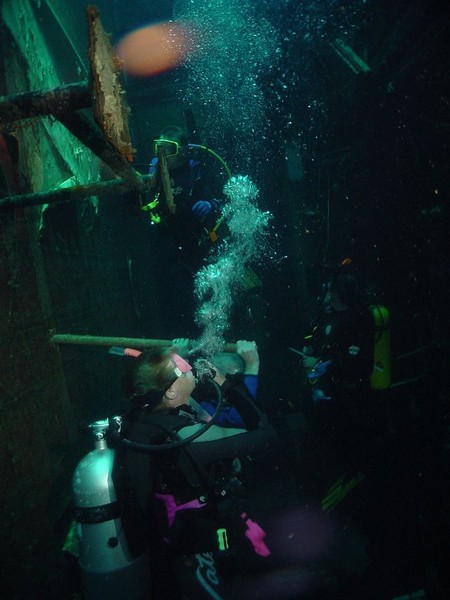 Diving off the wreck of the Zenobia | © Jetlife2/Wikimedia Commons

Just off the Akamas Marine Reserve, George’s Wall is good for both beginners and advanced divers. An old wall juts out of the seabed about 100-feet below the surface. Lots of marine life to be seen around it, with good visibility.

Famous for the wreck of an airplane that ended its days in these waters many years ago – no one seems to know exactly when. Very abundant marine life is to be found here, with visibility up to 100-feet. Not for beginners, however.

A small island near Paphos with a rocky bottom that offers numerous swim-throughs. There are still remains of the ancient civilisations to be found in the rocks. Underwater photographers really like this site, because the rock features and fish make for striking images. 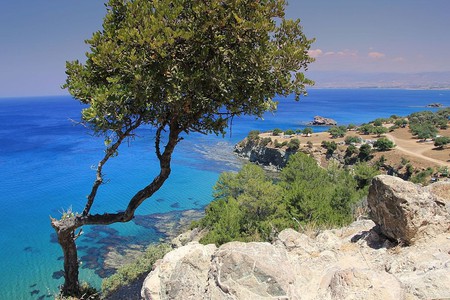 Close to the Akamas Peninsula, near Paphos, divers find abundant marine life, sometimes octopus and turtles, and amazing rock formations – walls, drop-off, caves and overhangs. The relatively shallow depth of up to 30-feet makes it accessible to beginners.