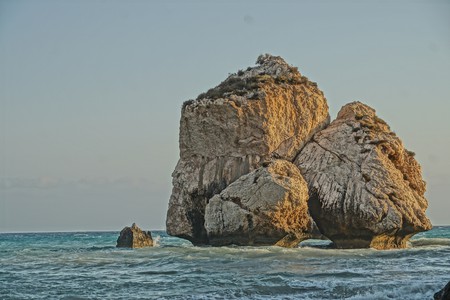 You don’t have to go to Greece to experience Ancient Greek culture – Cyprus, which was once under Greek rule, boasts ancient sights and sounds aplenty. Here’s what should be on your Cyprus bucket list to interact with and learn about Greek mythology from the 2nd century AD. 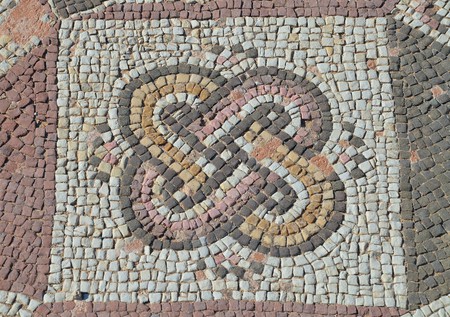 Legend denotes that in an effort to deter Arabian ships from getting to Cyprus and invade the island, a Byzantine frontier guard would throw petras (stones) into the sea. The famous Petra Tou Romiou rocks were so named in honour of the ancient warrior, Digenis Akritas, who ‘threw’ the rock into the sea.

Another mythical legend holds that the Greek goddess Aphrodite – the goddess of love, good luck, fertility, and beauty – emerged from the sea at a bay in Paphos. Giant rocks at the location were named ‘Aphrodite’s Rocks’ and it is believed that these rocks led the goddess Aphrodite to the shores of Cyprus.

Over the years, Paphos has attracted visitors from far and wide to gaze at the magnificence of the rocks. Many visitors swim around them to attract the good tidings associated with the rock, as it is said that swimming around the rock three times will bring youth to and good luck.

The festival brings together renowned and talented performers to the marvel of locals and visitors. Excited fans gather under the night sky listening and watching the magical performances. It is an exciting time to explore the Greek history and culture on the island. 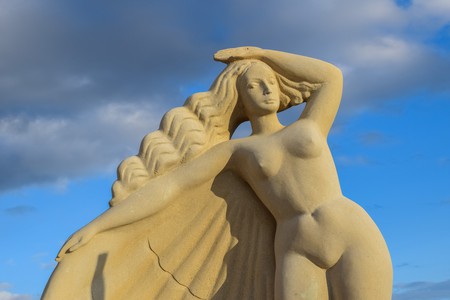 For the past two decades, Cyprus has hosted the International Festival of Ancient Greek Drama that pools artists and fans from all over the world. The festival hosts global theatre companies who perform ancient Greek drama in their own language.

The festival is liberal, allowing performers to use intense colouring and mosaic from their particular cultural backgrounds.

The festival is scheduled for the whole of month of July and presented in open-air amphitheatres at the Makarios III or the “Skali” Amphitheatres in Nicosia, the Ancient Odeon in Paphos, and the Curium Ancient Theatre in Limassol.

The event came from Nicos Shafkalis, whose idea was for the Cyprus Centre of the International Theatre Institute to develop awareness of ancient Greek drama, and to widen the scope of theatrical activities of the island through “multi-cultural nature and high aesthetic standards.”

Most of the theatre companies represented at the annual event include those from Greece, the UK, Italy, Germany, Belgium, Romania, Slovenia, Bulgaria, Croatia, and Sweden as well as Cyprus. Other countries such as USA, Russia, Korea, China and Israel have also been represented at the festival in previous years.

The festival has attracted acknowledgment from international bodies such the European Festivals Association which runs the Europe for Festivals, Festivals for Europe (EFFE) initiative co-financed by the European Union. The International Festival of Ancient Greek Drama has been recognised as one of the Europe’s most impressive festivals and was twice honoured with the EFFE Label (2015-2016 and 2017-2018).

Ancient city of Kition in Larnaka

Although today Kition is mostly buried under present-day Larnaka, it was once an ancient city-kingdom. The archaeological area of Kition consists of two sites: Kathari and Pampoula.

Excavations show that the early inhabitants were the Mycenaean Greek and Phoenicians, residing there some 3,000 years ago. At the time of the Mycenaean era, the area was referred to as ‘Kittim’, a name synonymous with the Christian teachings.

According to the Greek Orthodox tradition, Lazarus, the man who Jesus raised from the dead, arrived from Jerusalem and was later consecrated bishop of Kition by Paul and Barnabas. The church, Ayios Lazaros in Lanarka which was constructed in the 9th century and later reconstructed in the 17th century, housed the tomb of Lazarus. What stands today in Lanarka is the remains of what is left of the Latin, French and Greek civilisations. Inscriptions from these three evolutions can be traced from the open porch at Ayios Lazaros.

Excavations at Kition were started by the Swedes in the 1920s. Most of the ancient remains are still buried under modern Lanarca. From the ruins, the Phoenician resettlement can be seen atop late Bronze Age foundations depicting the earlier Mycenaean civilisation.

Excavations at the Pampoula quarter include two harbours which depict commercial and military activities. So far, only the military one has been excavated. The ramps that were used to tow the ships still exist at the site. 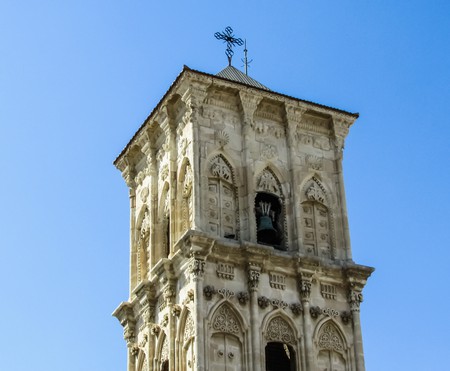 Paphos is a city busting with ancient history depicted in its many archaeological legacies, some of which are yet to be excavated. The alleged birthplace of the goddess Aphrodite has been one of the three designated UNESCO World Heritage sites in Cyprus since 1980.

The city-kingdom is home to Greek culture and traditions. The kingdom was strategically constructed on the hills overlooking the fertile valley of the river Kouris, which it controlled. Like many sites in the area, this too was associated with the Greek legend of Argos of Peloponnese. The inhabitants of the land claimed they were related to the Argean immigrants.

The kingdom was destroyed by the severe earthquakes that largely hit the area in 365 AD. Today, the site’s high point is Greco-Roman, a theatre built in the 2nd century BC extending in the 2nd century AD. It has since been restored and is mainly used for open-air musical and theatrical concerts. In the summer months, artists and art lovers gather to enjoy the high-level performances. 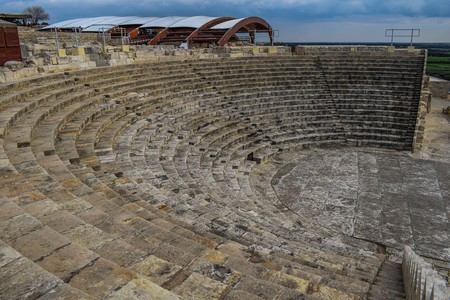 A number of the discovered mosaics in Paphos date back to the 2nd and 3rd century AD. These mosaic decorations were found in the Roman villa referred to as the ‘House of Dionysus’, belonging to either a wealthy citizen of Paphos or a member of the ruling class.

The villas are decorated with colourful mosaic floors illustrating images from Greek mythology. Some of the representations show that the people held the god of wine (Dionysus) in high regard.

Although Greek rule was short-lived in the island, the early inhabitants left a wealthy number of relics and reliquaries, mosaics, tombs among many other particulars that locals and visitors from nations across the world travel to see.