A Brief History of Molihiya, A Famous Dish from Cyprus 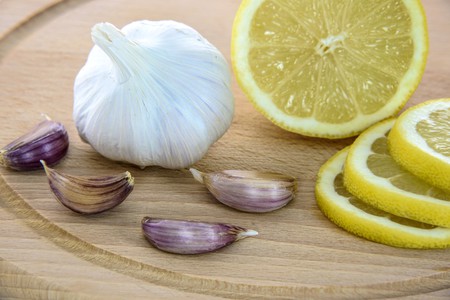 In late spring, Cypriots cultivate and grow Molihiya/Molehiya (jute leaves), a leafy vegetable. There is also a meal by the same name that many locals enjoy quite frequently at home and at select restaurants. Here is everything you need to know about this popular spinach-esque dish.

Also known as Jew’s mallow or Egyptian spinach, it’s said that Egyptians first brought the plant to the shores of Cyprus. It has since been incorporated into local Cypriot cuisines in the North and South. Although it’s hard to pin down the origin of this rich and spicy vegetable, some think it might be native to Egypt, though it is found in many warm climates, including in Asia and East Africa.

Although dried and prepackaged leaves can be purchased at the supermarket, these are mainly left for urban dwellers and visitors. Locals prefer picking and drying their own leaves and claim this is the best way to ensure cleanliness and superior quality.

It’s mostly the women who harvest the Molihiya leaves, and they then leave them to dry for hours before preparing them in the evening meal. The secret to the great local delicacy in Cyprus is in the preparation, from drying to boiling and then sautéing in oil before serving it with other local foods. 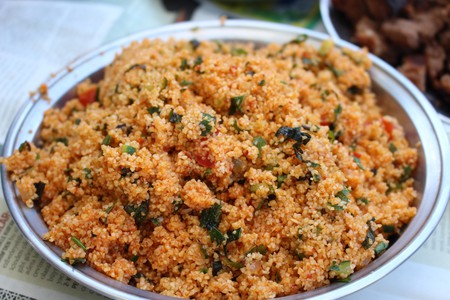 Various communities across the globe prepare and serve the dish differently, but the Cypriot preparation tends to be the most flavourful, thanks to the many seasonings and the lemon juice introduced at almost every stage of the preparation process.

Once dried in the sun, the leaves are pre-boiled in lemon juice and then cooked in a tomato-based broth with onions and garlic. Chicken or lamb may be added (vegetarians can always leave it out), and then more lemon juice may be introduced. Why so many lemons? It helps keep the broth from getting too slimy or mucilaginous.

The aromatic dish is commonly served with çörek bread (sweet leavened bread), pickled caper leaves (or any other pickles) and is often accompanied with Çoban salatası (Turkish salad). Sumac – a lemony spice – or pepper is optional, and then, as the Turkish say, “Afiyet olsun!” (Bon Appetit!)