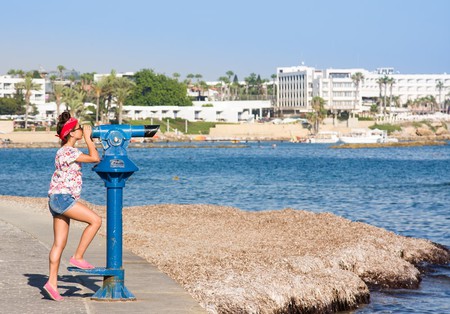 Checking out the many beautiful sights of Paphos | © Irina Papoyan / Shutterstock

Though many islanders speak English, a few phrases of the local language can go a long way in Cyprus. The official language is modern Greek, yet the locals have a heavy Cypriot dialect that’s spoken daily. This dialect is an amalgamation of Ancient Greek and modern Greek that also includes words from Latin and Turkish. In order to get by, check out our 21 essential phrases you’ll need while there.

Both phrases mean ‘hello’. The first one is used when addressing many people, when being polite, or when talking to someone in plural. ‘Ya sou‘ is more informal and is commonly used between friends.

This is one of the best known Greek words that is usually used in Cyprus up until noon. It literally translates to ‘good day’, though is said in the morning wishing others to have a great day.

This is what’s used before going to bed or when leaving a place at night. It’s also often heard by those preparing to leave – saying “Tha sas kalinichtiso” translates as ‘I’m going to wish you good night’, hinting towards a departure.

Two vital words any traveller will need on a daily basis. The Cypriot dialect has a habit of shortening words and the case of ‘ohi‘ is no different, as people in Cyprus pronounce it as ‘oi‘.

Everyone knows being polite goes a long way, especially when visitors try to express it in the local language. This word might be tricky for those who are not used to such sounds, yet the effort will be appreciated.

This simple word has a double meaning and is understood depending on the context. If someone thanks you, you reply with “parakalo” meaning ‘you’re welcome’. If you want to ask for something such as “Can I have a Cypriot coffee please?”, you’d say “Mboro na eho ena kafe, parakalo?”. 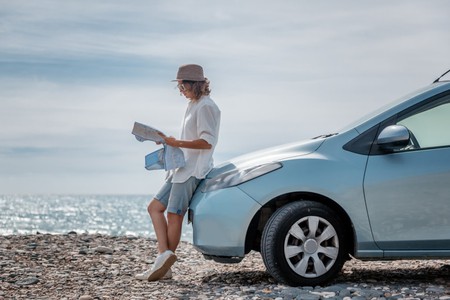 Meaning: Where is the…?

Essential when asking for directions, especially if you’re exploring a city’s Old Town where perhaps some of the old people you’ll come across might not speak good English. Use this short phrase and add where you want to go to complete the question.

This will come in handy when receiving directions, as well as when you’re telling your taxi driver where to head to. 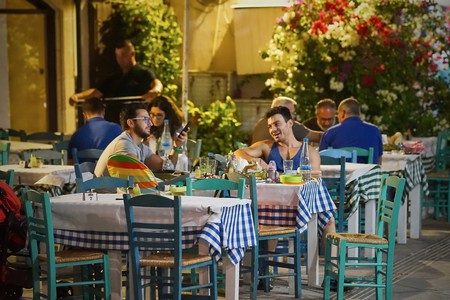 After exploring the wonders of the island, you might want to indulge in some delicious Cypriot cuisine. If you want to let the waiters know you’re dying to taste the dishes, try this phrase. And if you’re really hungry, add ‘poli‘ at the end, meaning ‘I’m very hungry’.

‘Logariasmos‘ is a tricky word for many, but do give it try. Keep in mind that no service charge is added on bills in Cyprus, so it’s customary to leave a tip.

Meaning: Can I have some water?

Stay hydrated during your travels. The months between May and September see some very high, humid temperatures, so it’s vital to consume lots of water. Grab a bottle from a kiosk found on every corner, or from a restaurant or tavern. 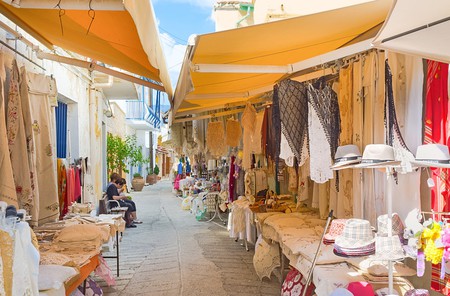 Meaning: How much is it?

There are various ways to ask about pricing, depending on whether the items follows a masculine or feminine ending in Greek grammar. But this can get quite complicated, so stick to this simple phrase and the message will be clear.

If something seems pricey, you can haggle for a better price. This is more common at open-air markets and streets sellers however, shopping establishments are not likely to accept a bargain.

Shopping at the local markets and vintage shops, you can find real gems for low prices. Express your enthusiasm with this straightforward sentence. 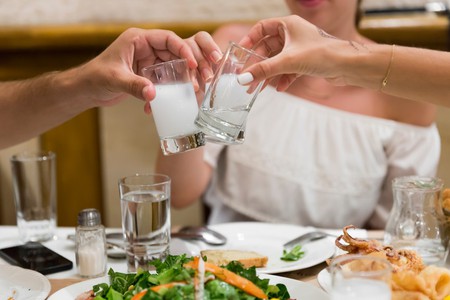 Meaning: Shall we go for a coffee?

The coffee culture is very big in Cyprus, and it’s a drink that’s consumed hot or cold,at all hours of the day. People will meet for coffee to catch up or while playing a traditional game of tavli.

Meaning: My name is…

It’s important to know how to introduce yourself when meeting people, so say “hello” (see above) first, and you have a complete sentence: “Ya su, me lene…”

This can actually be asked in two ways, either with the phrase shown above or by asking “Ti kanis?” which literally means ‘What are you doing?’, though it’s used as an alternative for saying “How are you?”.

This refers to the weather and not spiciness of food. If visiting during the summer heatwave, this is something you’ll find yourself saying often.

Meaning: I am from…

As you chat to locals, they’ll often ask where you’re from, so have this short phrase ready. Asking how to say your country can be a great conversation starter as Cypriots usually enjoy teaching travellers their language.

Street sellers may often offer you a taste of their products. Give them some feedback by saying whether you like it or not. Most of the time they’ll offer you something else until something you enjoy is found.