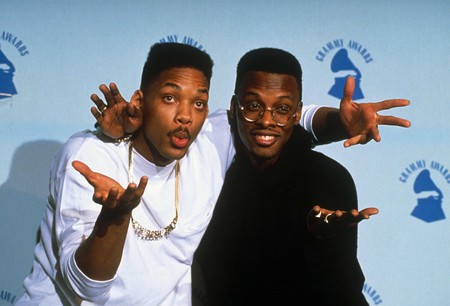 Now this is a story all about how my life got flipped, turned upside down, because DJ Jazzy Jeff & The Fresh Prince are back.

Will Smith posted a video on his Facebook on Monday announcing that he and Jeff Townes would be reuniting on stage to headline Croatia’s MTV Summerblast on Aug. 26 and the U.K.’s Livewire Festival on Aug. 27. “First two shows are locked!! Y’all ready?!” Smith wrote with the video, implying that more dates, if not a whole tour, are to follow soon.

The pair recently celebrated the 30th anniversary of the release of their debut album, Rock the House, on April 7. A year later, they followed up with their most successful release, I’m the DJ, He’s the Rapper, going multi-platinum and winning the first-ever Grammy Award for Best Rap Performance for the track “Parents Just Don’t Understand.”

This will be the first time Smith and Townes have performed together since their appearance on The Graham Norton Show in 2013, where they revived the Fresh Prince of Bel-Air theme song (which apparently only took them 15 minutes to write). Smith had originally claimed the pair would embark on a summer world tour in 2016 when he guested on Zane Lowe’s Beats 1 radio show in October 2015, adding that they had 30 newly recorded songs. Time will tell if the new album arrives in line with the tour dates.

Whether you plan to attend either music festival, get excited for the return of the ’90s hip-hop legends with a little slice of “Summertime”: