Where to Stay in Zagreb: A Neighbourhood Guide to the Croatian Capital 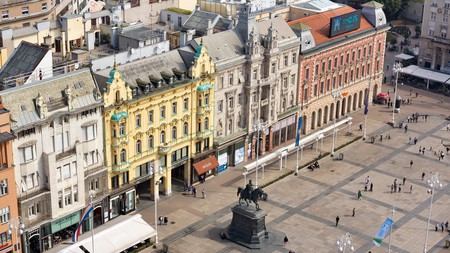 From upscale districts filled with trendy café-bars to historical corners adorned with Baroque architecture, Zagreb is made up of diverse neighbourhoods. Discover where to stay in Zagreb with the help of local film producer Kristina Lovric. 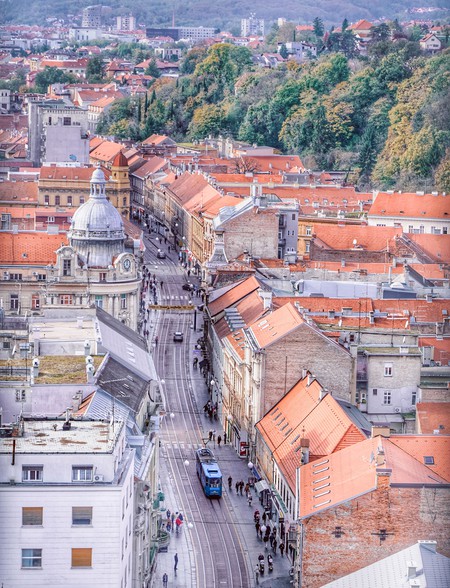 Since her first steps as an art department coordinator on the big-budget Winnetou TV series, Lovric has become a key player on the Zagreb film scene and has worked as a production coordinator on such projects as McMafia, Ibiza and Strike Back. Currently working as a producer at Light Film International, specialising in commercials and video spots, Lovric gives Culture Trip the inside track on exploring the Croatian capital. Find out where to stay, where to go for a night of dancing and where to escape the hectic city life.

The vibrant neighbourhood of Donji Grad is, according to Lovric, “the city’s bustling centre, where everything is happening and you can get a flavour of real Zagreb”. With all the main city’s attractions nearby, it’s a great base for those looking to stay close to the action. “It is also a perfect place for people-watching,” she says, reflecting on Zagreb’s coffee culture and abundance of cafés. “Coffee is more than just a drink. It’s a key to business deals, relaxing, or just hanging out. That’s why cafés are crowded with people at all times of day.”

To make the most of your stay, Lovric recommends heading to atmospheric Tkalčićeva Street, best known for its numerous vibrant bars and cafés. It’s also well worth strolling along Ilica Street, the main drag full of elegant boutiques and high-end restaurants. 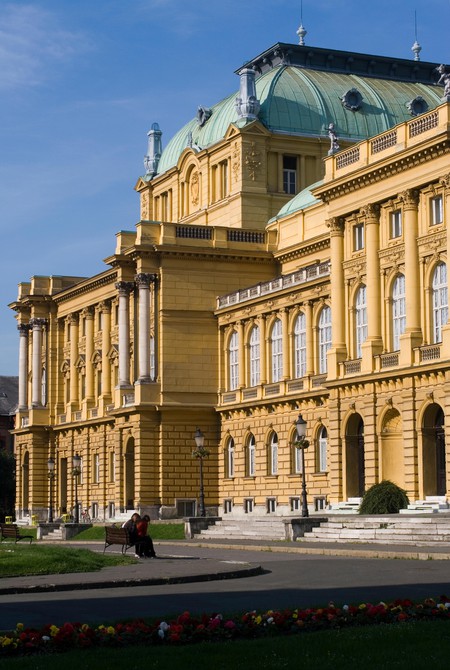 “A historic district with stunning architecture and mystical charm” is how Lovric describes Gornji Grad. Divided into two small districts – Kaptol and Gradec – this part of the city has a long history. While Kaptol is “the ecclesiastical centre of the city, dominated by the magnificent Zagreb Cathedral and open-air Dolac Market,” according to Lovric, Gradec is the political and administrative hub. In Gradec, Lovric recommends visiting St Mark’s Church, the Museum of Broken Relationships, sculptor Ivan Meštrović’s art studio, and the Croatian Parliament.

Kaptol is a much better option for souvenir shopping, while Gradec is more photogenic, Lovric says. “Gornji Grad is ideal for travellers looking to experience the authentic vibe of the old Zagreb. Whether you are going for a walk around charming alleys, surrounded by Baroque facades or simply visiting the most important cultural sights, this neighbourhood exudes a different atmosphere and brings you back to eras past.” 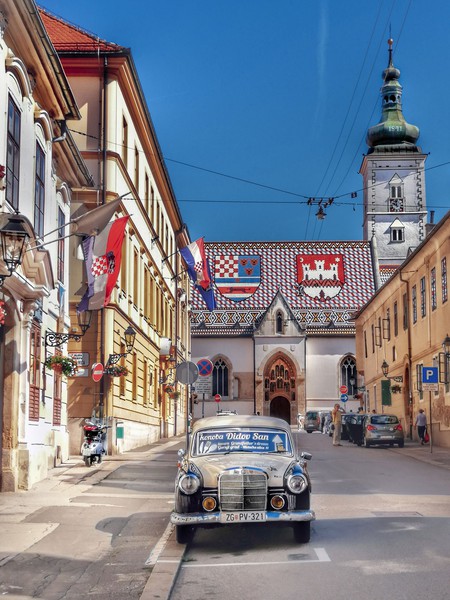 Across the Sava River lies Novi Zagreb, a seemingly nondescript, mostly residential, neighbourhood. What it might lack in immediate architectural charm, however, Novi Zagreb makes up for in urban cool, Lovric says.

“At first glance, Novi Zagreb might not be your favourite neighbourhood. But then you realise each block is green and spacious. The area has cool café-bars, interesting local shops, open-air street art museums and flea markets,” she says, noting that the sense of community is particularly strong here. “With highlights including the Museum of Contemporary Art and the lake Bundek, Novi Zagreb is a must-visit place if you want to get true insight into living in Zagreb.” 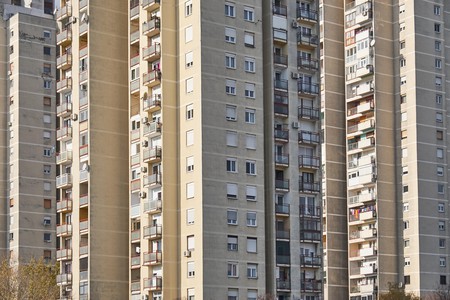 According to Lovric, Maksimir is the perfect place to get in touch with nature and one’s inner self. “Beautiful lakes with white swans, numerous creeks and sunny meadows full of luscious greenery and sounds of nature are a balm for the soul. This perfect harmony attracts not only nature lovers but also those seeking peace, tranquility and solitude.”

Founded in 1787, it’s the oldest public park in Zagreb, after which the national football stadium and local neighbourhood were named. Designed in an English landscape style, with sculptures and pavilions contributing to its romantic atmosphere, Maksimir is also “a favourite getaway spot among couples and families, especially during weekends,” says Lovric. For those coming with children, she suggests visiting Zagreb Zoo. 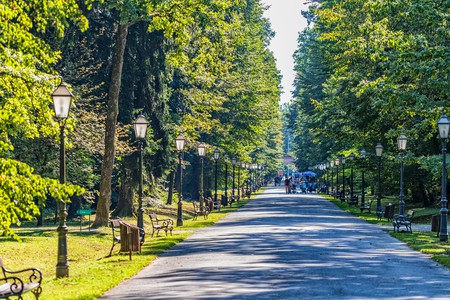 Also known as ‘the sea of Zagreb’, Lake Jarun is Lovric’s top pick for travellers who want to escape the hustle and bustle of the city centre. ‘‘Even though the district is full of newly-built areas with modern apartments, I love Jarun because it’s a great place for sports and outdoor activities. The trails around the lake are ideal for running, cycling and roller skating,” she says, adding that activities such as yoga, volleyball, horse riding, as well as swimming, sailing and kayaking are also available. After that, she recommends going to the Leggiero bar for a healthy smoothie or pick-me-up coffee.

Jarun is also known as being the centre of Zagreb’s nightlife. During the summer, the whole area becomes a lively nightlife scene with numerous beach bars and clubs open until the early morning. “If you are a fan of outdoor music, it’s good to bear in mind that Jarun hosts various music events, including the immensely popular INmusic festival,” Lovric says. 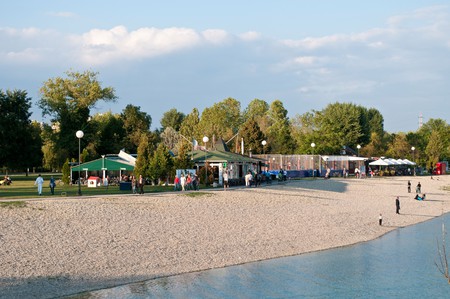 Spread around downtown Zagreb across seven elegant squares, Lenuci’s Horseshoe (also known as the Green Horsehoe) brings you the best of the Zagreb’s artistic side. The U-shaped area, which Lovric describes as as “a mix of grandiose institutions and breathtaking parks”, is home to museums, galleries and statues, as well as a number of parks and gardens.

Walking around the Horseshoe is the perfect way to explore the artistic corners of the city, Lovric says. “Visiting the Botanical Gardens and Zrinjevac Park is essential. When I lack inspiration, I go for a walk. Just by wandering around, you’ll get to see the best cultural sights.” The highlights of the area are definitely the glamorous Croatian National Theatre, the Art Pavilion, Zagreb Train Station, Academy of Music and Lisinski Concert Hall. 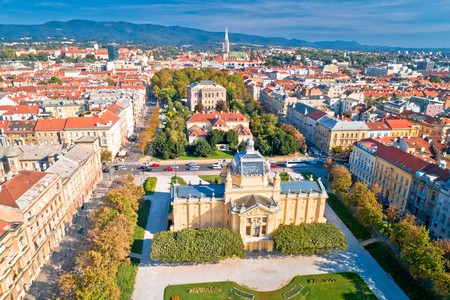 If you are looking for the city’s most diverse district, Lovric suggests visiting Trešnjevka. “It’s a traditionally working-class neighbourhood where the atmosphere of contemporary Zagreb can be felt.” A combination of second-hand and antique shops, small tailoring workshops, traditional haberdashers and ironmongers, as well as numerous record stores makes Trešnjevka a favourite place for shoppers. You’ll also find a huge outdoor food market, also selling plants, gardening supplies and seeds here.

Top sights include the Trešnjevka Cultural Centre, a suburban art institution with regular art exhibitions, and the Cibona Tower, a cylindrical skyscraper that serves as an office building and a basketball hall. 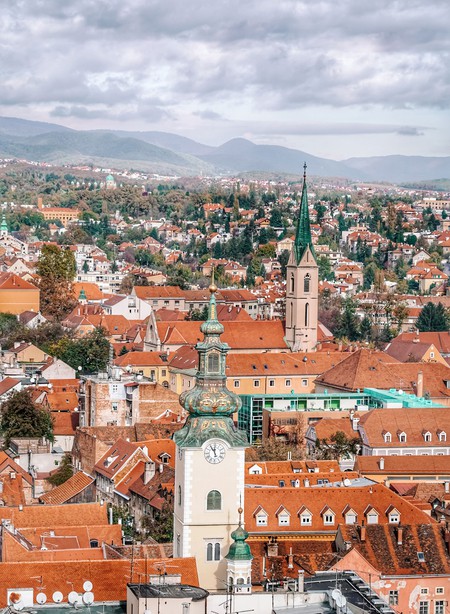