Where to Stay in Dubrovnik: A Neighbourhood Guide to the Pearl of the Adriatic 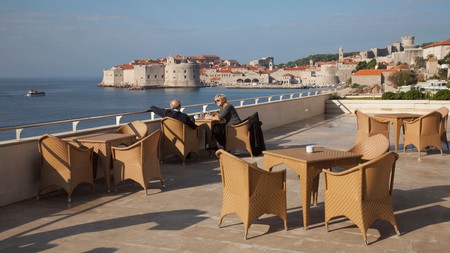 There is more to Dubrovnik than the magic hidden within the narrow streets of the Old City. From the idyllic Lapad peninsula to Ploče’s awe-inspiring views, discover where to stay on your next trip to Dubrovnik.

Once an independent city state known as the Republic of Ragusa, Dubrovnik is today home to some 42,600 residents across a number of diverse neighbourhoods. Tourism may be all-pervasive, but ‘real life’ still exists in the residential neighbourhoods outside the old town, and in the nearby fishing villages that saunter along at a more serene pace. 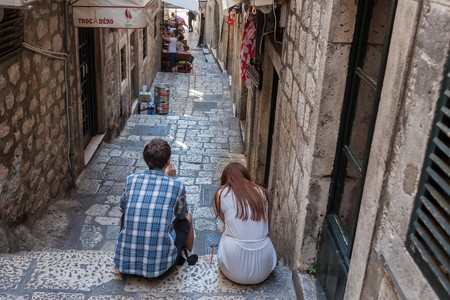 Taking a breather on the steps of Zamanjina Ulica, a steep lane in Stari Grad | © will Perrett / Alamy Stock Photo

Is there a European city more defined (at least in the popular imagination) by a single neighbourhood than Dubrovnik is by its old town? This is arguably the most iconic of the Dalmatian Stari Grads, and the key draw for the majority of visitors to the city. Walking the walls of the Old City has become a rite of passage for first-time visitors to Dubrovnik. The streets are full of idyllic cafes, romantic restaurants and architecture you’ll recognise from film and TV such as Game of Thrones. Staying in this historic pedestrian-only neighbourhood among the Baroque churches and elegant squares comes at a price though: this is the most expensive neighbourhood in Croatia, while some say the area’s charm has been lost to mass tourism.

If Stari Grad is the poster-child of Dubrovnik and the shimmering pride of the region, then Mokošica is the oft-overlooked sibling, a suburb home to more than 8,000 of the city’s residents. It has a curious history, developing from a summer resort playing host to Dubrovnik’s rich and social elite from the 16th century onwards, to what it is today – a decidedly residential part of town that rarely attracts Dubrovnik’s million-plus annual visitors. The district is split into old and new parts, with Nova (New) Mokošica the bigger of the two.

A gorgeous peninsula just outside Dubrovnik’s Old City, Lapad is the place to go for inspiring sunrises and romantic sunsets. Many of Dubrovnik’s best beaches are found here, making it popular with both local residents and visitors. Lapad is also famous for its architecture, notably for its grand Renaissance houses and mansions, many of which have been turned into hotels and resorts. Babin Kuk is Lapad’s best-known area, renowned as a playground for the rich and famous by virtue of its yacht clubs and spas.

Directly outside of Dubrovnik’s Stari Grad is Pile (pronounced ‘pee-lay’), a small area best known for Fort Lovrijenac and its role in Game of Thrones. The local population, however, has long known the fort better for its storied history and summertime role as an open theatre. As the first part of town just outside the Old City, Pile can get extremely busy during the summer months, as the traffic piles up and patience begins to shorten, but there is plenty of history here (not to mention excellent restaurants) to make it worth your while. 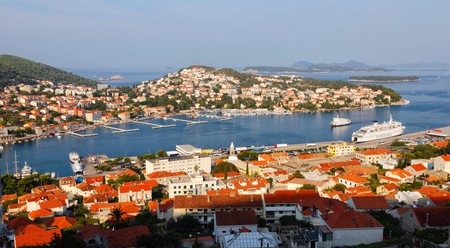 For many visitors, Gruž will be the immediate introduction to Dubrovnik. This is transport central, where many of the boats dock and the buses stop, allowing passengers to disembark and traverse the 3km to the old town. All of this means that Gruž is a far more ‘real’ experience than the shimmering fairy tale that is the Old City. Gruž is particularly beloved for its fruit and vegetable markets, where the residents of Dubrovnik go to stock up on fresh produce and (even more importantly) to catch up on local gossip.

Not to be confused with the Ploče that lies 100km to the north of the city (famous for its train station, which connects to the Bosnian railway), Dubrovnik’s Ploče sits just above the Old Town and has some rather impressive views of that famous network of streets, red roofs and alleys. More and more people are using the gentle slopes of Ploče as an accommodation base before heading down into the Old City; while this is undeniably leading to price increases, the area’s history, amenities and fantastic vistas explain why it is likely to remain popular for many years to come.

One of the Dubrovnik Riviera’s most enchanting spots, the nearby village of Mlini is a well-developed resort area that marries modern-day efficiency with natural beauty. The expanse of the sea is put in the shade here (literally) by tree-covered hills, although Mlini’s beaches also happen to be some of the best in the area. There is an old-fashioned charm to the village itself that belies the industrial efficiency of 21st-century resorts, although the mills that give the town its name are long gone.

Many visitors to Dubrovnik are eschewing the skyrocketing prices of accommodation in the famous city and choosing to stay in nearby Cavtat instead, exchanging financial headaches for Adriatic allure. Just 18km south of Dubrovnik, Cavtat is a charmer known for its beaches and tree-lined streets, creating the Mediterranean paradise that many come here in search of. Cavtat is far from a secret, but its gorgeous position on a peninsula separated by two harbours gives it the feel of one, and Dubrovnik is always visible and accessible. Dubrovnik Airport is also just 6km away. 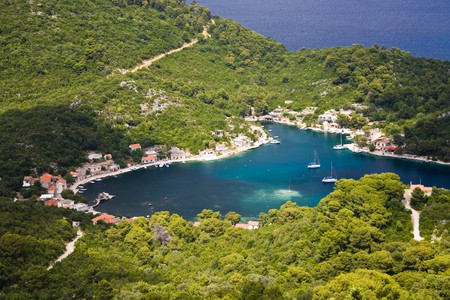 Mljet might be a two-hour ferry ride from Dubrovnik but every second of that journey can be spent anticipating the beauty that awaits on one of the Adriatic’s most incredible islands. Known as Croatia’s greenest island, Mljet is covered with forest and is home to two saltwater lakes – Veliko and Malo Jezero. It was established as a national park back in 1960, and produces wine, cheese and olives. The most popular place to stay on Mljet is the port-village of Polače, on the island’s northern coast.