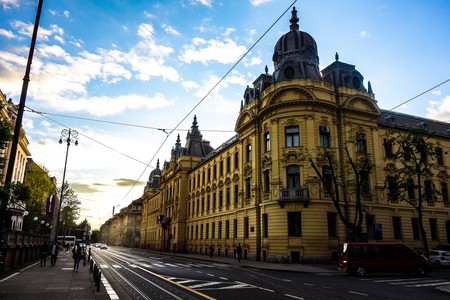 Situated at the crossroads between Eastern and Western Europe, Zagreb is a fascinating city featuring sober medieval and gothic buildings in the city center and lush green outskirts. Zagreb is a top culinary destination, with many cafes, beer halls and cozy restaurants catering for all tastes and budgets. Here are ten of the best cultural restaurants in the Croatian capital. 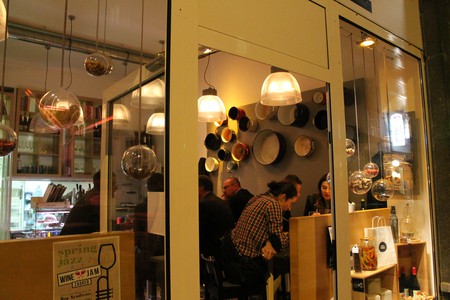 Market, Restaurant, Croatian, $$$
Facebook
Email
Twitter
Pinterest
Copy link
Share
A central Zagreb venue, Lari & Penati has become one of the trendiest in the city since its opening in 2011. With a tiny, modern interior and a lovely street terrace, the restaurant offers high quality food in an easy-going setting. The chefs’ fresh and local market finds create an array of choices, with a gourmet menu that changes every day depending on what the kitchen feel like cooking. Soups and sandwiches, light main courses and mouth-watering desserts come at very low prices here. 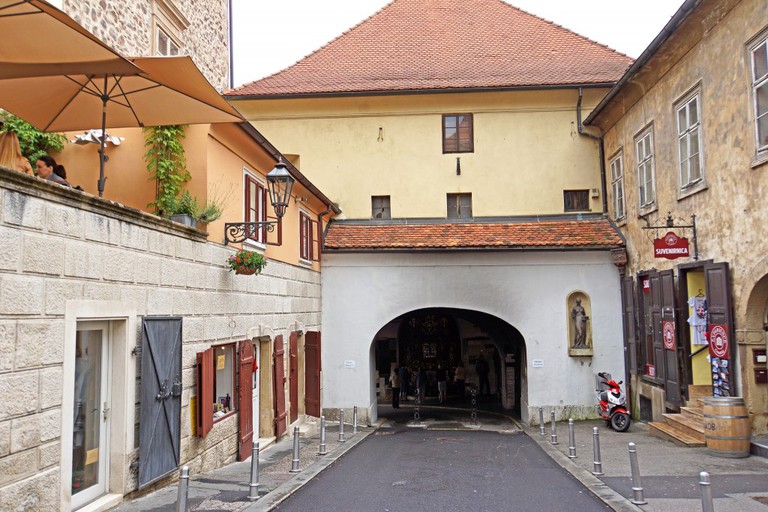 Kamenita Vrata Gate | ©Dennis Jarvis/Flickr
One of the oldest and most popular establishments for seafood, the upscale restaurant Dubravkin Put is a 15-minute walk from town, located between the Upper Town and the Tuškanac woods. With a spacious and leafy terrace, it is a perfect destination for couples looking for an intimate dining experience. The clientele can enjoy the house favorites, such as buzara (stew with shellfish and scampi), monkfish in black-olive paste or a 12-course tasting menu with a selection of fish and meat delicacies. An impressive list of wines can accompany this exquisite menu, or can be tasted separately at the adjacent wine bar with delicious snacks. 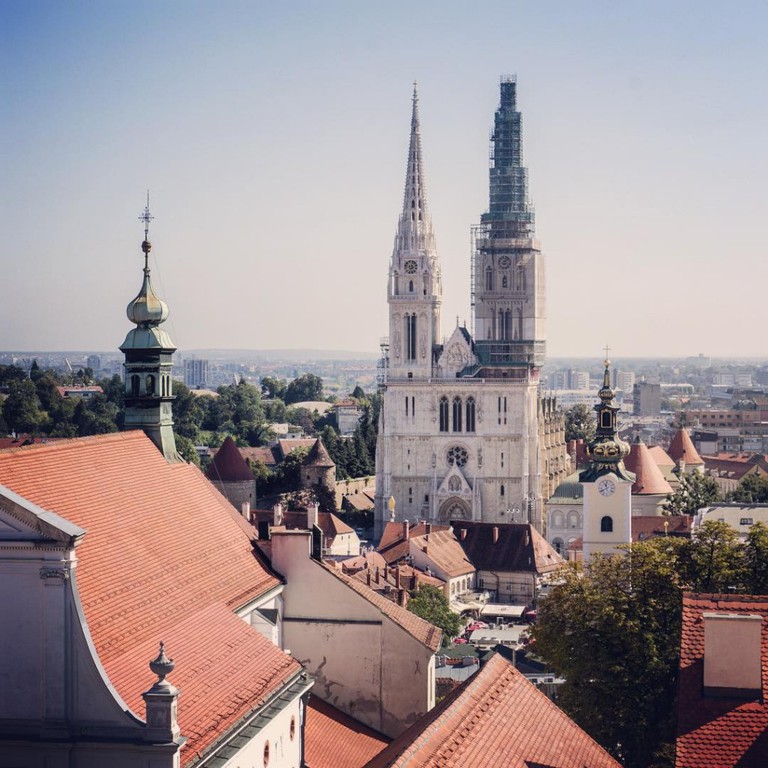 Zagreb Cathedral | ©Jude Lee/Flickr
Next to the Kamenita vrata gate, hidden from the busy crowds of Zagreb, restaurant Trilogija greets its visitors with its elegant and medieval entrance. Meals are made from fresh ingredients on offer in the nearby Dolac market. Trilogija serves different dishes each day and the menu is usually written on the board outside the restaurant. Fabulous soups, grilled sardines, risotto with mango and shrimp with spinach are all examples of delectable options that may be on offer. With wonderful wines to accompany each meal, Trilogija is regarded by many as the top dining destination in Zagreb.

Restaurant, Vegetarian
Facebook
Email
Twitter
Pinterest
Copy link
Share
A raw food restaurant, Elixir is a members’ club and reservations are a must. Located in a quiet corner in the city center, the venue occupies a former apartment with high ceilings and beautiful views of Zagreb’s cathedral. A unique experience in Zagreb, it offers meals with no preservatives and no actual cooking – nothing is heated over 45C in order to preserve enzymes, minerals and vitamins. The menu includes edible flowers and a surprising combination of flavors in dishes such as walnut and peanut gnocchi, vegan sushi and other beautifully presented choices. The owners, Drako and Lena, are warm and welcoming hosts and run workshops on raw food at the restaurant. 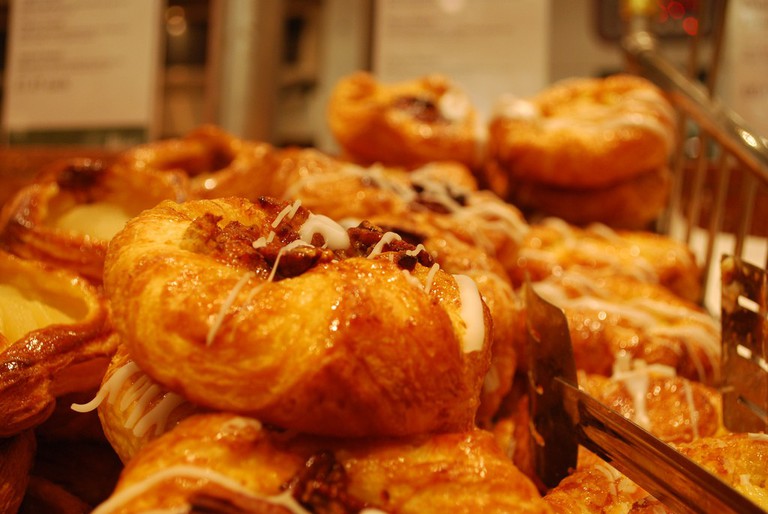 Harrods Pastries | ©Kevin Gessner/Flickr
A mix of Croatian, French and Italian cuisine, this little bistro offers truly outstanding dishes created by its Austrian chef and owner, Christian Cabalier. Voted the best restaurant in Zagreb and Croatia by Good Restaurants in 2012, Apetit is an unpretentious but elegant, homely and inviting restaurant hidden in a beautiful garden a few steps away from Gradec, the city’s old quarter. Whether you choose piglet with kale quiche or cranberries and ravioli, every dish on the menu is a work of art with a wonderful mix of flavors and imaginative presentation. The wine list and service are also superb, making this an unforgettable dining experience in the heart of Zagreb.

Restaurant, Dessert Shop, Dessert, 0
Facebook
Email
Twitter
Pinterest
Copy link
Share
Ivica & Marica (Hansel & Gretel in Croatian) is decorated in line with the witch’s house featured in the fairy-tale of the same name. It started off as a pastry shop and a part of it remains the same, with a colorful roof made of biscuits and a kids’ corner for families. Regional specialties such as kremnitsa, baklava and Lorelei fruit cake are all worth a try here. The restaurant also embraces the concept of healthy, organic eating, serving fish from the market, homemade soups, organic beef, veal and delicious traditional Croatian food from various regions.

Forgotten Croatian traditional dishes, interpreted in a modern, unpredictable way made with the freshest seasonal and locally foraged ingredients, shoot 5/4 (or Peta Cetvrtina in Croatian) to the top of the list for best cultural restaurants in Zagreb. Their well-known celebrity chef Dono Galvagno is a visionary cook and has created an experimental and exciting five, seven and nine-course menus with weeds, algae, wild oysters and other exciting ingredients. There is nothing flashy about this place, and while the cooking is based on complex and arduous procedures, the outcome is simple and familiar but with an unexpected twist. It has an open, nearly clinical kitchen and the interior has a Scandinavian feel. A wine list of organic, lesser known natural wines by small local produces from various regions of Croatia sticks to the philosophy of the eatery and the affordable prices are a bargain for such high level of cuisine. 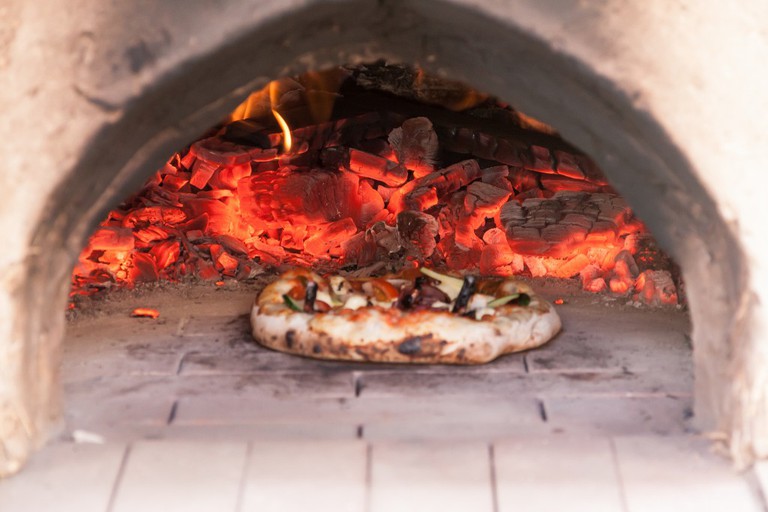 The most famous and popular pizzeria in Zagreb is currently found at two addresses; at the legendary Vlaška in the city center and at Kranjčevićeva 16a. Unlike most pizza restaurants, Karijola prepares only pizza and nothing else, focusing on making the most of high quality ingredients to produce tasty combinations. The pizza bases are thin and crispy and the pizzas are baked in a clay oven until piping hot. 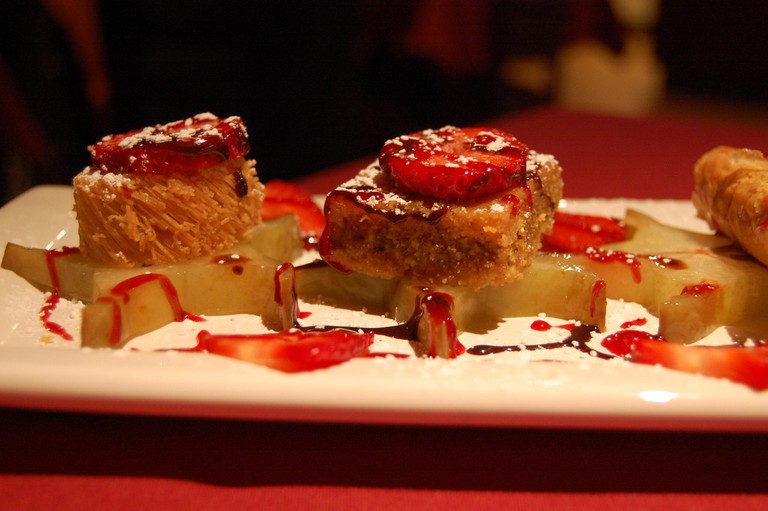 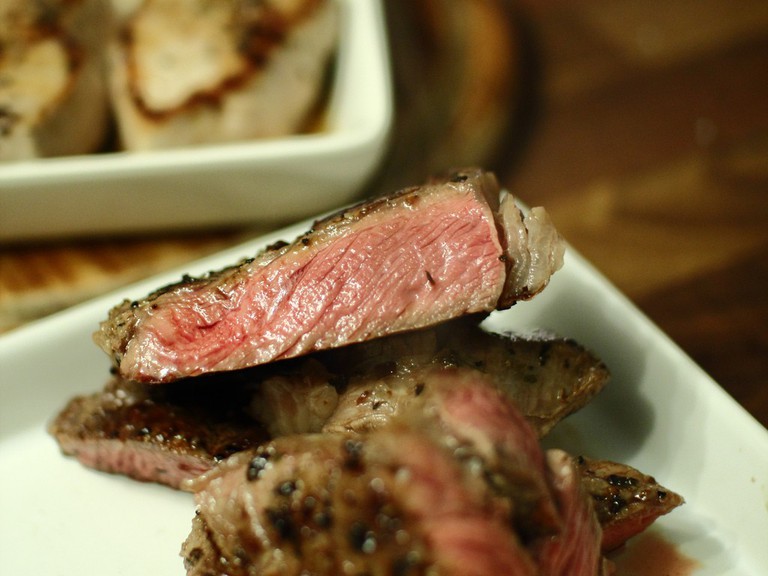 Steak | ©Oliver Hallmann/Flickr
With a great selection of Bosnian specialties such as pite, cevapi, burek and dolmas, restaurant Sofra transports its clientele from Zagreb to Sarajevo. Sofra means ‘round table’ in Turkish and the clientele here can enjoy main courses like Sultan steak and desserts like baklava whilst listening to the gypsy band playing live music in the background. It gets very crowded during weekends, so booking a ‘sofra’ table is advisable.

Restaurant, Seafood, European, Croatian, $$$
Facebook
Email
Twitter
Pinterest
Copy link
Share
Situated at the end of a beautiful courtyard, the high-end traditional restaurant Baltazar will guarantee an exceptional evening with great food, an inviting atmosphere and excellent service. With steaks cooked to perfection, freshly picked vegetables and fine smoked meats, all products are of the highest quality and can be accompanied by a local selection of wines. Other dishes like black risotto with squid ink, scallops and a selection of fresh fish offer a taste of foreign cuisines.
Give us feedback