What’s With Croatia’s Obsession with Rakija? 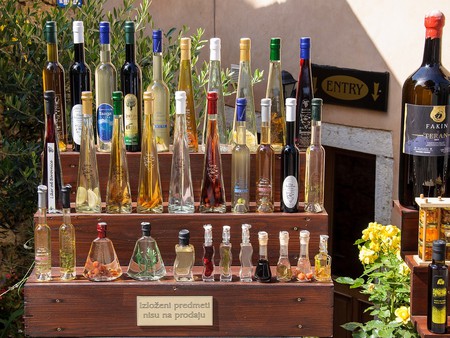 Every culture has its spirit, and rakija is Croatia’s. Commonly made from easily found fruit such as pears and plums, this strong flavoured brandy may also have herbs, honey, even mistletoe as its base. Types vary according to region – you know you’re in Istria when a waiter sticks a complimentary mistletoe-tinged biska in front of you after a meal.

Loosely rendered into English as brandy, evoking incongruous images of bowl glasses, cigars and fireplaces, the Croatian rakija is of the same genre but a different animal entirely – and just as revered.

What we’re talking about here is a strong fruit spirit, usually clear, at around 40% proof, although fiery homemade varieties can reach twice that. And everyone in the countryside makes their own, it’s simply what locals do with leftover fruit. Go to any market in a major city, the Gundulićeva poljana, say, in Dubrovnik or Dolac in Zagreb, and you’ll find tucked under the stall of honeys and jams, plastic bottles of transparent liquid with a dauntingly high number scrawled in felt-tip around the outside. Rakija won’t kill you, it has sustained peasant families for generations, but the less initiated should sip with care. 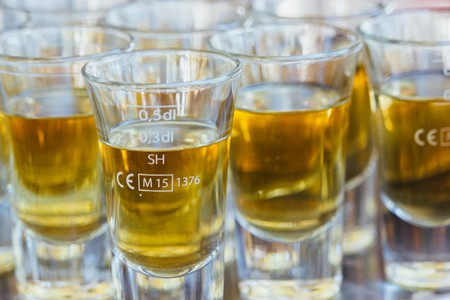 Rakija by the glass | Alex Holyoake/Flickr

Rakija has equivalents all over this part of Europe – pálinka in Hungary, grappa in Italy – but few territories have the sheer range of flavours that you’ll find in Croatia, from Istria to the far-flung Dalmatian islands.

Whereas plums, pears and grapes are the typical base fruit fermented and distilled in farmhouses across Hungary, Italy and, indeed, Croatia, there are some special varieties here that you’ll find in specific parts of the country.

Almost any meal you have in any traditional restaurant in Istria will be rounded off with a shot glass – rakija is also sipped (not slammed) from a shot glass – of biska. This sweeter version of the firewater you might sample elsewhere is created from mistletoe. The other Istrian speciality is medica, made from honey and often used in remote hilltop villages to combat those chilly winter evenings. 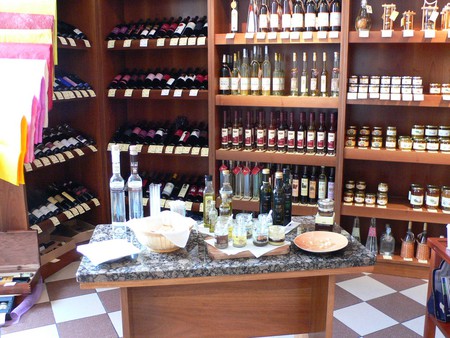 In Dalmatia, you’ll find orahovica, rakija made from walnuts and, often out on the islands, travarica, made from whatever herbs happen to be available. These are not uncommon in Istria either, but the classic scenario of being welcomed into someone’s home on, say, the island of Lastovo, is usually accompanied by glasses of travarica. Refuse it at your peril.

On Hvar you might find the plentiful lavender used in the travarica process – Croats will make use of anything and everything they can lay their hands on.

Finally, if it’s one of those messy nights, and you’re tying one on with new-found friendly locals in Istria, then at some blurry stage of proceedings someone will have the bright idea of bringing out the loza. This is a rakija of indeterminate provenance, which may or may not have rubbed shoulders with a natural product or other. Sip by all means, perhaps even finish the whole glass by the time the bar’s closing, but do not neck it and ask for another. You’ll also be asking for trouble.