Top 10 Things To Do And See In Zadar, Croatia

© Mary Apesos
Croatia’s coastal Zadar is a beautiful and historic city with an edge. Located in the middle of the Dalmatian coast, Zadar has a history of being in the middle of conflict and war. Much of the city was destroyed and rebuilt after the Second World War and the Croatian War of Independence in the early 1990s. Here are some of those magnificent still-standing structures, along with some other modern-day additions to today’s thriving city of Zadar.

The Land Gate is the main entrance to the walled city portion of Zadar, or the ‘Old Town’. Built during the rule of the Venetians in the Middle Ages, it is adorned with the city’s coat of arms. This impressive structure that once defended the city from oncoming attackers now welcomes travelers from all over the world. 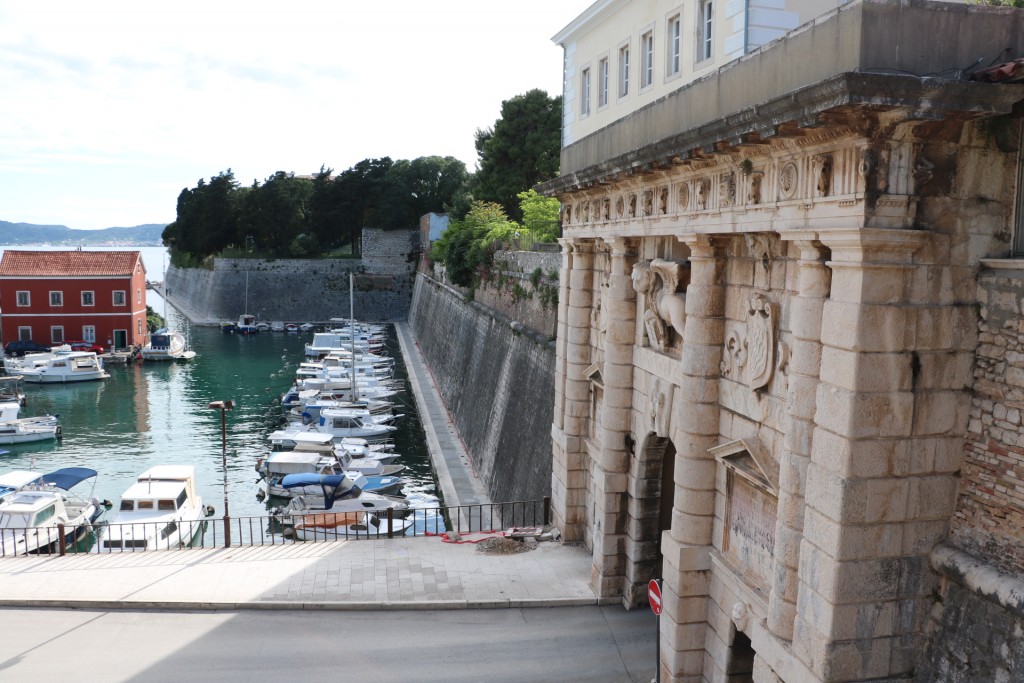 Climbing the stairs of this rotund church in the main square of Old Zadar gives visitors an insight into the past – all the way back to the early Middle Ages in fact. Built in the 9th century, this church is the largest Pre-Romanesque building in Croatia. Now, it’s the site of many musical evenings due to its amazing sound reverberations. 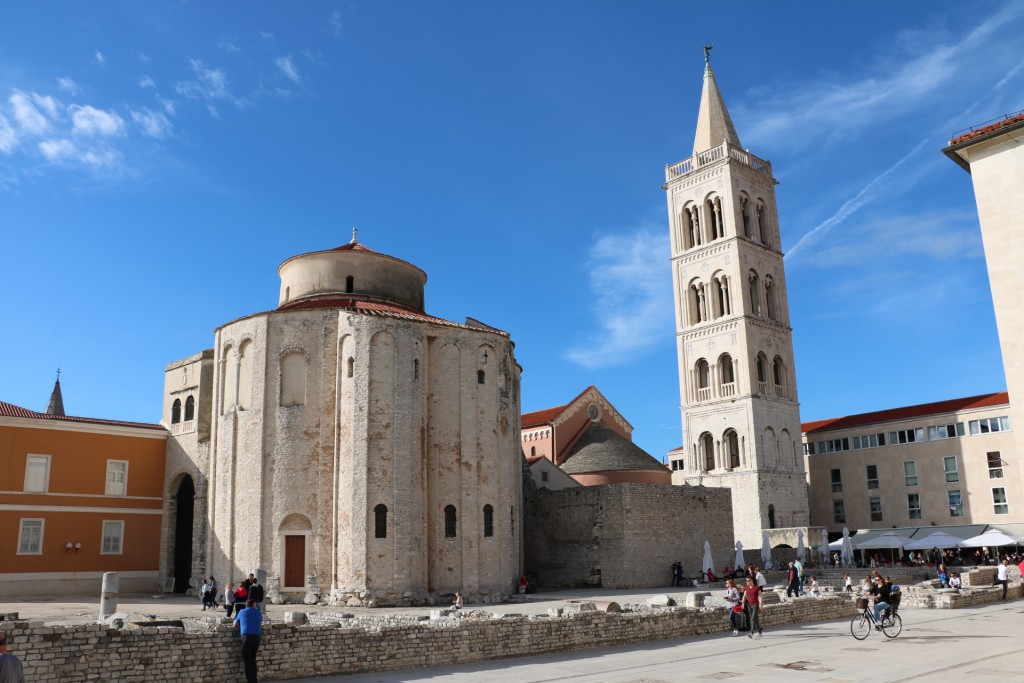 With years of Roman rule under its belt, Zadar has its share of columns that pop up throughout the city where you least expect them. The Roman Forum is where travelers can get an inside look at what public life was like in this medieval city. See the ruins of a temple dedicated to Jupiter, the towering ‘Pillar of Shame’ and more.

While Zadar was under Venetian rule, an underground water cistern was established with five wells above ground. While the cistern no longer functions, the wells still stand intact today. At the corner of the square is the Captain’s Tower, which was used by Venetians during ongoing Turkish attacks in the 16th and 17th centuries. 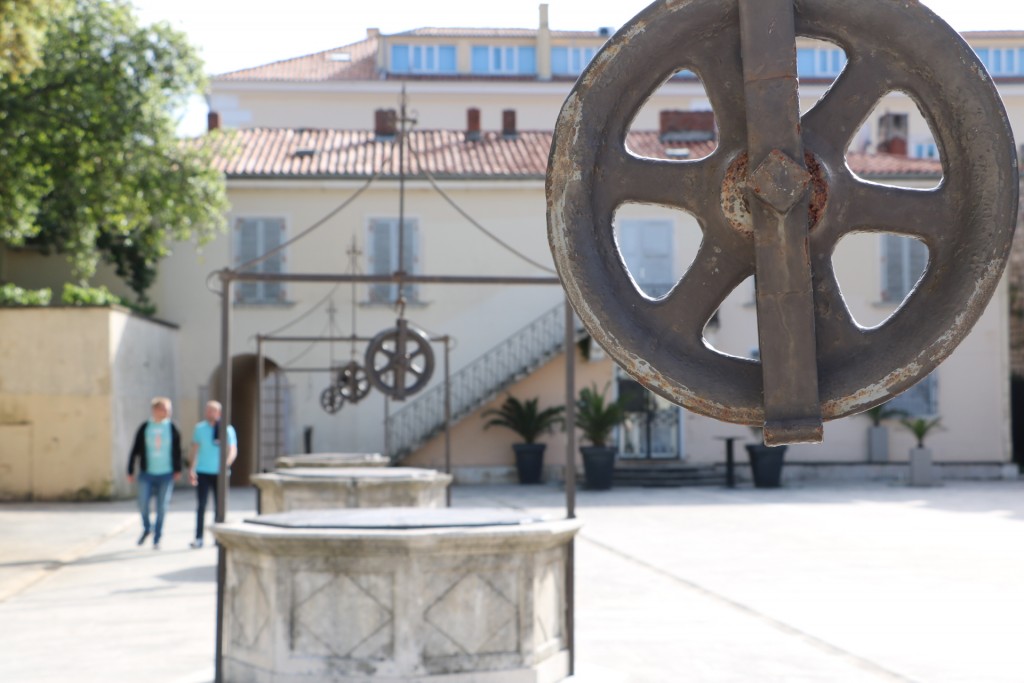 Today, no trip to Zadar is complete without a taste of its Italian heritage in the form of a delicious dessert. Kalelarga is the major pedestrians-only street going through Old Town Zadar. Stretching from one end of Old Town Zadar to the other, it’s the best place for travelers to get a holistic view of the city, and a tall cone of gelato.

Italian, Hungarian, Mongul, Ottoman and Serbian influences aside, there is one structure in Zadar that is a true enigma. A sphinx, mounted in front of an historic villa, was said to have been given to a woman by a courting man. You can visit it via a 10-minute walk just outside of the historic city walls. 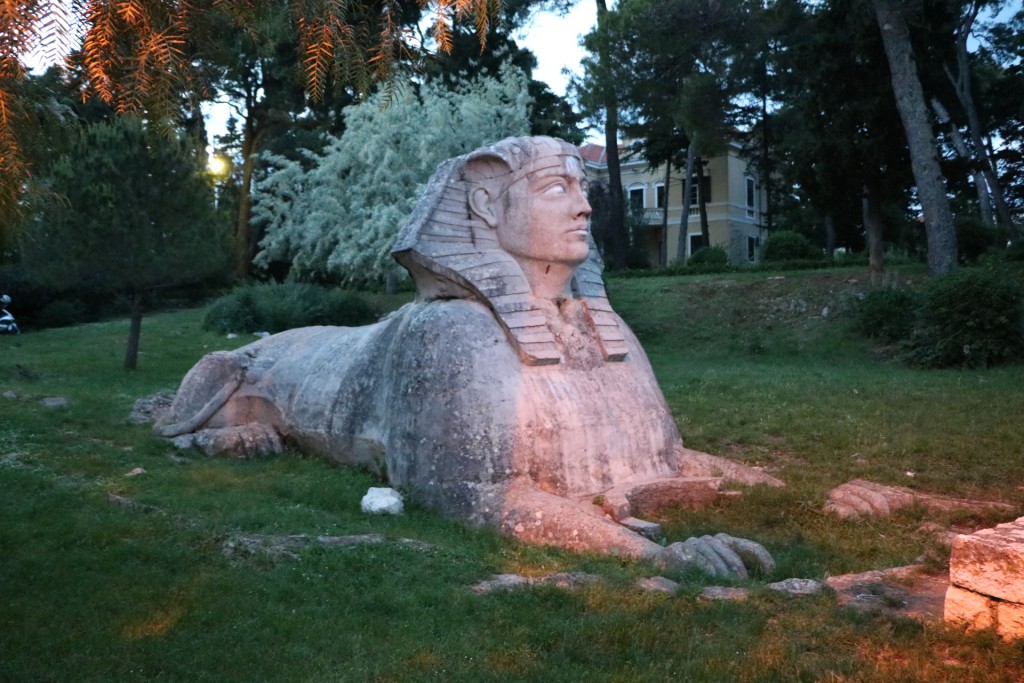 Deep, peaceful sounds play from the marble steps at the edge of the Adriatic Sea. Architect Nikola Bašić created the Sea Organ to generate tunes out of the incoming and outgoing waves. Depending on the rhythm of the waves, you can hear all different kinds of sounds throughout the day. It’s a calming place to spend time reading or getting some sun, sitting on the steps right above the large musical instrument. 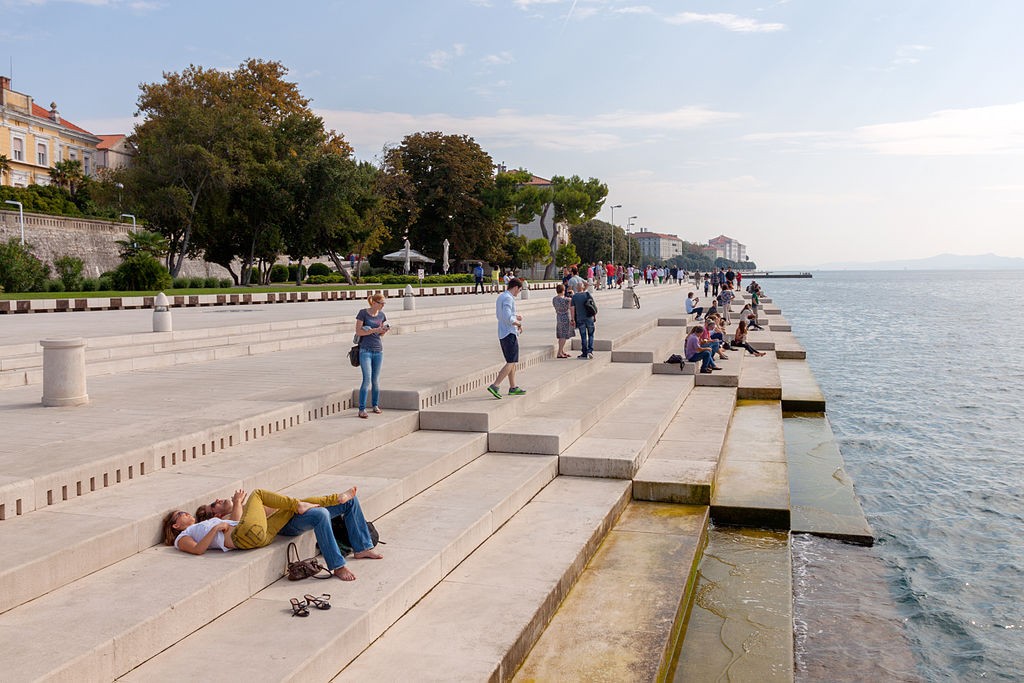 Created by the same architect as a complement to the Sea Organ is this solar-paneled work of art. The Sun Salutation gathers solar energy all day, resulting in the flat glass panels in the ground coming alive at night with dancing colors. The site is flooded with tourists eager to behold the light show every evening as the sun goes down.

Local vendors sell fresh fish, produce, herbs, bakery items and more in the town square every weekend. Get there early for the freshest items – it’s a popular spot for travelers and locals alike. Remember to bring a bag.

Visitors to Zadar are spoiled with gorgeous sunset views every night. The sun sets over the Adriatic Islands in the distance and the sky lights up with pink and purple. Crowds come to watch every evening – vino included. The view is best from the Sea Organ steps, as well from nearby boat docks filled with yachts.