The Top 10 Things To Do in Opatija, Croatia 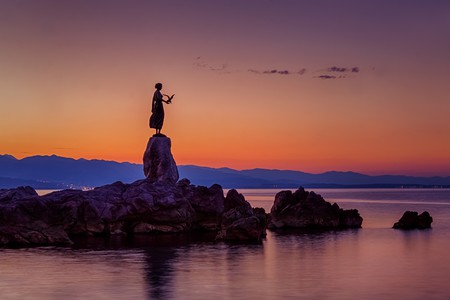 Statue of a girl holding a seagull in Opatija, Croatia. | © Drazen Skrinjaric / Shutterstock

In a country full of magnificent coastal gems, Opatija still manages to stand out. It is said that this small town 18 kilometres (11.1 miles) southwest of Rijeka is where Croatian coastal tourism began, but there is more than enough still going on to keep Opatija relevant to visitors today.

The Kvarner Gulf is just another stretch of Croatian sea that demands plenty of attention. Opatija is its pride and joy, a small city of approximately 12,000 inhabitants that shimmers and shines at every turn. If you find yourself in this serene seaside siren, consider this your must-do checklist.

Discover the origins of the town’s name

Opatija is the Croatian word for abbey, so it shouldn’t come as a huge surprise to discover that the town was indeed named after an abbey. The charterhouse in question may no longer be standing, but the church that acted as its centrepiece is still going strong more than half a millennium after its initial construction. The Church of St. Jacob is a tangible piece of history in these parts – and one that simply can’t be missed.

Stroll down the Walk of Fame

It is time to walk with the stars. It might not come with the pizzazz and glamour of its namesake in Hollywood, but Opatija’s Walk of Fame is no less interesting, with many great Croatian names honoured. Tennis legend Goran Ivanišević, genius inventor Nikola Tesla, musician Rade Šerbedžija and writer Tin Ujević are just some of the names honoured on this illustrious street. 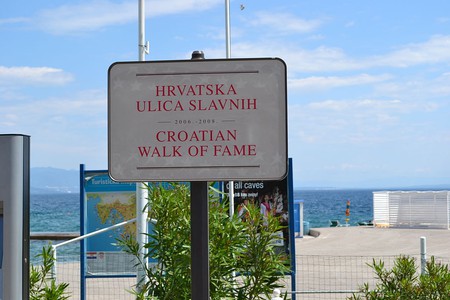 Take a selfie with the ‘Girl with the Seagull’

Undoubtedly the most famous statue in Opatija, the Girl with a Seagull is one of the great tragic symbols of the Kvarner Gulf. The tragedy is traced back to 1891 when a local count by the name of Arthur Kesselstadt lost his life in a springtime storm. His family was devastated (understandably) and put this statue up in remembrance. The original now stands in the Croatian Museum of Tourism, but you can still snap a selfie with its seaside replacement. 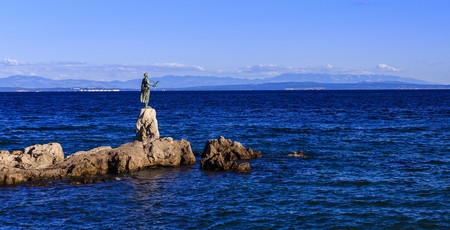 Explore the Museum of Croatian Tourism

Opatija was once a resort for the higher strands of society, and the Villa Angiolina was at the heart of that crowd. Built in 1844, it hosted legendary guests such as Ban Josip Jelačić and Emperor Franz-Jozef himself, but today, it houses the Museum of Croatian Tourism and memories of a glorious past. The museum is fascinating in itself, but it might just be the decadent surroundings that attract the crowds. 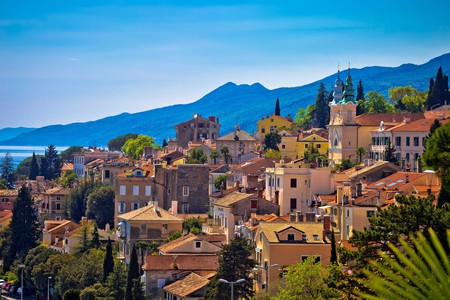 Stay at the first hotel on the Adriatic Coast

Opatija is known as the place where Adriatic coastal tourism began – and for good reason. At the time of its construction in 1884, the Hotel Kvarner was the only public accommodation of its type on the coast, and can rightly claim to be the starting point for one of the most profitable industries in the region. The hotel was renovated in 2014 and is as modern as it gets. There is plenty of opulence here, although that is certainly reflected in the prices. 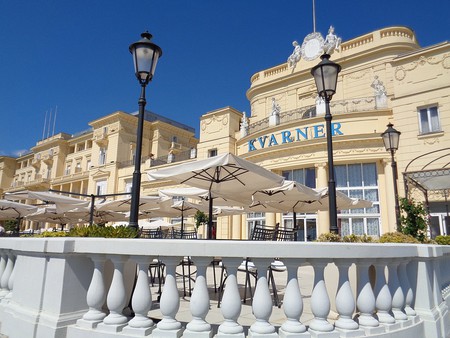 The first hotel on the Adriatic Coast | © Silverija / WikiCommons

Take a romantic stroll on the promenade

While 12km (7.4mi) might be a little ambitious for a romantic stroll, those with love to spare and time to boot should consider taking in the entire stretch between Volosko and nearby Lovran. The riviera is at its best here, as tranquillity meets energy at that most magical middle point. You’ll certainly earn your dinner on this walk. 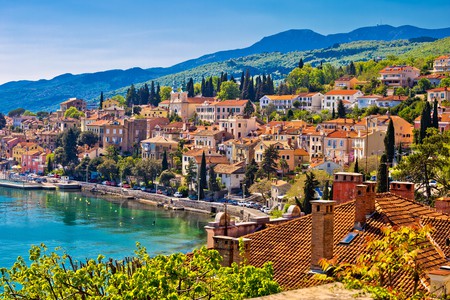 With those 12 romantic kilometres in the bag, you will almost certainly have worked up an appetite. Luckily for those hungry folk, Opatija is full of magnificent Mediterranean restaurants ready to sate even the pickiest of guests. Seafood tends to be the dominant trend, but there are plenty of other Mediterranean and Balkan options for those not interested in dining on sea beasts.

Marvel at the majestic fountains

Opatija’s two fountains are so beloved locally that you more than likely don’t need to refer to them by name – simply ask for directions to the fountains, and you’ll soon find yourself swooning over these delightful creations. For the record, the fountains are dedicated to Helios and Selena, mythical Greek deities of the sun and moon, respectively (night and day, in other words). The two fountains are more similar than not, but both demand plenty of attention.

Pay your respects at the Lipa Remembers Memorial Centre

Situated just 14km (8.6mi) south of Opatija is the Lipa Remembers Memorial Centre, a respectful collection of culture and monuments dedicated to the victims of a Nazi World War II massacre. Practically the entire village was wiped out on 30 April 1944, as the Nazis attempted to wipe out Partisans in the area. The village was rebuilt in the decades following the war, and the site now pays homage to lives lost and the centuries of culture that came before that dark day. 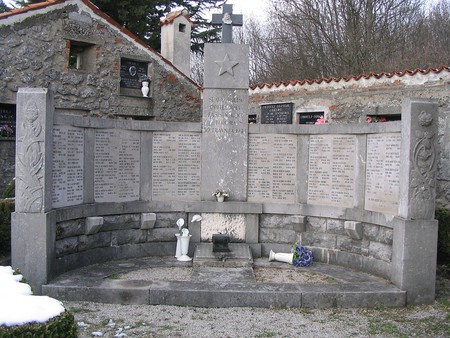 The monument to the victims of fascism in Lipa near Opatija, Croatia | © Ante Perkovic / WikiCommons

Spend a lazy day on the beach

It wouldn’t be a visit to the Croatian coast without mentioning the beaches, right? Opatija has plenty to offer where the sand meets the seafront, with excellent beaches for little kids all the way through to elderly folk via everyone in between. Sun, sea, sand, resorts and all the rest await, although all you’ll need is a book and a steady supply of wine. There is even a beach for dogs – if your pup is looking for somewhere to relax. 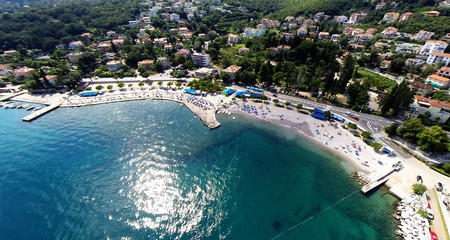 Another gorgeous Croatian beach | © Yacht Rent / Flickr
Give us feedback