The Party That Rocked the World's First Quarantined City As lockdown continues in much of the world, here’s a virtual event the ardent traveller won’t want to miss. Dubrovnik is the first recorded city to experience a quarantine lockdown during plague fears in the 14th century. A brilliant live music gig, using footage of the deserted city, was beamed around the world – and now you can watch it here.

In 1377, the coastal city of Dubrovnik, in Croatia, entered a state of quarantine, making it the first city in the world to introduce such a lockdown. The term quarantine actually comes from Venice: in the plague-ridden 14th century, ships and sailors were prevented from entering the main docks of the city for quarentena (40 days), but the first documented edict on disease prevention actually occurred in the republic of Ragusa, Dalmatia – in the city we know today as Dubrovnik. 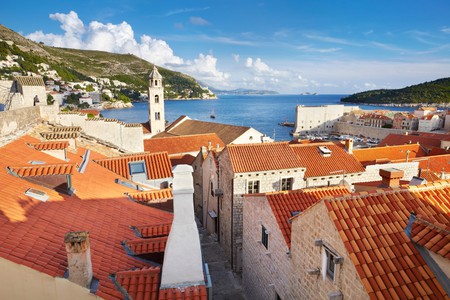 Centuries later, along with the rest of the world, Dubrovnik is fighting a global pandemic. One of the most popular tourist destinations in the world – thanks in large part to its starring role in the hit TV series Game of Thrones – it will no doubt be hoping to see visitors return in large numbers soon.

The entertainment industry has been one of the hardest hit in recent months, but there are small signs of recovery beginning to give hope to eager partygoers. 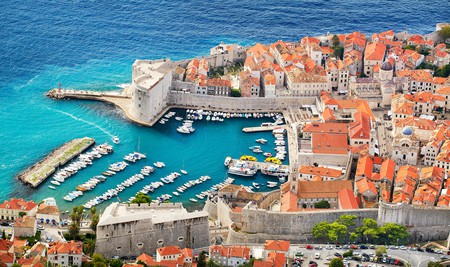 Recently a virtual rave was held at Barcelona’s Casa Batlló, and now the ancient walled city of Dubrovnik on the Adriatic Coast is getting in on the act. With the video, which you can watch below, you’re treated to a spectacular virtual experience that shows why Dubrovnik is such a bucket-list destination for the curious traveller.

Social media brand Mr Afterparty, along with BSH Events, hosted the first of the Stream City Live series in late May. An international audience tuned in to watch the event, which was a showcase not just of the music but also the city itself. The haunting opening moments show deserted streets and empty squares that are usually teeming with people. It’s poignant, but also gives us hope. After all, it’s not the first time this city has handled quarantine and survived.

The event is part of a series that aims to bring some of the world’s most beautiful cities into people’s homes while travel remains difficult. The incredible footage captures these destinations as they are now, but also offers a window onto the rich cultural heritage that made them stand out in the first instance.

More events and live streams are set to be announced by Mr Afterparty here in the coming weeks. In the meantime, sit back and enjoy an enchanting musical tour of the Pearl of the Adriatic.