The Most Beautiful Places to See In Dubrovnik 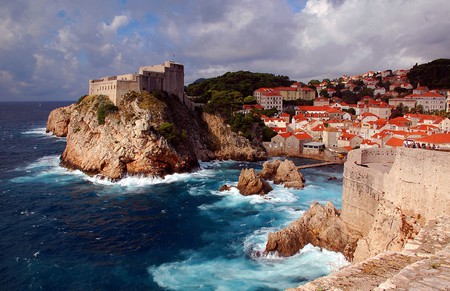 Lord Byron lionised Dubrovnik as ‘The Pearl of the Adriatic’ and a young George Bernard Shaw described it as an earthly paradise, so enchanted was he by its maritime charms. The city was hammered by artillery in the Croatian War of Independence, but the hardy Dubrovnik quickly returned to its former glory, and these days, life in the coastal town is laid-back, picturesque and throngs with a tourist industry of its own. With lots to take in, return trips are advised, but if you are pressed for time, here is a list of five places of unmissable beauty to see in Dubrovnik.

Where better to begin than with an epic view of Dubrovnik itself? Clear weather permitting, you can enjoy panoramic views of up to 60km from Mount Srd’s 412m peak, which also plays host to the historic Napoleonic Fort Imperial and War Museum, which are well worth a visit. A cable car runs from the city to the summit, allowing for a steady climb in which to absorb the vista of the dazzling Adriatic coastline, with its myriad islands, and a bird’s eye view of Dubrovnik’s pretty, historical centre. 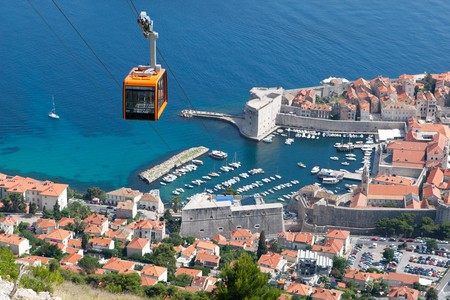 Stretching between the two town gates of Pila and Ploce, on the eastern and western sides of the old city, Stradun is the main thoroughfare of Dubrovnik. Stretching around 300m, and available only to pedestrians, this busy slice of the Old Town lends itself well to repeat visits. Paved in 1468, the limestone underfoot has taken on a mirrored, marble-like quality from centuries of use. It’s also notable for the uniformly symmetrical way in which the buildings lining either side are equal in dimension and measurement. This is the consequence of a devastating earthquake that reduced the buildings to rubble, causing it to be rebuilt from scratch in 1667. There’s no better place to sit back, enjoy a cold drink, and observe life at Dubrovnik’s heart. 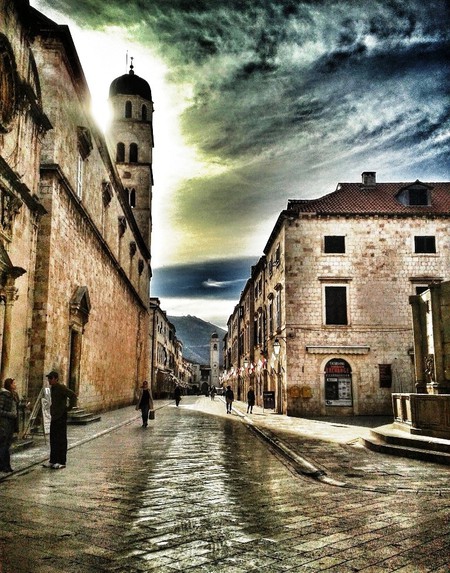 The dramatic cobbled-street of Stradun

No trip to Dubrovnik would be complete without circumnavigating this historic city along its famous walled perimeter. At nearly 2km in length, and completely intact, you can enjoy views of the city and its iconic red rooftops from a completely new perspective. Either take a stroll at your discretion or join one of the many guided tours that offer expert historical context to the photogenic vistas of The Old Town. Refreshments are available en route, and rounded fortresses create fascinating diversions along the path. A must-see. 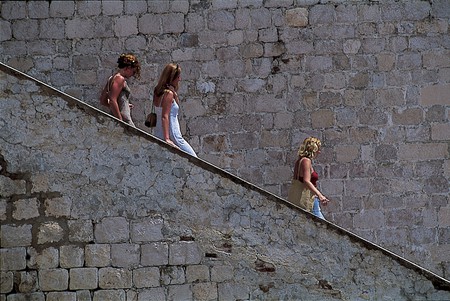 A mere 10 minute ferry journey from Dubrovnik’s Old Town, Lokrum Island has to be experienced. A small slice of paradise awaits, which not only plays host to a swathe of exotic vegetation, but also to a colony of peacocks (no people live on the island), who freely roam the island and its many beaches. Take this opportunity to luxuriate in the shade, float in the salt lake (or “Dead Sea” as it’s known) or explore a niche aspect of history within the ruins of a Benedictine monastery. 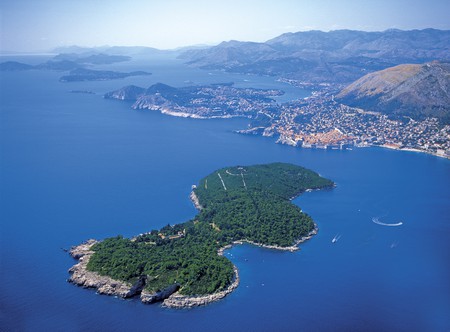 Dating as far back as 1018, Lovrijenac Fortress (Fort of Saint Lawrence) has been christened ‘Dubrovnik’s Gibraltar’, due to its imposing spectacle atop a 37m high sheer cliff face. Detached from the main city, it not only serves as a tourist attraction, but also a theatre, and is a keen point of interest for historians as its construction represents a resistance to Venetian rule in the 11th Century. Fans of HBO’s Game of Thrones may well recognise The Red Keep in King’s Landing, for which Lovrijenac Fortress doubles.