EUROPE
/
CROATIA
/
ZAGREB
/
Things to Do

The 10 Best Things To Do in Zagreb, Croatia 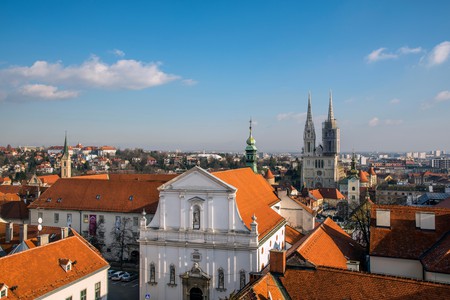 With an abundant offering of live music, contemporary art, Baroque architecture, green spaces and more, Zagreb promises a thrill-filled to-do list. Spruce up your jam-packed agenda with this local-approved list of the best things to do during your visit to Croatia’s capital. 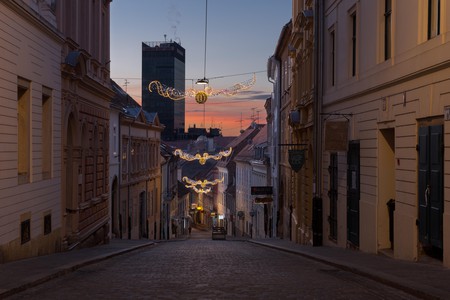 Zagreb is home to a lively underground bar scene, where much of the city’s best live music can be found. Musician Davor Bacalja, guitarist in local band Cover Page, has the low-down: “Vintage Bar is known for its vibrant music program with both well-known bands and upcoming local demo bands, and Kulturni Centar Mesnička is perfect for getting to know Zagreb’s alternative scene – it offers music workshops, poetry nights and small concerts”. His top spot to play is Buzz Bar: “It’s always packed, the crowd is always dancing, singing and having fun with us. Also, they have a great selection of beer,” he says. 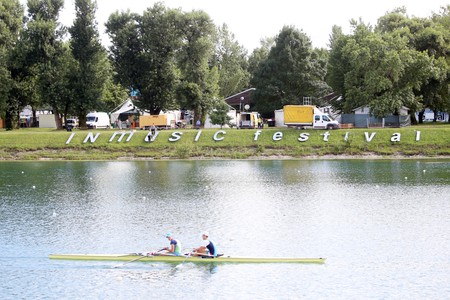 Croatian nightclubs are notorious – and beloved – for their lack of curfew. Local dance mecca Katran is on Radnička Street, 15 minutes by car from the city centre. According to Bacalja, Katran is “by far the best club in Zagreb to have a good time and dance the night away. It has four floors with different music playing on each: pop and rock; funk and R&B rap and EDM.” Pleasing a variety of musical palates, Katran also features industrial decor with exposed brick walls and pipe-lined ceilings.

Get out your camera at the picturesque Upper Town squares

The squares of Zagreb’s Upper Town have no bad angles. St Mark’s Square is dotted with monumental government buildings and boasts a colourful crown jewel: St. Mark’s Church, while the city’s most beautiful Baroque church sits in the nearby Catherine’s Square. Zagreb photographer Petar Brković has a suggestion for what he says is the “best Instagram background in the Upper Town”: a panoramic viewpoint tucked behind Catherine’s Square, with the Zagreb Cathedral and main square on display.

To get to Upper Town, take the funicular (one of the shortest, but steepest, in the world) from Tomićeva Street or expend some energy on the stairs. 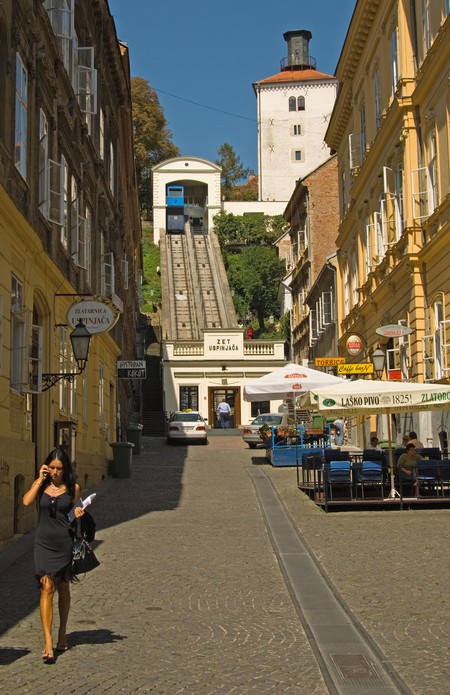 Get some R&R in Zagreb’s parks

Take a break from urban living at Maksimir Park. When it opened in 1794 it was southeast Europe’s first public promenade, and today Maksimir is popular with joggers and nature lovers year-round. Don’t miss the Echo Pavilion, a picturesque white wooden gazebo built in 1843. On a sunny day, hit Bundek Park, with its 10 barbecue areas and a 5.5 kilometre (31.4 mile) pathway circling its central lake. The 2km-long (1.25mi-long) Jarun Lake is another warm weather go-to, and a prime spot for enjoying water sports in the Croatian capital. When visiting Jarun, look out for the Walk of Fame, which honours Croatia’s best sports players. 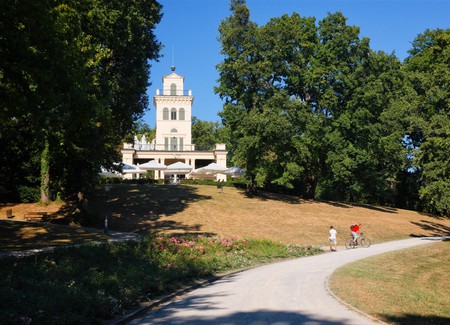 Sip cocktails at A Most Unusual Garden

Among Zagreb’s most photogenic cafés, A Most Unusual Garden (which is as eclectic as its name suggests) offers custom cocktails in quirky surroundings. It’s hidden behind a canopy of trees, so look out for the jazzed-up vintage car and colourful mural by the café’s entrance. Inside, expect to find antique clocks and striking sketches by artists from Zagreb’s Academy of Fine Arts. The outdoor garden, complete with fairy lights, is perfect for both lounging and grooving; catch live acoustic melodies on Thursdays and DJ beats on Fridays. If you’re quick, snag a spot in the white-picket treehouse in the middle of the garden. Kick your feet up with a morning coffee or a Hendrick’s gin (the house special) with elderflower tonic and hibiscus.

A mix of wide cobbled streets and lush parks, Zagreb’s charming Lower Town takes around 40 minutes to walk through – a stroll well worth taking. Check out sprawling shopping street Ilica and the U-shaped system of city squares and parks known as the Lenuci Horseshoe. Adriana, who did not want to use her last name, is a spatial planner and University of Zagreb Geography alum, and says her favourite Lower Town building is Kallina House. “It’s not as obvious as some of the other ones, like the Croatian National Theatre and the Art Pavilion, but it’s a hidden gem,” she says of the Secessionist-style building. For an energy kick during your Lower Town escapade, pop into a pastry shop or café – almost every street corner has one. Don’t be surprised if you make new friends along the way, either. “In Zagreb, people are happy to talk to you even if you’re just in line at the bakery or grabbing a coffee,” Adriana says. 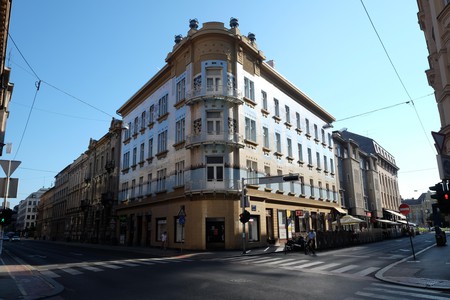 Visit one of Europe’s most beautiful cemeteries

Often touted as one of Europe’s loveliest, Mirogoj Cemetery doubles as an outdoor art gallery. Opened in 1876 and designed by Herman Bollé, its pièce de résistance is a 500-metre (1,640-foot) line of Neo-Renaissance arcades. Mirogoj is easily accessible from the centre by the efficient public transport system, which Adriana says is one of the best things about Zagreb. Bus 160 from the Zagreb Cathedral will take you straight to Mirogoj, and if you’re in town on All Saints’ Day, visit Mirogoj for a sacred spectacle of candles lighting up its rolling hills. 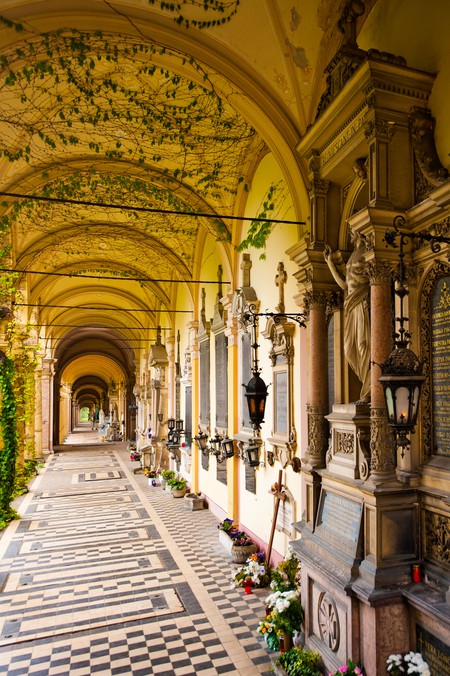 Soak up some culture at Zagreb’s museums

Break a sweat on Sljeme

“We have some really beautiful places to train outdoors in Zagreb, and a great one is Sljeme,” martial artist and coach Saša Drobac says. Sljeme is the 1,035-metre (3,400-foot) peak of Zagreb’s Mount Medvednica. It’s 7km (4.35mi) to the very top, just a three-hour climb. On your way up, explore Medvedgrad, a 13th-century fortress built to protect the city from Tatar attacks. A stop at traditional cabin-restaurant Runolist is also recommended – order the bean and sausage stew, a staple reward for Zagreb’s most avid mountain climbers. 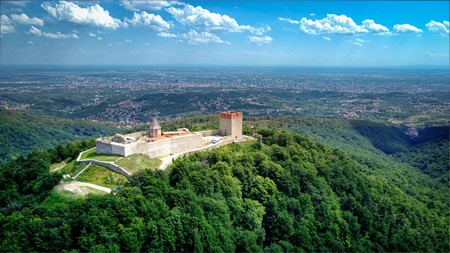 Chow down on healthy Zagreb eats

“Zagreb is becoming more and more health-conscious and we have some really good spots to eat food that are both nutritious and tasty,” Drobac says. His top picks include brunch hotspot Eggspress, with specials like a fitnEGGs salad and shakshuka, and Zrno Bio Bistro, one of his vegan go-tos serving organic fare including seitan cordon bleu and udon noodle bowls. He also recommends Barcode Mitra, which offers seasonal vegan burgers capable of winning over even the most devoted meat lovers. You can wash down your burger with Barcode Mitra’s homemade kombucha or shungite water.