EUROPE
/
CROATIA
/
SPLIT
/
Things to Do

The 10 Best Things To Do in Split, Croatia 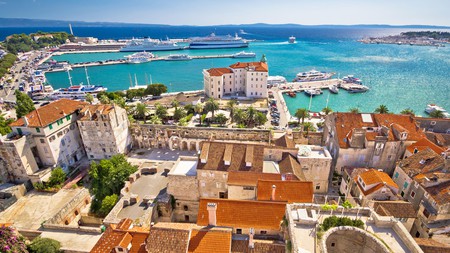 Even a weekend in Split makes it easy to see why Roman emperor Diocletian wanted to retire there. With no shortage of things to do in Croatia’s second city, a trip to Split might leave you thinking along the same lines.

In 1995, beloved Croatian musician Dino Dvornik released a song titled ‘Nothing Against Split’ (Ništa Kontra Splita) devoted to his hometown. In it, he sang about how one can badmouth the entire world, but he wouldn’t hear a single word against his city. And really, when you think of this magnificent Mediterranean harbour city on the Croatian coast, with its Venetian, Roman and Romanesque architecture, and spectacular surrounding mountains, there’s little to complain about.

Dig into history in the city centre

Split’s landmark location – Diocletian’s Palace – was built for the Roman emperor Diocletian between the late third and early fourth centuries as his retirement residence. The “residence” was actually a massive complex of buildings which occupied around 30,000 square metres (322,917 square feet). Diocletian spent his golden years there, enjoying sun, sea and gardening; Croatians like to joke that it was Split where the first-ever vacation home on the Adriatic Sea was built.

The remains of the complex were later used for the construction of the city of Split. The Emperor’s mausoleum, for example, was converted into the Cathedral of Saint Domnius. The rest of the historic core of the city consists of numerous red-roofed houses built closely together, along with churches, palaces, and medieval fortifications, testifying of Split’s turbulent past. Lying in the heart of the city, the remains of the palace and the surrounding historical complex are Split’s most visited attraction, and are now listed as a UNESCO World Heritage Site. 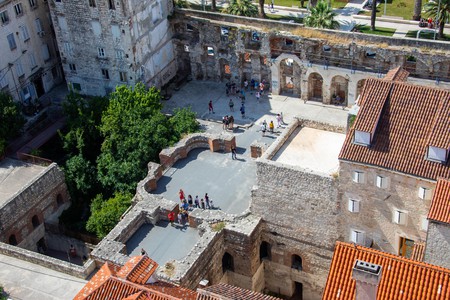 On any visit to Diocletian’s Palace, you will probably visit the Vestibule, a circular hall with a large cupola that was used as an entrance hall to the residential part of the palace. The Vestibule has served various purposes over the last few centuries – including as a place to keep poultry. Now, it’s an unofficial stage for klapa singing (a multipart a cappella singing tradition from the southern Croatian regions of Dalmatia). The klapa groups usually perform in the Vestibule during the summer months (though they can occasionally be seen during the winter as well), taking advantage of the acoustics of the space for performances. 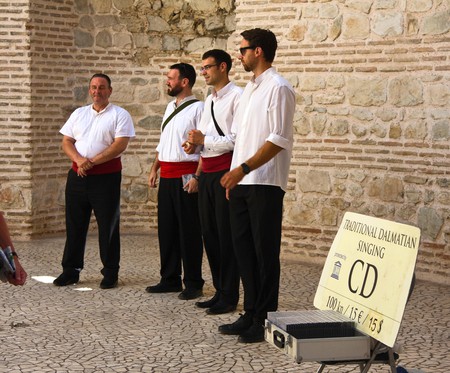 To take a break from the hustle and bustle of the city centre, enjoy a walk up Marjan Hill. Covered in Mediterranean pines, Marjan is known as “the lungs of the city” and is a go-to spot for runners, joggers and bikers. The highest peak is 178m (583ft) – be prepared to climb around 300 stairs to reach the top from the Vidilica viewpoint. On the way, however, you will find dozens of benches; whichever you choose for a rest stop, you will be able to take in marvellous views of the old city, the harbour and the sea beneath. For those who prefer to cycle, there are rent-a-bike services and a number of bike trails available. 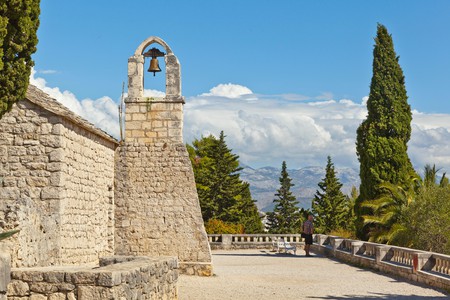 Get lost in the quaint Varoš neighbourhood

On the way back into the city from Marjan, make sure to take a peek at one of the oldest parts of the city – Varoš. Located on one of the slopes of Marjan, Varoš was originally a fishermen’s village. Its narrow, labyrinthine streets guarantee that you will get lost, but running into charming miniature churches and admiring the white stone houses is an essential Split experience. 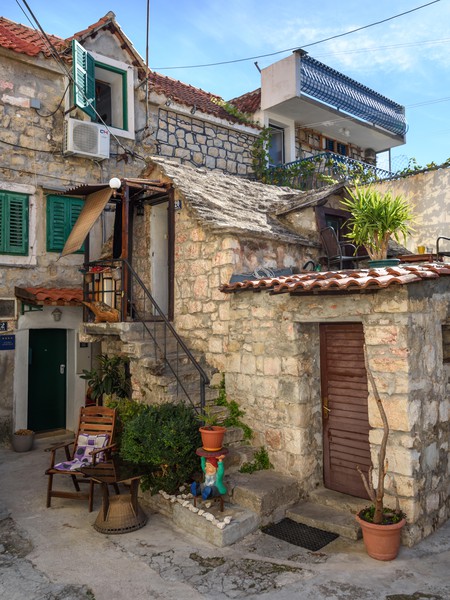 After a day of exploring, there’s nothing better than a foot massage. But not for you – for the giant statue of Gregory of Nin standing outside the Diocletian Palace. Croatians believe that rubbing Gregory’s big toe will grant them a wish, which is why every day hundreds of people stop to do it, before continuing the walk into the historic centre. 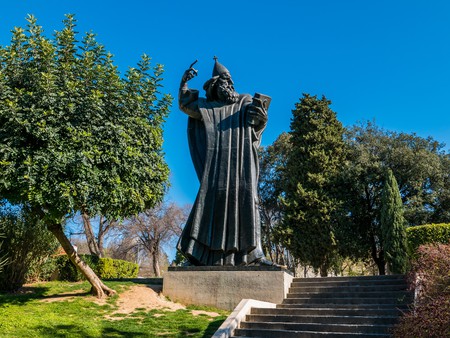 Enjoy people-watching on the Riva

Split’s famous Riva is a seafront promenade, flanked by the walls of the old town, palm trees and a host of bars and restaurants. It’s a car-free zone and packed at any time of the day – a typical pastime among Split residents is to sit and people-watch at one of numerous bars or from one of the shaded benches, or to stroll along the promenade and be the object of admiring eyes instead.

Chill out at Bačvice Beach

A sandy beach in the heart of the city, Bačvice is not to be missed even if it’s not swimming season. Settle in at one of the bars and cafés to enjoy the view, and stay until nightfall when the area turns into one of Split’s main clubbing and partying hubs. On summer evenings, pay a visit to the Open Air Cinema in the forest above the beach. 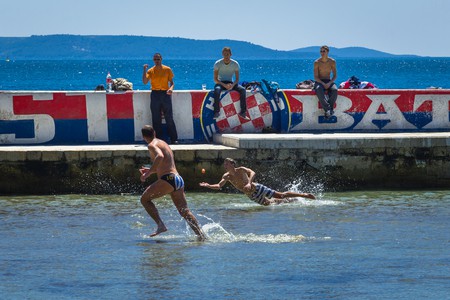 Complete your visit to Bačvice with a game of picigin. The goal of this unique ball game, which originated on Bačvice Beach just over a century ago, is to keep the small ball in the air and out of the water for as long as possible. The goal is not to catch the ball but to bounce it around with the palm of your hand while running, diving and splashing.

Breathe in the city at the Green Market

The colours and flavours of the city can best be absorbed while milling around the stalls of the central market – the Pazar. Also known as the Green Market, this open-air market is notable for its abundant piles of vibrantly coloured fresh fruits and vegetables. The rest of its charm lies in its almost chaotic crowds and the sounds of bargaining and shouts of enthusiastic local sellers. The prices can vary and be a bit arbitrary (especially if it’s obvious you’re visiting) so do haggle before buying anything. 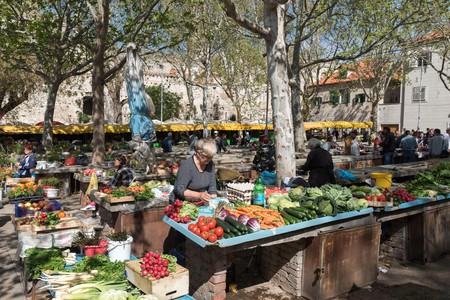 The colours at Pazar are just the beginning when it comes to being mesmerised in Split. Pay a visit to the Jaman Art Gallery, a two-minute walk from Diocletian’s Palace, to take in the work of Split-native Danijel Jaman. This local artist is known for his surreal painting style that also takes its cue from pop art – all of his works are positively exploding with colour.