The Best Things to Do and See on Krk Island

Vrbnik | © Istria Travel/Flickr
The biggest island in Croatia, languishing in the deep Kvarner Bay, Krk has plenty to offer all year round. In summer, the beaches of Baška and watersports of Kornić come into play, while the Roman and medieval remains of Krk town and fine wines of Vrbnik are there to be discovered after the resort hotels close and seasonal restaurants prepare for spring.

Little-known Košljun provides both a pleasant day out by boat and a journey back in time. Specifically, medieval times, as this tiny islet, a short hop from Punat, is still centerpieced by a working monastery (the Franciscan residents in place here for centuries). The building, its extensive library and modest museum, can be visited, but not in scant clothing, not even in summer. Similarly, act with decorum if you go bathing elsewhere on this strange outpost on the west coast of Krk island. 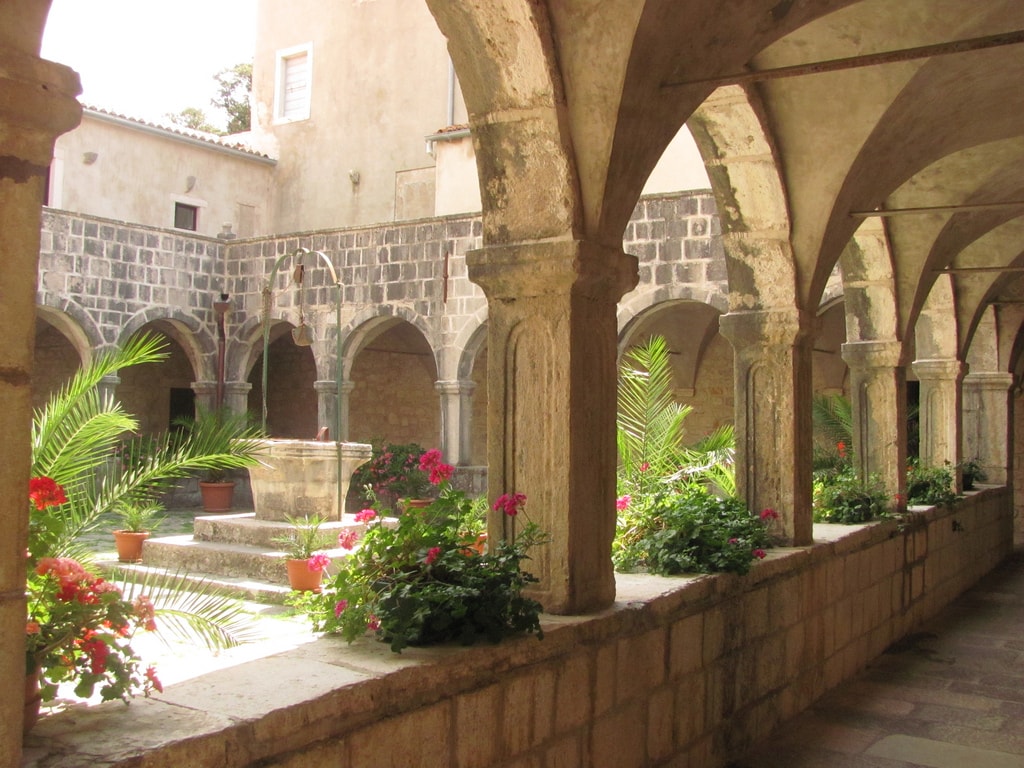 With its long indented coastline, coves, inlets, secret beaches and seasonal winds, Krk is the perfect destination to try out all kinds of watersports. These range from jet-skiing at Baška and flyboarding at Njivice to parasailing at Malinska and wakeboarding at Kornić. Across the bay from Punat, on the island’s west coast, Wakeboard Cable Krk caters to all levels, especially beginners.

Sharing the same name as the island, the main town of Krk holds the bulk of the key local historic remains. Its centre is dotted with Roman ruins and medieval fortifications, with the main Frankopan Castle towering over the main square of Kamplin, whose dimensions were determined when Krk was the Roman Curicum. Along with this tangible historic backdrop, Krk town also has a picturesque marina, a long seafront embankment and scores of restaurants. 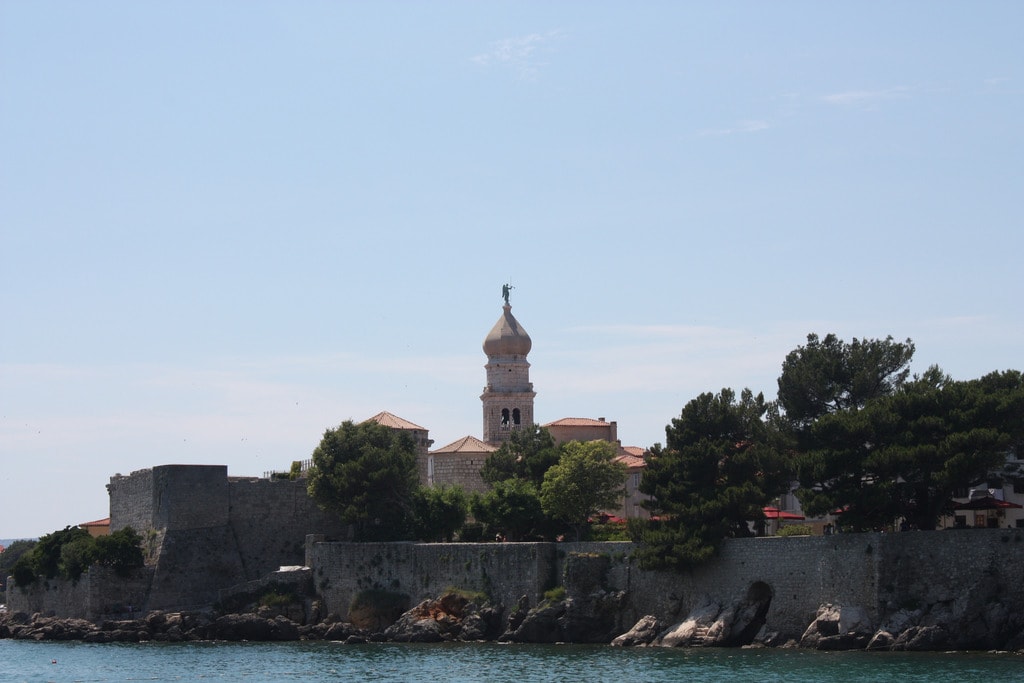 In a gentle bay on the north coast of Krk island, tranquil Malinska now attracts significant numbers of visitors after being left behind during Croatia’s first tourist wave of the early 2000s. With no shortage of lodging, cafés or restaurants, Malinska can show off its pretty boardwalk and marina, along with its beaches on either side of the town centre. Close proximity to Rijeka airport is another boon. 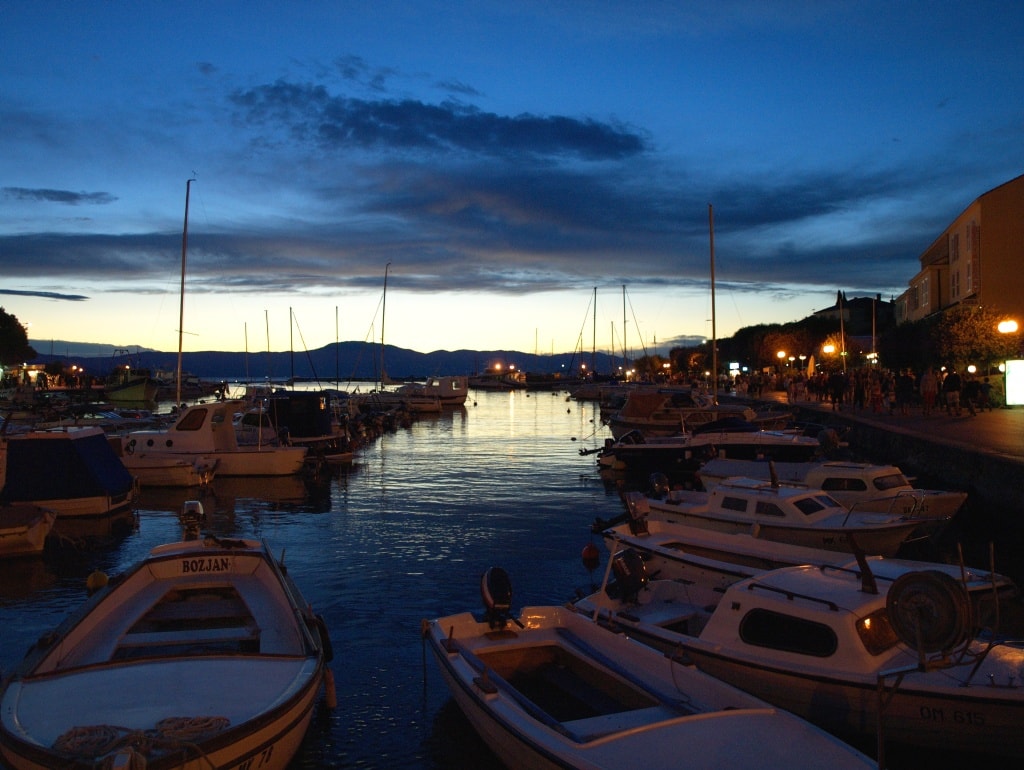 Celebrated medieval outcrop Vrbnik gazes over the Adriatic from its limestone headland on Krk’s east coast. Narrow streets offer a flavour of the medieval settlement when Vrbnik was an ecclesiastical centre and clerics used the ancient Slavic script of Glagolitic. You can still see examples in the manuscripts on display in the parish church. Vrbnik has one further reason to visit: Žlahtina, the white wine for which it is famous, grows in the vineyards you’ll see as you drive across from Krk town. 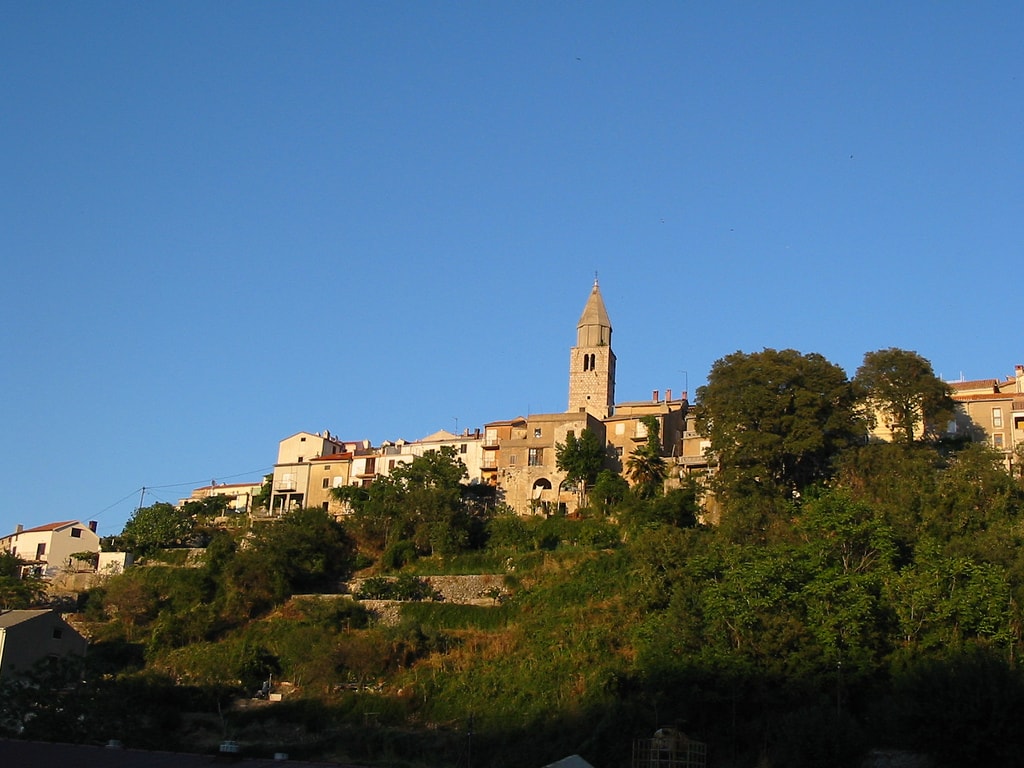 Many fly into Rijeka airport without realising they’re not in Rijeka – or on mainland Croatia. They’re alongside Omišalj on the northern tip of Krk. The largest town on the island after Krk town, Omišalj shares a similar history, built by Romans and fortified in the Middle Ages. A stone tablet on the Town Hall shows an original inscription from 1476, in old Slavic Glagolitic, announcing the building of a castle by the last of the Frankopan dynasty. Modern-day attractions include the Sv Mikul Memorial Park, with its statuary dedicated to World War II heroes, and a beach near the town centre. 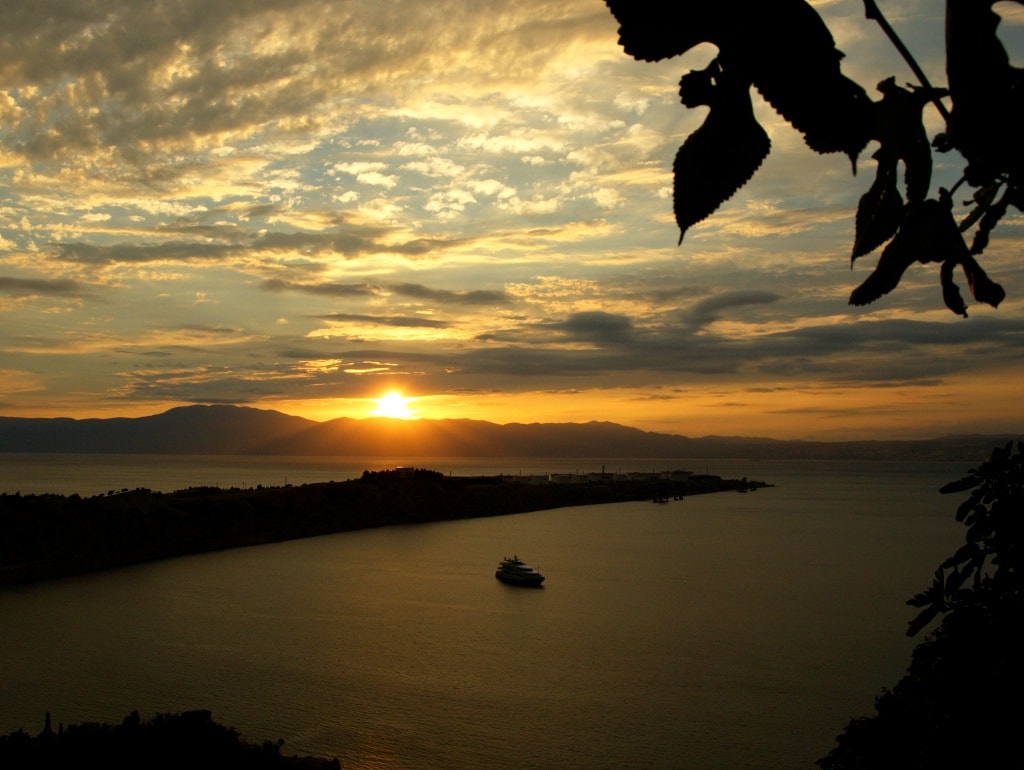 Could there be a better setting to sample the finest wines on Krk island? In the heart of Vrbnik, a historic town overlooking the Adriatic from its clifftop location, is Nada, a tavern and winery with lodging. Before your classic main dish arrives –succulent lamb, perhaps, or pasta noodles with goulash sauce – you’ll be served the local white Žlahtina, slightly fruity and produced by the same family nearby. It’s also on sale at outlets in Krk town and Baška, but here’s where it’s best enjoyed, surrounded by medieval history in stone form, high above the waves. 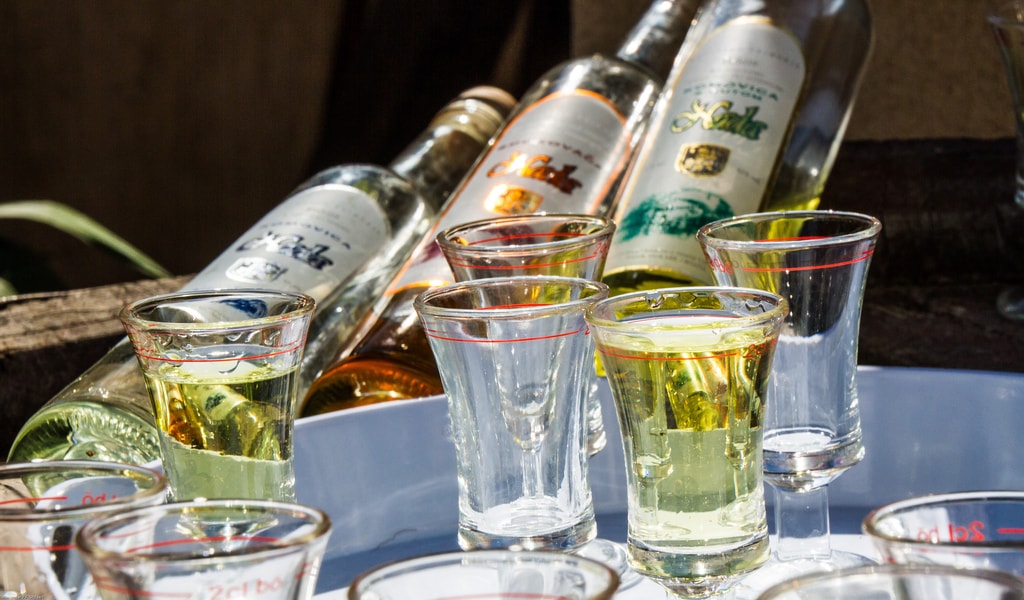 The other side of a range of steep hills from visitor-focused busy Baška, the tiny hamlet of Stara Baška shows how the main resort on Krk island would have looked before mass tourism descended from the 1970s onwards. Old Baška, population 95, has a beautiful beach of its own, with a handful of bathers, rather than row after row of holiday-making families. Established by refugees fleeing the Turks in the 1300s, Stara Baška contains a couple of medieval churches, one or two traditional taverns and a handful of affordable apartments. 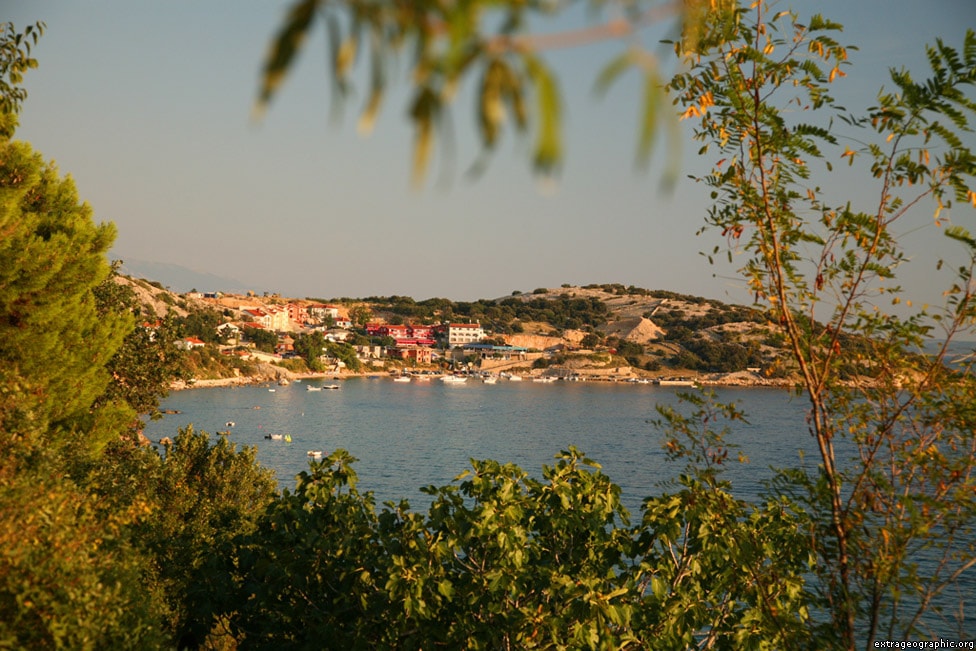