The Best Snorkelling Spots in Croatia 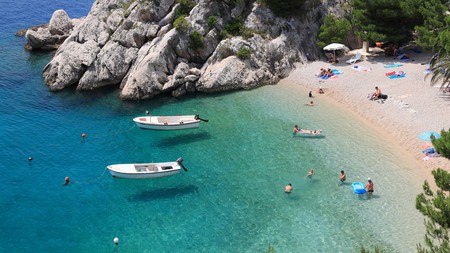 With hundreds of islands, Croatia isn’t just one of Europe’s top sailing destinations – it’s a fantastic snorkelling spot, too. We’ve rounded up the country’s best snorkelling destinations for you, whether you’re an expert snorkeller or donning your fins for the first time. Our top tip? Invest in an underwater camera – the clarity of the water here means it’s the perfect place to try your hand at underwater photography.

Spend a day discovering the best snorkelling spots in Croatia by renting a yacht with SamBoat. Or, take your time and hire a vessel with Dream Yacht Charter. 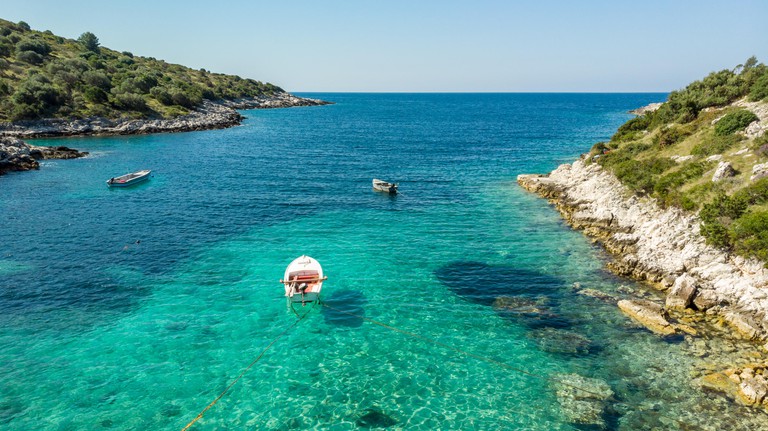 © Anze Bizjan / Alamy Stock Photo
A thin sliver of land at the northern end of the Zadar archipelago, Dugi Otok is home to Telascica Nature Park. It also forms part of the broader Kornati National Park, a protected stretch of coastline boasting some of Croatia’s best beaches. Top snorkelling spots include Telascica Bay, to the south, with over 300 types of marine life. If you’re arriving by boat, stop by the Lagnici Cliffs, near the Veli Rat lighthouse. A coral-covered ancient shipwreck attracts multiple sea creatures, which can be easily spotted by snorkellers.

Natural Feature
Facebook
Email
Twitter
Pinterest
Copy link
Share
Danče beach, just a short walk from Dubrovnik’s old town, Marina Frapa Dubrovnik – handy if you’re exploring Croatia by yacht – is a south-facing stretch of sand popular with locals. The nearby cliffs ensure the water stays calm, but it’s also the reason you should consider wearing a wetsuit for your snorkelling session – the extra shade means the water’s slightly colder. Visibility is fantastic, and ladders lead to the water in areas where there’s no sand. The water’s incredibly clear, and highlights include the sponges, algae and a wide range of fish. 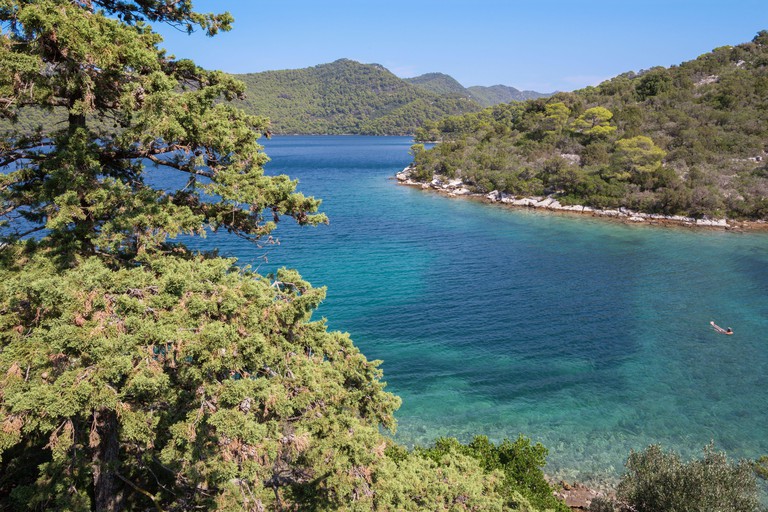 © jozef sedmak / Alamy Stock Photo
This small island, to the north of Dubrovnik, has the largest coral reef in the Mediterranean, so you’ll find plenty of marine life here. Many of the top snorkelling spots are easiest to access by boat, which is why the island is one of Croatia’s top sailing destinations. Advanced snorkellers should consider checking out the octopus and scorpionfish-filled Rikavica Caves on the southern coast, along with the Veliko Jezero saltwater lake, which is part of Mljet National Park.

The island, 300m (984ft) from the mainland, is one of the best places to check out sea sponges. The species you’re most likely to spot are Dalmata fina sponges (the ones you’ll see in most people’s bathrooms) and elephants’ ear sponges. We suggest heading to the western side for the best snorkelling armed with a pair of neoprene shoes – most beaches have pebbles, not sand. Exploring the area by yacht? We suggest mooring at the nearby Solaris Yacht Marina – it’s one of the most beautiful marinas we’ve found, surrounded by a thick pine forest. 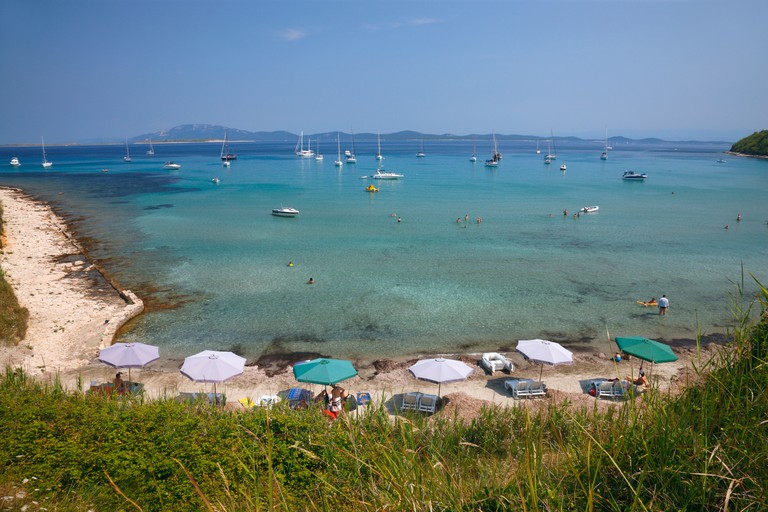 © Nino Marcutti / Alamy Stock Photo
Just off the west coast of Susak island, the beautiful Margarina reef is a great snorkelling spot for beginners due to its shallow depth. There’s plenty to see here, ranging from the remains of a shipwreck to some of the Mediterranean’s most beautiful sea creatures. We’d suggest sticking to the southwest side of the island, where submerged rocks and sea caves attract a wide range of weird and wonderful marine creatures, usually keen to put in an appearance. 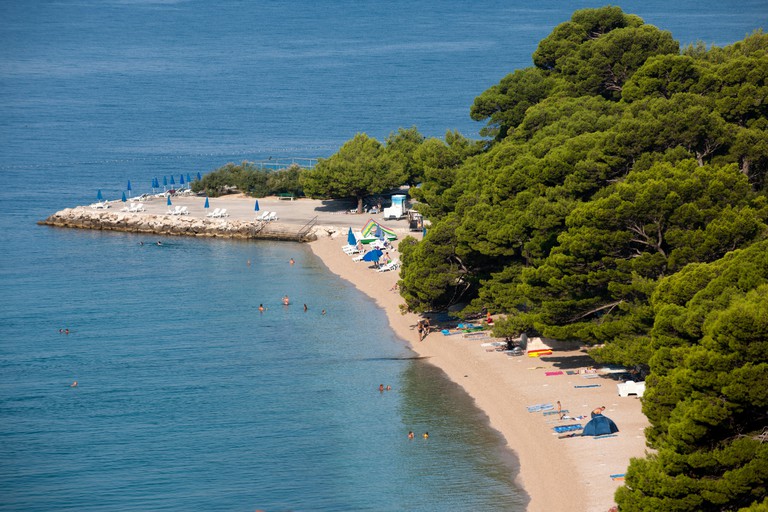 © Hackenberg-Photo-Cologne / Alamy Stock Photo
A chunk of coastline which stretches from Brela to Gradac, the Makarska Riviera is a popular destination with snorkellers and scuba divers as well as sunbathers. Snorkel here and expect to see octopuses and starfish as well as larger creatures such as dolphins. Brela, at the Riviera’s northern end, is home to the Blue Flag Punta Rata beach and its enormous semi-submerged boulder, which graces more Croatian postcards than we can count. It’s also a brilliant snorkelling spot, famous for its turquoise water.

Natural Feature
Facebook
Email
Twitter
Pinterest
Copy link
Share
This beach on Cape Kamenjak offers memorable views of Fenoliga Island, as well as sublime snorkelling, although it’s best suited to confident swimmers due to the strong currents. Multiple companies offer guided snorkelling trips here, and almost all will visit Kršine Beach among other nearby beaches and sea caves. Keep an eye out for monk seals and dolphins, especially if you’re exploring the area by yacht – dolphins, in particular, love swimming up to larger vessels. 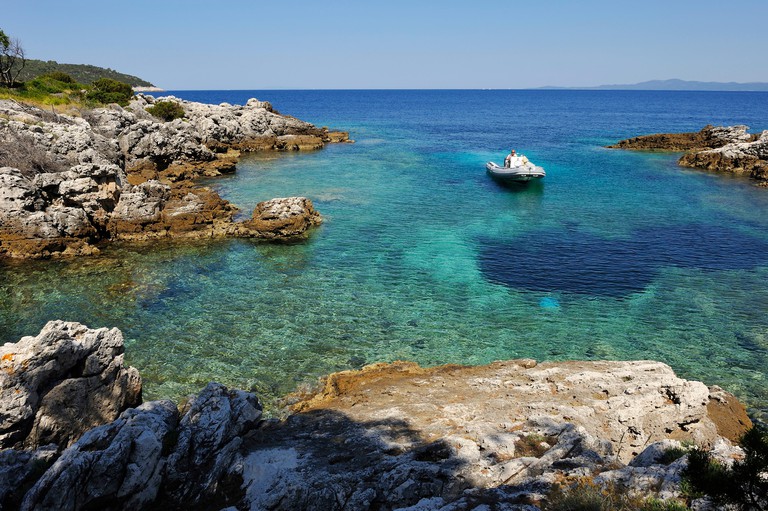 © agefotostock / Alamy Stock Photo
It’s Lastovo island’s diversity that makes it such a great snorkelling spot – you’ll find everything from fluorescent corals and pastel-hued starfish to the wrecks of fishing boats, all visible to snorkellers. The varied landscape means it’s easy to find your ideal snorkelling spot, too. If you’re arriving by boat, consider heading for the eastern side, which has beautiful bays and dramatic cliffs – and plenty of opportunities for impromptu snorkelling sessions off the side of your yacht. Explore the best snorkelling spots in Croatia by booking a yacht with SamBoat. Alternatively, spend longer discovering even more of Croatia’s coast by hiring a vessel with Dream Yacht Charter.
Give us feedback