The Best Museums To Visit in Dubrovnik, Croatia

EUROPE
/
CROATIA
/
DUBROVNIK
/
Things to Do 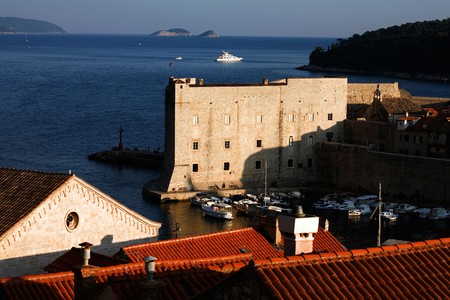 Dubrovnik’s cityscape often earns all the attention: a picturesque Mediterranean panorama of terracotta roofs and imposing limestone walls. Step inside to discover a host of museums and galleries, housed in unique spaces.

From modern art to romantic history and local lore, the Pearl of the Adriatic’s museums offer a broad range of exhibits. If museums are on your itinerary, your first step should be to buy the Dubrovnik card, which offers access to many of the city’s key sites, including some of the museums on this list.

The Cultural Historical Museum in The Rector's Palace 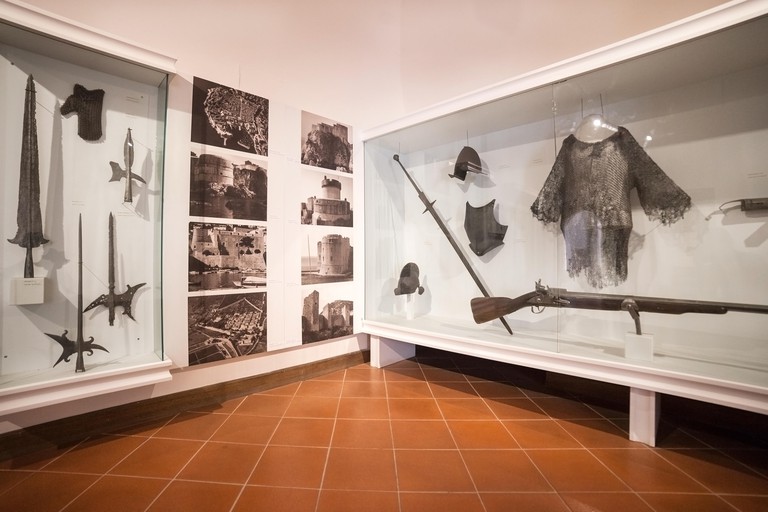 © paul prescott / Alamy Stock Photo
The Cultural Historical Museum’s past mirrors Dubrovnik’s and gives a peek into the town’s long and tumultuous history. The museum is located in the former Rector’s Palace, a Gothic-Renaissance structure that served as the Dubrovnik Republic’s historic seat of power. The first floor replicates the rector’s residence, including his sleeping chambers.“The ambience matches the final era of the Dubrovnik Republic (Republic of Ragusa),” said Marina Filipović, the museum’s manager and senior curator. “Every group that walks in immediately goes there.” The permanent collection tries to recreate the space as it looked in eras past, creating a time-capsule effect. State offices, courtrooms and even the ground-level dungeon all look almost the same as they did when first used. Much like the town itself, the palace has endured cataclysmic events, from gunpowder explosions to massive earthquakes. There’s also a trove of Dubrovnik’s bureaucratic knickknacks: seals, documents, coins, coats of arms and artworks by famous Dubrovnik natives. 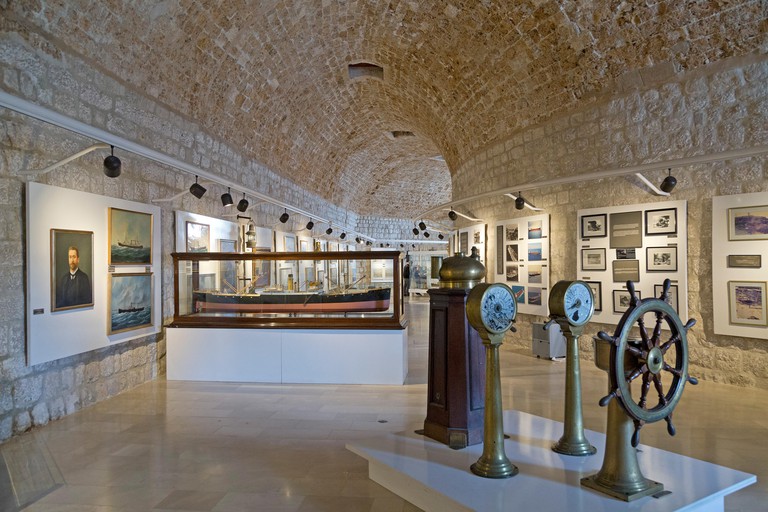 © Kuttig - Travel - 2 / Alamy Stock Photo
Mount Srđ and the hillsides surrounding Dubrovnik made the sea a main source of commerce. The Maritime Museum, in Fort St. John along the city’s walls, showcases that nautical history with straightforward, informative exhibits. The Dubrovnik Republic’s navy was among the strongest in the Mediterranean during the 16th century. This tradition of nautical prowess remained so strong for so long that, according to the museum’s manager Ana Kaznačić-Skurić, Abraham Lincoln gifted a gold pocket watch to a captain from Dubrovnik, a sign of gratitude for intervening to help a United States vessel. The watch is on display at the museum. The Maritime Museum’s collection includes about 11,000 objects in 15 collections including small rowboats, cannons, chests, maps, sextons and anchors. 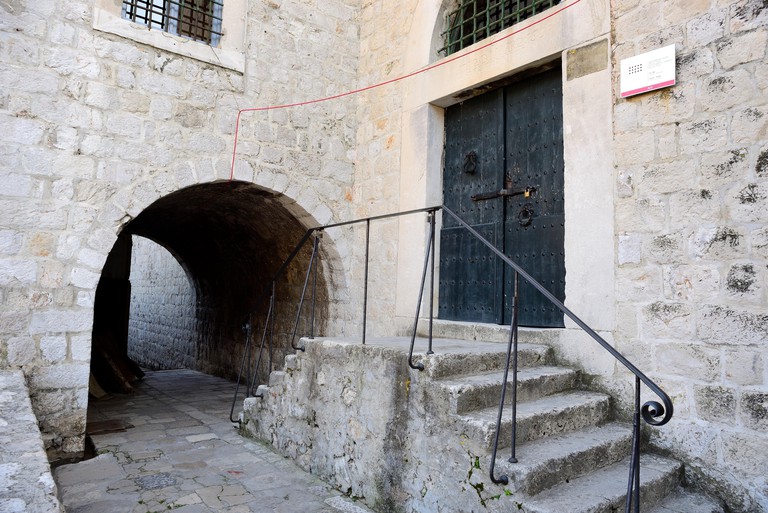 The Ethnographic Museum is colloquially known as ‘Rupe’, or ‘The Holes’. The source of the nickname presents itself the moment one walks into the large, airy stone space with stately columns, according to Barbara Mararetić, the museum manager. The Museum stands on the site of the city’s historic granary, essentially large silos carved into the bedrock below the city. “There’s that first big hole at the entrance; people almost always immediately go there,” Mararetić says. Multimedia presentations explain how the communal granary worked to keep the entire Republic fed, which Mararetić explains surprises visitors. There are more than just big holes in the ground, though. There’s also a large collection of traditional attire and lace, tools and handicrafts – some 6,000 objects covering the Dubrovnik region, Croatia and the surrounding countries.

The Red History Museum depicts the region’s decades-long existence under Communism. Found in the city’s only remaining Socialist-era factory, the museum offers an interactive experience with an augmented reality app. It’s an interactive time capsule, with hidden information in every room – guests are positively encouraged to snoop around. “That was our main rule – the more curious you are, the more you’ll learn,” said Nino Glavinić, one of the museum’s co-founders, adding that every guest seems to find their own fascinating chunk of life under Communist rule. “Some play chess on the Dubrovnik chess board or listen to music from the era, while others are sucked into the ‘dark side of Yugoslavia’.’” It’s one of those rare museums that doesn’t have “Do not touch” signs pasted everywhere.

This tower was once an integral part of Dubrovnik’s walls. But it gained greater significance in 2008, when archaeologists discovered a medieval foundry and industrial zone preserved under Fort Minčeta, in the city’s northwestern corner. Before the foundry’s discovery, historians considered Dubrovnik a city of merchants. But this unveiled a new, industrial side to the city’s history. Below the tower lie well-preserved remains of a forge, moulds, basins and many other complex tools required to get a working foundry going. Dubrovnik, it turns out, made its own gunpowder, weapons, bells and tools – no small feat for such a relatively detached city. You can walk over the foundry via an elevated transparent passage. Every visit also includes an exhibit of items found inside the tower. 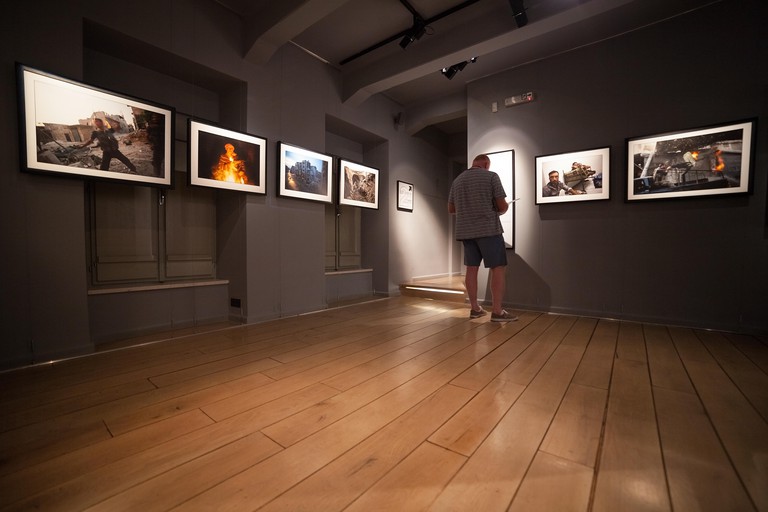 © paul prescott / Alamy Stock Photo
This museum of war photography shows the work of renowned photojournalists from around the world who have chronicled conflicts through their lenses. It’s a radical departure from the picturesque scenes outside: frightening, raw, jarring and memorable.The permanent collection of photographs features photos from the recent conflicts in the Balkans, with changing exhibits of other photographers who covered other conflicts. While Dubrovnik has other museums centred around the Balkan Wars, this is the least partisan.

This cosy oasis of romance has a collection of sentimental items tied to real love stories from all over the world. Consider it a potent answer to Zagreb’s Museum of Broken Relationships. The museum also has local roots, retelling historic love stories and myths from Dubrovnik’s lore. In addition, it recounts legendary love stories shot in Dubrovnik for film and TV. (But let’s maintain our collective amnesia about the first Captain America being filmed there, ok?) Another exhibit reveals the love stories behind some of your favorite ballads, as well as who inspired them.

Looking to head home with a work of art? The Sebastian Art Gallery gives a taste of contemporary Croatian art, making it a mainstay among art collectors. It includes rotating exhibits by up-and-comers, and well-regarded artists like Oton Gliha. “There’s a separate room with a bar – a real bar,” the gallery manager Karolina Marusic said, adding the space usually hosts gallery openings. Resting inside the Church of St. Sebastian within the Dominican Monastery, the Sebastian Art Gallery is a magnet for the economic and cultural elite passing through Dubrovnik, looking for works to add to their collections. The gallery also ships internationally, so you don’t have to limit shopping to items that’ll fit into your luggage.

Dubrovnik’s iteration of MoMA offers a collection of 3,000-plus works of art from the 19th and 20th centuries, all by artists connected to Dubrovnik. The museum’s airy, open spaces are a rarity in this centuries-old city (at least outside of a church). It was meant to be a villa for one of Dubrovnik’s aristocrats, ship owner Božo Banac, and is as big an attraction as any of the works on display, according to museum curator Rozana Vojvoda. “The building is a masterpiece of modern architecture, but it also has neo-stylistic elements that evoke the tradition of Dubrovnik architecture,” she said.

One of the more off-the-radar galleries in Dubrovnik, the Croatian Naive Art Gallery includes work by Croatia’s untrained and self-taught artists of the “Naive” tradition, who often put emotional force ahead of precision. It also includes a collection of reverse oil paintings on glass by contemporary artists. It’s located within the same monastery as the Sebastian Art Gallery, making it easy to combine your visit.