Tinariwen, Tvornica | © David Bailey/Flickr
For a city of under a million people, Zagreb has an excellent range of venues that stage live acts. Forever smitten by punk, underground and independent music, the city prides itself on its small and mid-range venues, which are affordable, intimate yet able to attract reasonably big names from the UK and America. In summer, everyone packs up and heads for the coast, with its busy festival agenda.

Restaurant, Nightclub, Pub, Pub Grub
Just up from the main train station and tucked inside an innocuous-looking building, this cozy, convivial little spot has assumed the mantle of the city’s main spot for live jazz. Three, maybe four times a week, a local act sets up in the corner, all very informal. There’s food too, and the Dalmatian owners making sure that the bar snacks are fresh and healthy. In summer, the garden at the Bacchus Jazz Bar offers a Mediterranean ambience away from the tram rattle of the Lower Town.
More Info
Open In Google Maps
16 Trg kralja Tomislava, Zagreb, 10000, Croatia
+38598322804
Visit Facebook page

Probably the city’s best mid-sized live venue, Boogaloo has staged some pretty decent groups and DJs in its time, from Laibach right through to Jeff Mills. Bands tend to be of the metal variety, leaning towards punk, but thrashy loud in any case. DJs often play house or techno, but the overall music policy is pretty broad. Capacity is in the 1,500 range, meaning that it can get pretty wild – such as for the recent traditional St Martin’s Day appearance by Istrian folk-rock outfit Gustafi, a ferocious celebration of the season’s new wine.

Hidden away in the former boiler room of the Electro-Technical College, KSET has been at it since the 1970s. It’s a student club that features a significant number of (mainly local) live acts, along with quiz and table-tennis nights. In fact, many bands use KSET as a showcase for a new release or even a debut. Admission is usually nominal, in the 30-40 kuna/$4.60-$6 range. Bar prices are similarly low.

Every European city should have a Močvara, a vacant industrial site given over to constantly challenging live music. It’s out of the centre but easily reached by public transport. Močvara (meaning swamp) taps into Zagreb’s long-established love of underground and independent music. Often (but not always) this tends towards the thrashy punk end of the scale, but you’ll also find DJs, rap artists, even exhibitions. The current agenda includes Ghostpoet, The Residents and Zola Jesus.

A rock bar par excellence, Route 66 hasn’t changed a bit since the visit of Bill Wyman here way back when – in fact, it was just the same before he came, they just put his photo up afterwards. Blues and rockabilly are the staples here, along with Velebitsko, a popular niche beer that enjoyed a cult following before the current mania for craft brews. A pool table and laid-back atmosphere mean that many rock up for the evening, whoever happens to be playing.

Bar, Croatian, $$$
In the same part of town as Močvara, this little treasure of a bar can best be described as the scruffy younger brother of the famed underground venue – they even share the same mural artist, the cartoonish Igor Hofbauer. Spunk is far more random though. Set below the National Library, it attracts students by day, but by night, all kinds of live acts come out of the woodwork. It could be a manic Bosnian guitarist, it could be an esoteric Japanese duo. It’s not a concert venue per se, just a bar that has its dial set on vrooom.
More Info
Open In Google Maps
4 Ulica Hrvatske bratske zajednice, Zagreb, 10000, Croatia
+38516151528
Visit Facebook page

Concert Hall, Music Venue
Tinariwen, Tvornica | © David Bailey/Flickr
A great mid-sized venue, Tvornica Kulture is intimate and revered enough to showcase lesser-known domestic acts, but professional and renowned enough for bands such as Gogol Bordello, Editors and Laibach to choose it as their Zagreb stopover. Pixies, Public Image and Nick Cave–they’ve all trodden the boards here. The main hall holds nearly 2,000 but there’s also a side space for smaller combos to try out. Throw in a decent sound system, a location within walking distance of the train station, and affordable drinks and you really can’t go wrong.
More Info
Open In Google Maps
2 Šubićeva ulica, Zagreb, 10000, Croatia
+38517778673
Visit website

Opened in 2008, the Zagreb Arena is the kind of flexible indoor venue that can host George Michael, a political convention, a handball match, a beauty industry fair and Britney Spears, all within the same fortnight. Deep Purple and Justin Bieber are more recent visitors. Capacity hovers around 22,000, depending on stage requirements. 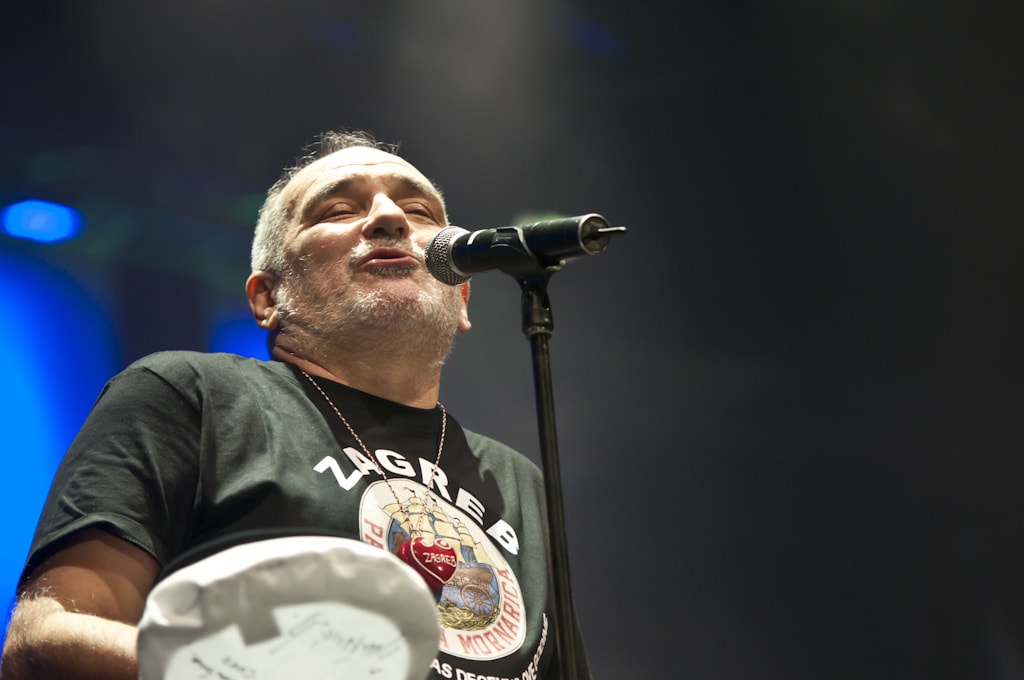