Cavtat | © Tony Hisgett/Flickr | Tony Hisgett/Flickr
Walking round the historic jewel that is Dubrovnik, you may see little reason to leave – anyone staying longer than a couple of days will want to explore further afield. Destinations for day trips include a Renaissance-era arboretum, Europe’s longest defensive wall and the island that is said to have produced Marco Polo.

Natural Feature
© Grethe Ulgjell / Alamy Stock Photo
The most obvious and easy day trip from Dubrovnik is to the nearby island of Lokrum – in season, taxi boats regularly head out from Dubrovnik’s Old Port alongside the main square. Steeped in legend, Lokrum is an idyllic getaway and a holiday retreat for 19th-century Habsburg royalty. We have Archduke Maximilian, of Mexican execution fame, to thank for the wonderful botanical gardens still flourishing here. There’s a long-established myth that Benedictine monks put a curse on the island after being chased off by Napoleon’s troops. The ruins of the French fortress can also be visited.
More Info
Open In Google Maps
Dubrovnik, Dubrovnik-Neretva County, Croatia

From Dubrovnik, a city bus runs down to Cavtat, close to the airport. Settled by Ancient Greeks and Romans, whose underwater remains can be observed by taking one of the many local diving tours on offer, Cavtat is today most associated with the fin-de-siècle painter Vlaho Bukovac. You’ll find examples of his work, portraits, landscapes, and pointillist paintings at his gallery on the side street that bears his name. The nearby yacht-lined waterfront is where to find a number of cafés and restaurants. 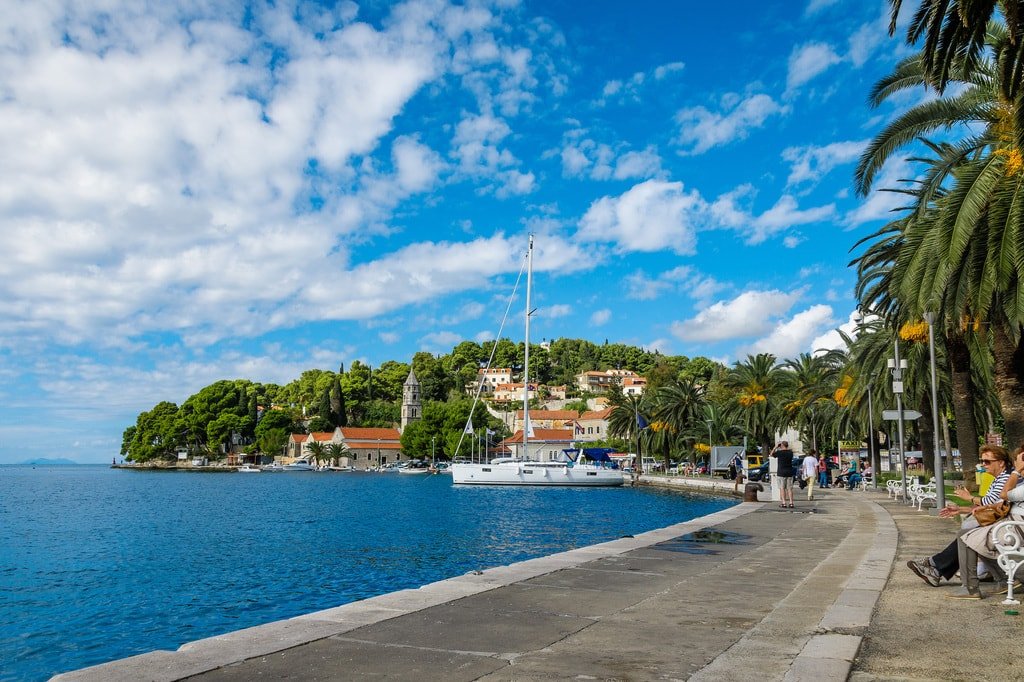 Konavoski Dvori is both a restaurant and a tourist destination in its own right. Many arrive here on an organised bus tour, with the aim of sampling authentic Dalmatian cuisine prepared in the traditional way; ispod peke is slow-cooked in hot embers under a bell-shaped lid; octopus or lamb is the usual centrepiece to the succulent repast. Waitstaff dress in folksy costumes but everything else is as was hundreds of years ago — the swift-flowing Ljuta brook, the lush greenery, the fresh produce. 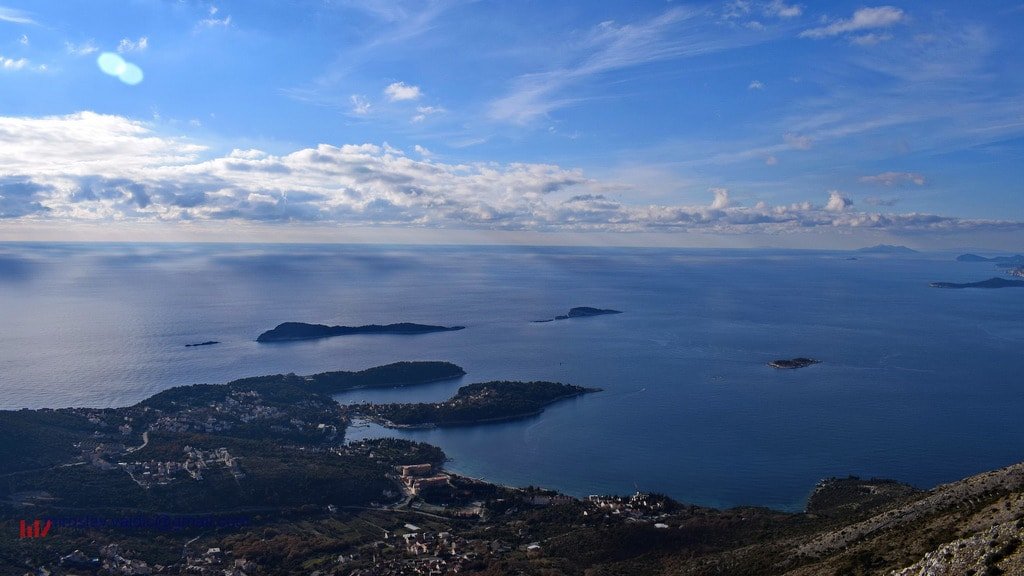 Twenty minutes from Dubrovnik, the twin settlements of Zaton Mali and Zaton Veliki cling to a lovely sheltered bay. The scenic walk between them, along the waterfront, provides reason enough to visit, but you’ll also find a number of taverns, cafés and beaches. Many visit, however, with one aim in mind: Visit Gverović-Orsan (Štikovica 43, Zaton Mali, +385 20 891 267). Set on the Dubrovnik side of the bay, this legendary restaurant celebrated its 50th anniversary in 2016. The family converted an old nobleman’s boathouse into a waterfront haven for seafood lovers. Their classic black risotto dish remains as popular as ever. 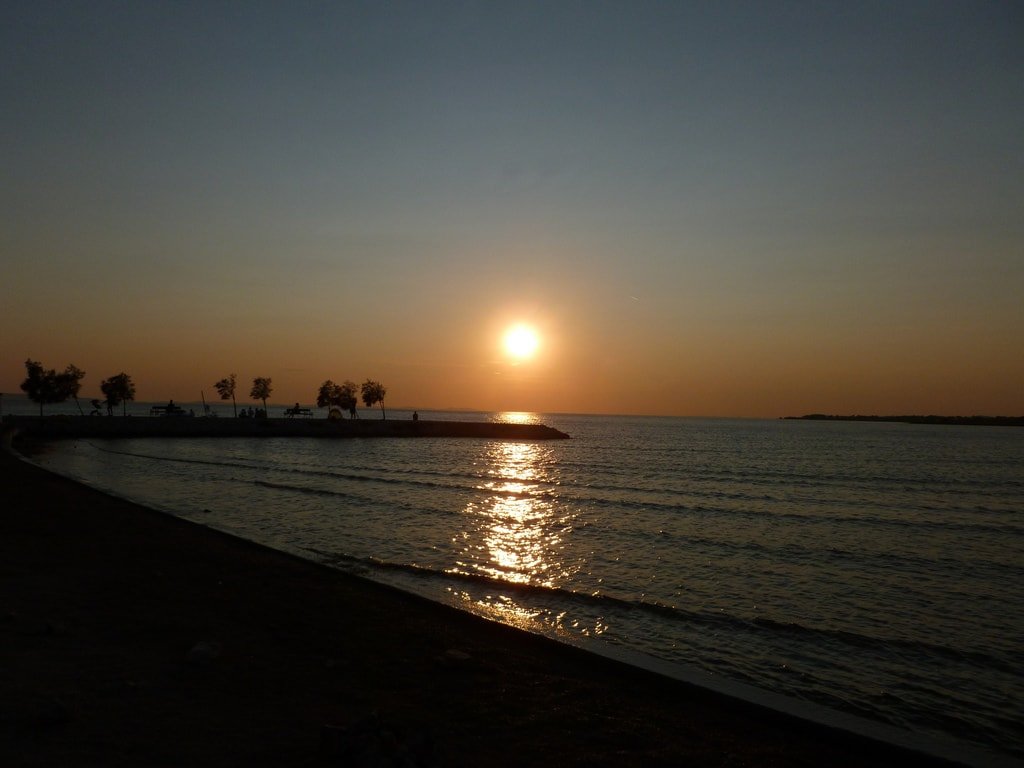 At the gateway of the wine-growing peninsula of Pelješac, a short drive north of Dubrovnik, the Walls of Ston were originally built in the 1300s to protect the salt pans here. This was the northernmost frontier of the Ragusa Republic, administered from what is today’s Dubrovnik. Half the towers and walls remain, though much was lost in the terrible earthquake of 1996. The longest defensive wall in Europe, Ston is also the stage for the marathon that takes place here every September. 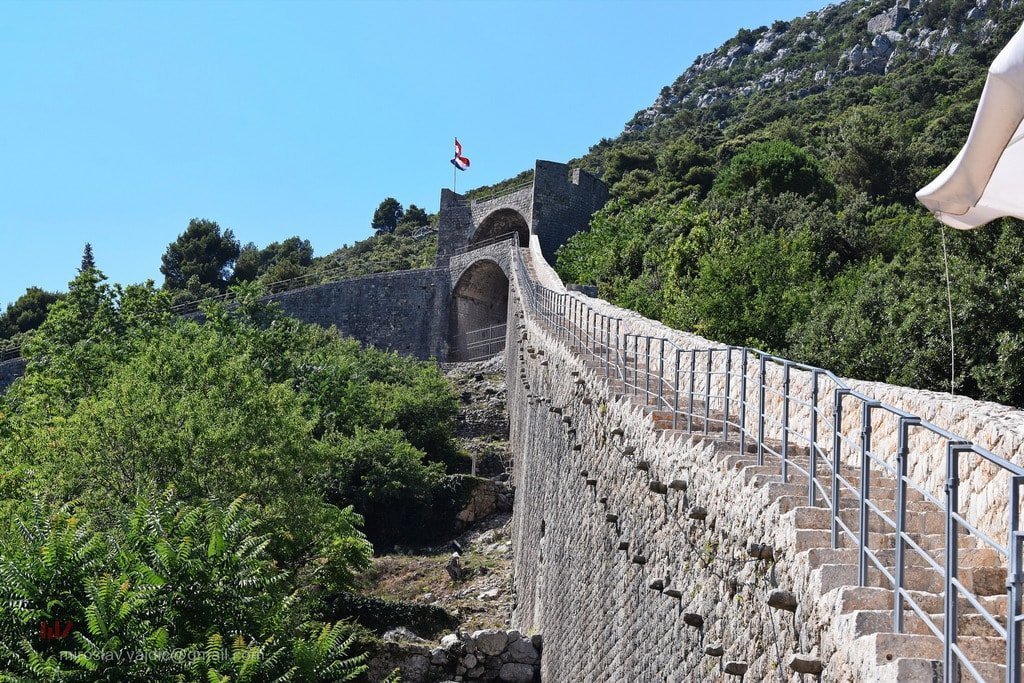 After Lokrum, the Elafiti islands are the most popular day trip from Dubrovnik. They can be visited on a one-day picnic deal, or individually, and independently. If the latter, then Šipan is your best bet. As well as the odd curious treasure – an old church here, a noblemen’s villa there – Šipan has the best choice of restaurants, concentrated in its two villages of Suđurađ and Šipanska Luka. If you happen to sail back early the next morning, your travelling companions will probably include islanders taking their melons to market on the mainland. 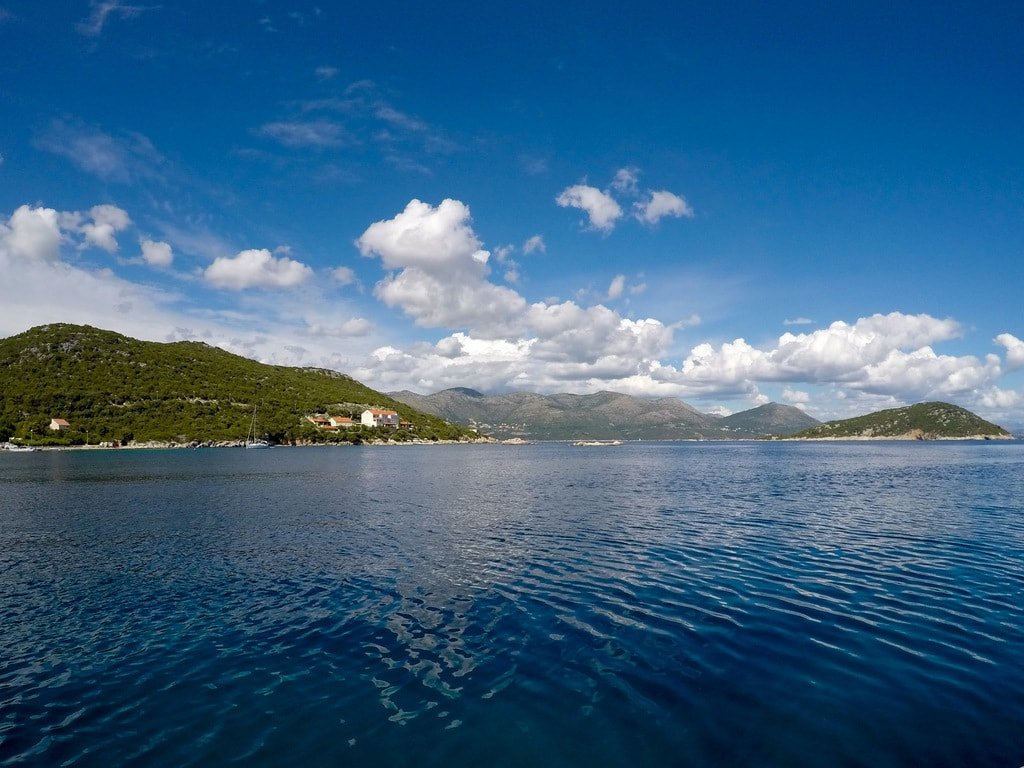 Much of the top-quality wine you see served in the better restaurants of Dubrovnik comes from Pelješac, the hilly peninsula a short drive north. Here, at the centre of Dalmatia’s wine-growing region, vineyards produce outstanding reds. Of the many wineries and cellars dotted around Pelješac, the one run by the Grgić family at Trstenik is the most notable, headed by Mike Grgich, who made his considerable name in Napa Valley, California. Its Plavac Mali is equally legendary and well worth stopping by to sample in situ. 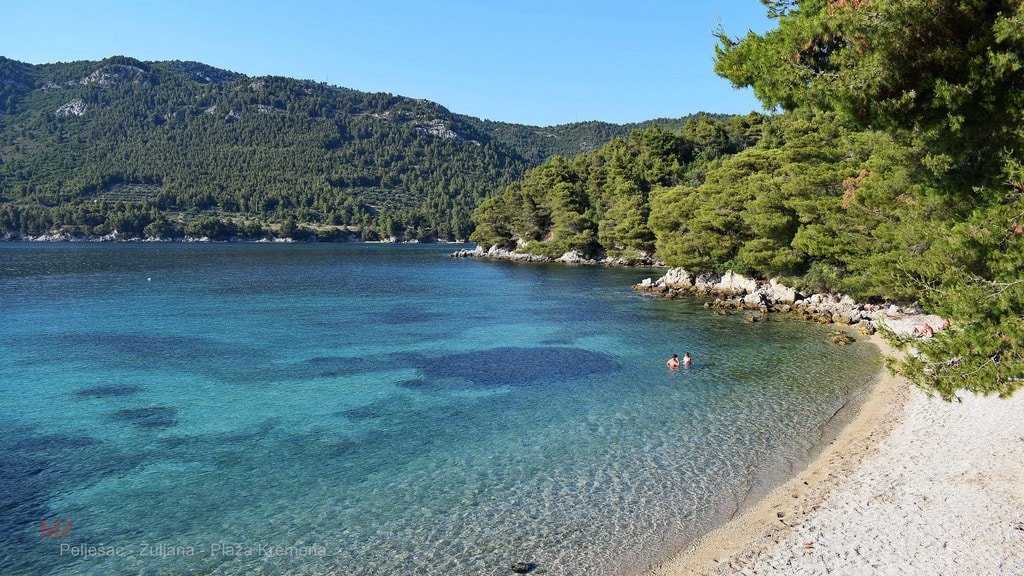 Accessible by catamaran from Dubrovnik in summer and by 45-minute ferry from nearby Prapratno in winter, idyllic Mljet was revered by the Ancient Greeks and later settled by monks. Mljet today is one-third national national park, two-thirds wild greenery, fringed by unspoiled coastline. Its main sight is the medieval monastery that centrepieces one of two lakes in Mljet’s south-west corner, the inner one accessible by rowboat. Hiking and cycling tours allow you to ex

]plore the rest of the island, including the sandy beaches of Saplunara at the far eastern tip. 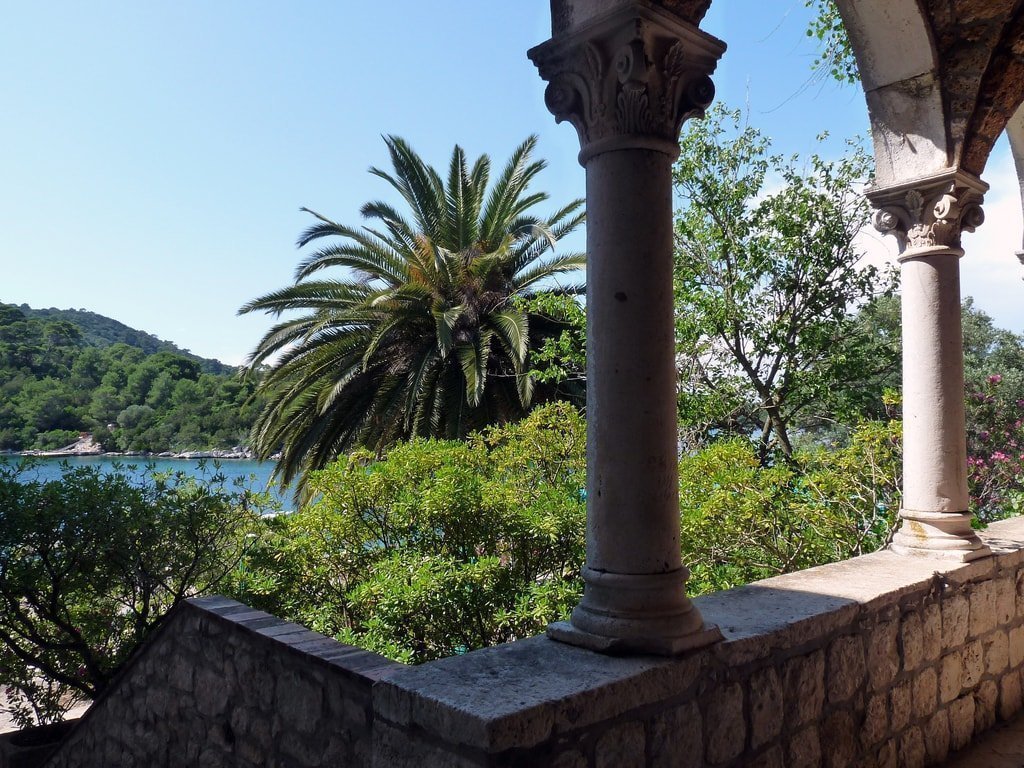 Botanical Garden
Trsteno Arboretum | © Isabell Schulz/Flickr
One of the many settings for ‘Game of Thrones’, the Trsteno Arboretum outside Dubrovnik is a botanical garden created in the Renaissance era by the long-established noble Gozze dynasty. This was their estate, and to embellish it, they requested captains of the ships that regularly departed from Dubrovnik from the late 1400s to bring back seeds and plants from far-flung foreign parts. The exotic offspring from those journeys helped create this arboretum. Note also the 15th-century summer residence of the Gozzes, which you can also visit.
More Info
Open In Google Maps
Trsteno, Dubrovnik-Neretva County, 20233, Croatia
+38520751019
Visit website

Natural Feature
© imageBROKER / Alamy Stock Photo
Often referred to as a mini-Dubrovnik, Korčula is, by contrast, Venetian in origin, its historic walls containing sights rare and interesting enough to warrant the three-hour drive from Dubrovnik. It’s a journey made easier by summer sailing schedules, but one by no means impossible in winter. Boats shuttle across to Dominče near Korčula from Orebić on the Pelješac peninsula. The jewel in the crown here is striking St Mark’s Cathedral, built over the course of a century from the 1400s onwards. Within, you’ll find pieces by Tintoretto and weaponry created to counteract the then constant threat of Turkish invasion. A less prominent sight is the House of Marco Polo, the famed medieval traveller said to have born on Korčula.
More Info
Open In Google Maps
Korčula, Dubrovnik-Neretva County, Croatia
Visit website